The Japanese driver visited his home country of Japan with the Indy 500 hardware. 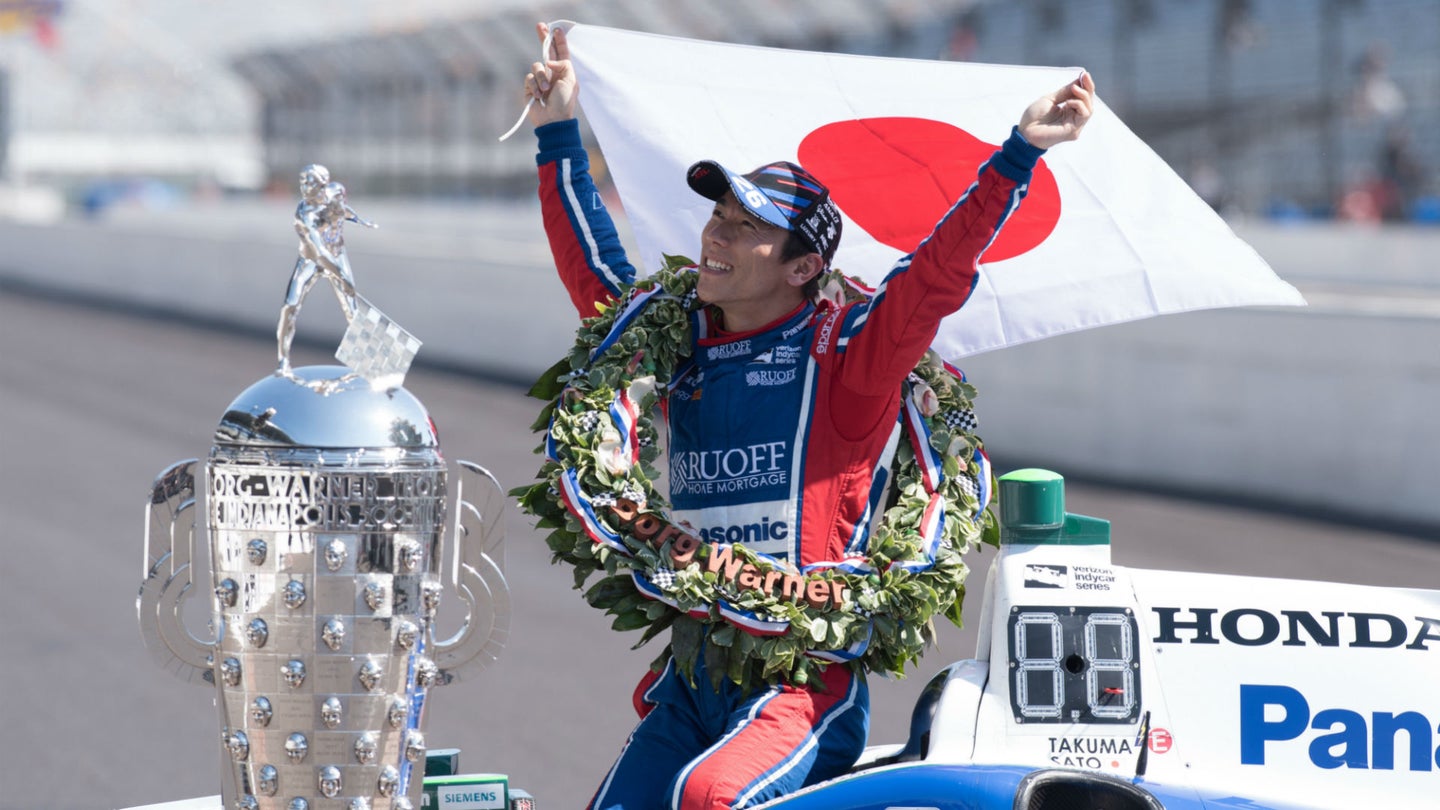 Takuma Sato, the 2017 Indianapolis 500 champion, became the first man to take the Borg-Warner trophy outside of the United States during a recent tour of Japan. The 40-year old driver visited several stops along the campaign trail such as the famed Motegi circuit and other major Honda landmarks, bringing in motor racing fans from across the country.

"It was historic for the Borg-Warner Trophy to leave the United States for the very first time ever, and come to Japan, it makes us all proud," said Sato. "I have been very fortunate to spend so many years with Honda, and to win the Indianapolis 500 with them has been a dream. I love the Indianapolis 500 and the Borg-Warner Trophy and to share my win and the trophy here in Japan has been something I will never forget."

Additionally, the hardware attracted the attention of ex-Formula 1 star Jenson Button who also came along for the ride to Japan. His upcoming efforts in the Super GT series have made him a star in the country, much like the Borg-Warner Trophy, and he was sure to compliment the decorated bit of kit as a result.

"That is one amazing trophy," said Button. "There are so many of my friend's faces on it and so many Formula 1 drivers who won at Indy, too. Neat to see Dario and his three silver faces – and look at Takuma, what a proud smile!"daf

Sato's visit with the cup is scheduled to end next week with both returning to the States shortly afterward.

What's It Like To Have Your Face on the Indy 500 Trophy?
The Drive
MORE TO READ