Does not compute. Then again, neither does most of SEMA. 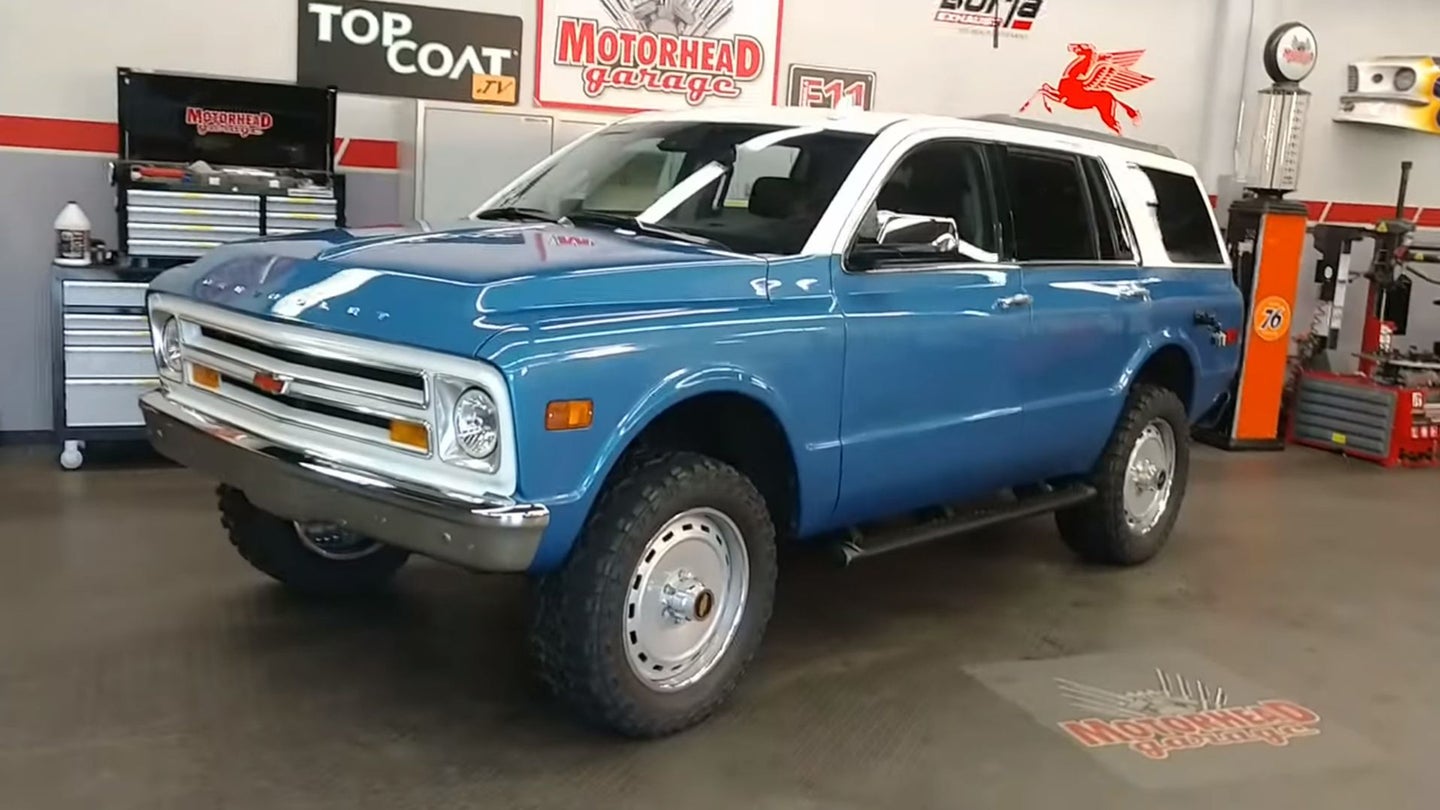 Companies and enterprising builders alike are starting to tease their work ahead of the 2019 SEMA Show in Las Vegas happening early November. One of those projects is this Chevrolet K5 Blazer tribute based on a 2018 Chevy Tahoe—in other words, a retro Blazer-Tahoe mashup that's seriously messing with our eyes and brain.

This custom unit hails in from Motorhead Garage’s host John Gardner, who recently teased this concept created by Flat Out Autos in Jonesboro, Arkansas on Facebook. Flat Out specializes in coach-built and resto-modded American classics, with one of its most notable projects, a reworked 1958 Chevrolet C2 Corvette, selling at Barrett-Jackson for $350,000 in 2018.

This specific creation is dubbed the "Retro Tahoe" and is scheduled for a 2019 SEMA reveal. It pays tribute to the styling of the original and iconic K5 Blazer built between 1969 and 1972. Its front and rear ends are mainly inspired by the original truck’s design cues from the initial 1969 model year. But whether the mashup of the two vastly different designs actually works or not is certainly a topic for debate.

The project overall looks cleanly done, all the way down to the classic-style Chevy truck wheels and the signature center grille bar, which only came on the 1969 model and has become famous among Chevy truck enthusiasts. Not much else is known about the truck, such as what lies under the hood or if it has a trick suspension or interior gadgets. It would be cool if it came with the "V-8-like" all-electric crate motor from Electric GT, but that most likely won't happen.

With SEMA just around the corner, it won't be long until we find out what else this mind-bender of a custom ride packs under the hood and behind closed doors.

The off-road-friendly machine lived its first years in Montana and hopes to find its new home with you, in the great outdoors.

Now you can get the affordable, five-seat Tahoe Custom with cool black accents.