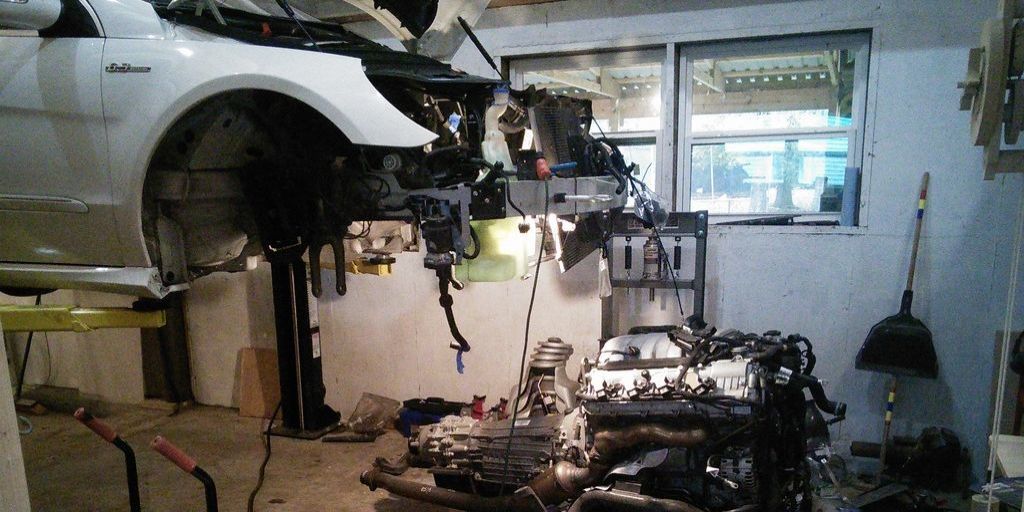 German performance cars aren't known for their low maintenance costs. Mercedes-AMG models prove that statement to be especially true, and this owner found that out first hand. He posted back in January that his R63 AMG needed an engine repair, one that the dealer quoted him a $57,000 estimate for, forcing him to make a decision that would either make or break both his budget and sanity. After an eight-month period of trial and error, Grassroots Motorsport forum member mazdeuce just finished up what would've been one of the most costly car fixes to date.

His rare R63 AMG had a catastrophic engine failure at 106,000 miles, leaving him with a major dilemma. After learning how much it would cost to have the repair performed at a shop, mazdeuce opted for the more economical choice—buying his own lift and doing it himself. That way, he wouldn't have to choose between dishing out a huge stack of cash and selling it for scrap.

It began with an engine disassembly that would soon be followed by loads of preventative measures. Mazdeuce resurfaced and machined bits and pieces to make sure everything was in order while also keeping his conscience clear of ever having to do it again. He detailed all of his work throughout a 98-page thread, one that you can view here.

But after all that work, a video he posted online in late May proves that it all worked out in the end.

Although this endeavor took more than just average mechanical knowledge to undertake, it clearly paid off for someone who didn't want to spend the price of a new Mercedes in maintenance.

Do you have any stories that compare to a crazy tale like this? Drop us a line in the comments or on our Facebook page.