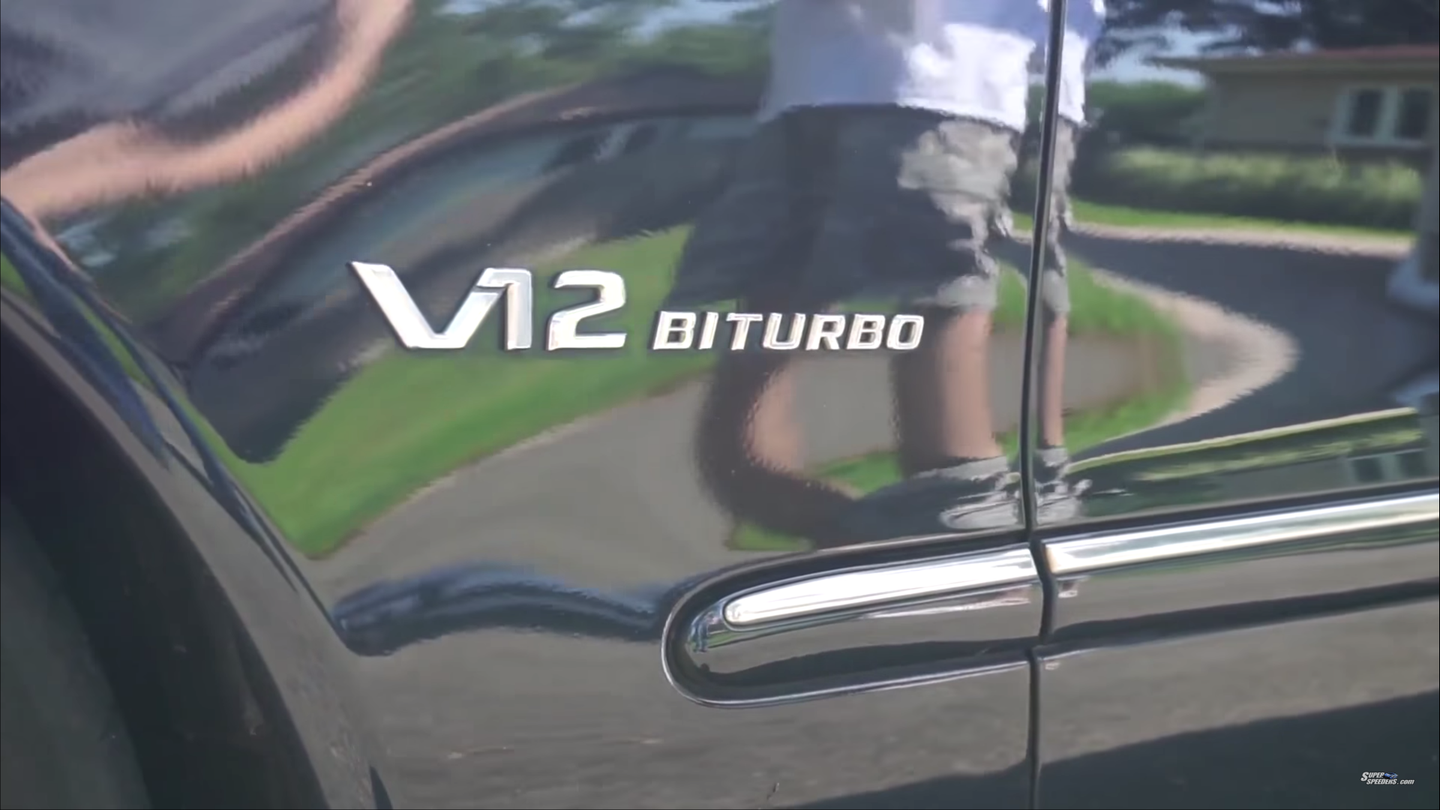 German luxo-barges are usually known for their wicked speed, unmatched luxury, and, to the chagrin of their owners, horrible depreciation. Mercedes-Benz AMG models seem to get it the worst, as we can see here with this 2006 S65 AMG. It's been owned by the same man since new, and with nearly 150,000 miles, this thing has absolutely tanked in value. He bought it for about $200,000 back in the day, and now, he's allegedly sold it for just $3,750.

YouTuber SuperspeedersRob went and visited this car to check everything out. A quick run-through of the car is given to show that everything lines up, and honestly, there isn't even much wrong with the car. Besides common wear and minor dings, it's in great shape for a car with this many miles, not to mention one that is being sold for the price of a used Corolla.

The twin-turbo V12 in this car was enough to push it to 200 miles per hour when new thanks to 604 horsepower and a mountainous 738 pound-feet of torque. A clip in the video below shows Ferretti racing one in his old Lamborghini Murcielago, and it kept up with the Italian supercar while hauling four people. That's a lot of oomph, no matter the price point, and to pick up a speed-demon like this at such a low dollar amount is equally impressive and sad. Probably just the latter if you're the guy selling it.

All of this equates to a top-tier luxury car with the right badges, the right engine, and the right equipment going for dirt cheap. It'd be a fun challenge to find what other cars you could find on Craigslist for the same price, but we'll save you the work and let you know that it's just a list of Ford Tauruses, Honda Accords, and beat to hell BMW E36s.

Do you have a crazy story about depreciation like this? Can you top this one-owner, daily driven S65 AMG? Leave a comment below or hit us up on Facebook to pitch your experience.