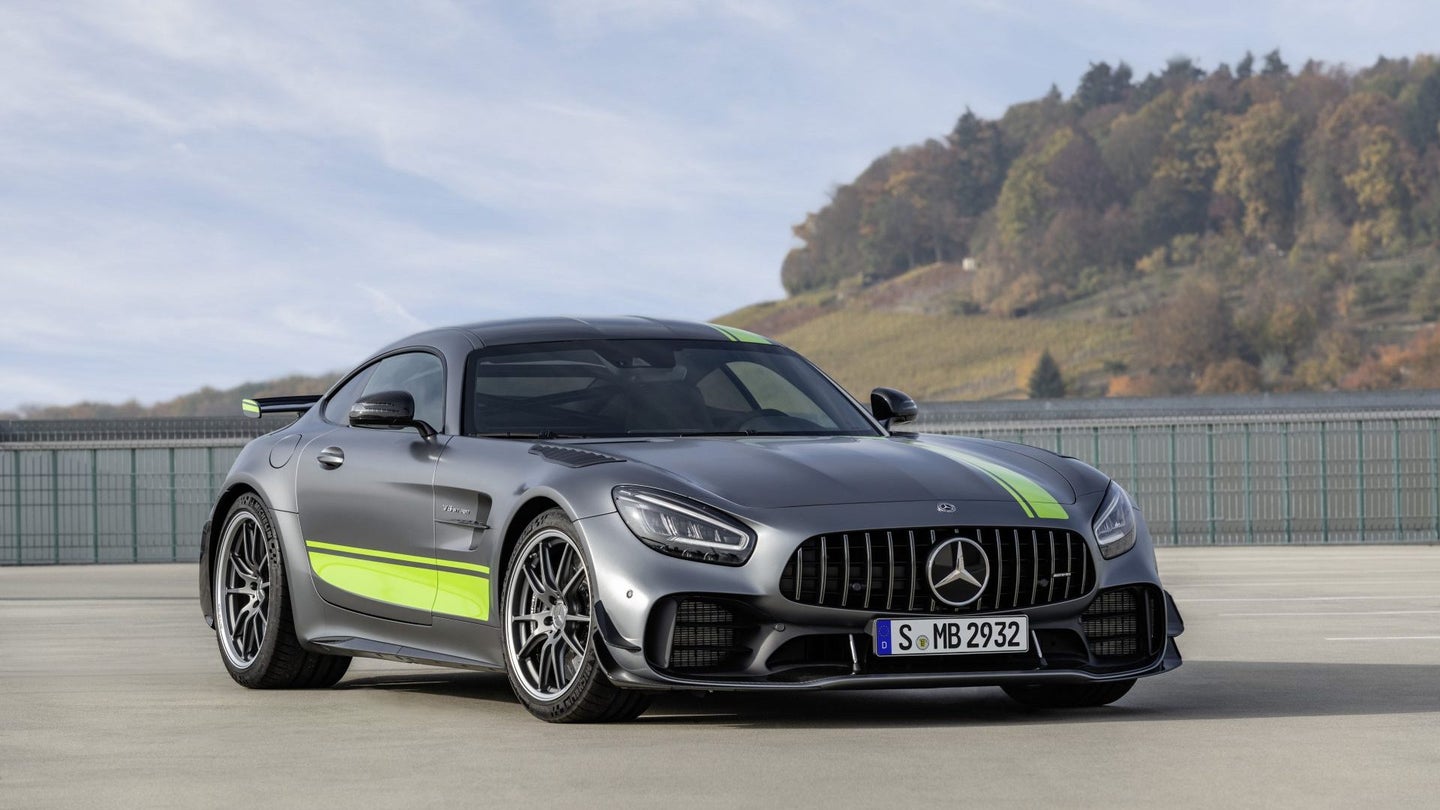 Mercedes-AMG will reportedly revive the retired "Black Series" moniker typically reserved for its fastest and most extreme vehicles in 2020, and it will do so on its popular AMG GT supercar, effectively creating the AMG GT Black Series.

AMG last sold a Black Series vehicle in 2014, the final year for the production of the SLS AMG Black Series. This car was over 150 pounds lighter and almost 60 horsepower stronger than the model on which it was based, and the AMG GT Black Series is said to get a comparable increase in power over the base GT.

According to Autocar, the 4.0-liter twin-turbo V8 used in the GT will be re-tuned to offer at least 630 horsepower, or at least 161 more than the AMG GT. Even the highest-proof GT available today—the R Pro—comes up far short at 577 horsepower. Likewise, the GT Black Series should have the 3,594-pound GT R Pro beaten on weight, and will reportedly come in at around 3,472 pounds (1,575 kilograms).

"It's coming. Just last week I drove it," confirmed Tobias Moers, head of AMG, to Autocar. "It will be the fastest AMG yet, bar the One. Not in terms of top speed, but lap times."

The AMG GT R Pro was announced in November to have strung together a terrific 7:04 around the Nürburgring, putting it within seconds of the far more expensive Porsche 918 Spyder. Given the alleged AMG Black Series's reduced weight and increased power, the model may start to come within a reasonable distance of the Porsche 911 GT2, which ran a 6:47. Moers reportedly said the AMG Black Series will make for "great competition with our close [Stuttgart] neighbor."

Scratch Ferrari’s back and it’ll scratch yours with a personalized, custom-built supercar.

In the words of fashion icon Coco Chanel, ‘In order to be irreplaceable one must always be different.’