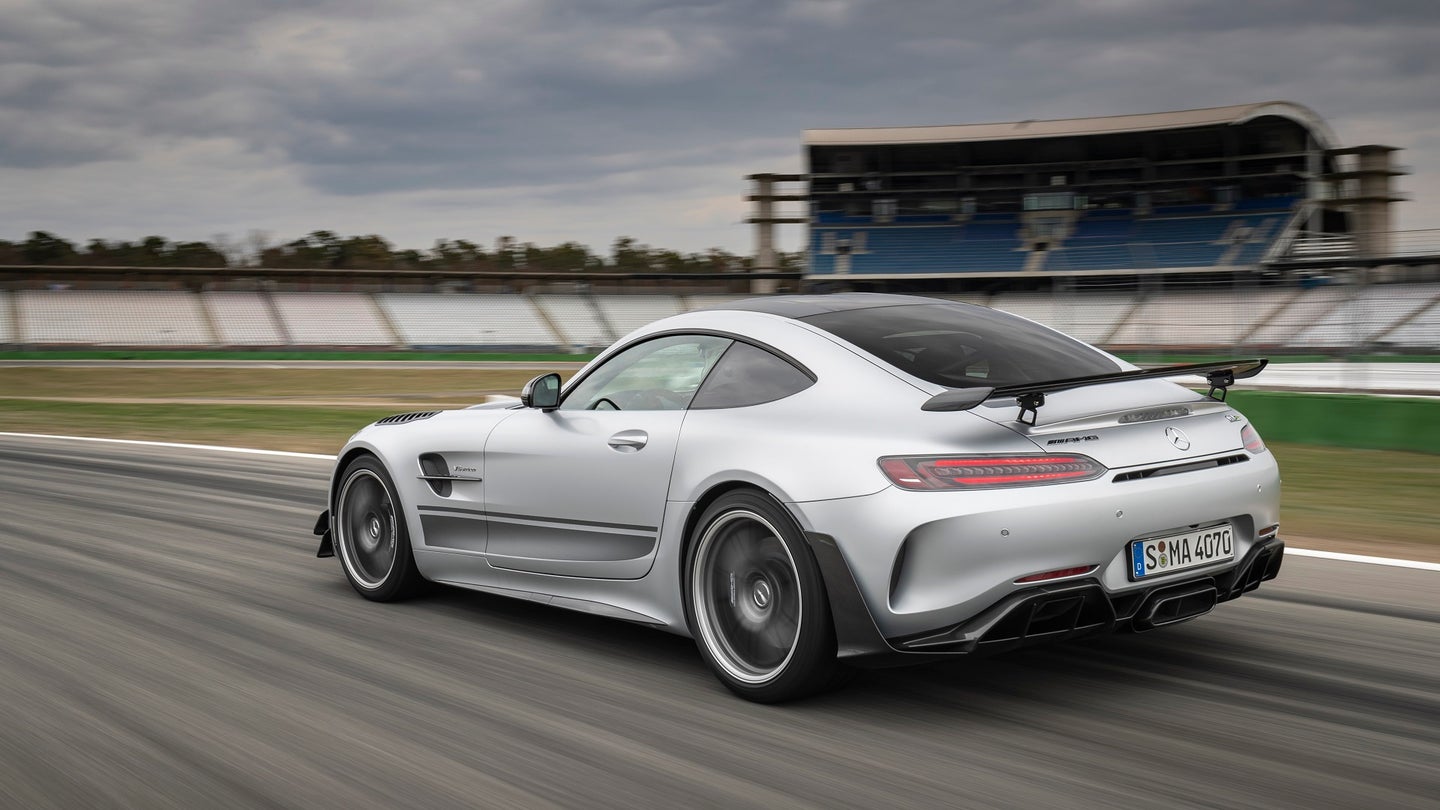 It's time to start saying goodbye to rear-wheel-drive-only Mercedes-AMG cars, because going forward, all hot Benzes will come with all-wheel drive standard—AMG GT included. In an interview with Autocar, Mercedes-AMG chairman and CEO Tobias Moers said purely RWD cars will be going the way of the dinosaur because AWD is just what people want these days.

Those looking to participate in sideways AMG shenanigans aren't completely screwed, however, because Moers reminds people that the AWD system in the new E63 happens to come with on-demand RWD. "In the new E63 with drift mode, you have a real rear-wheel-drive car but with four-wheel drive also."

Speaking specifically on an AWD AMG GT, Moers told Autocar, "When I ask customers about the GT, they ask me about AWD. Regarding our competition, this is the downside of the AMG in terms of usability. People in Munich, for example, always, always ask for 4WD—I think it's for safety and stability."

In the same report, the AMG boss confirmed that the brand's signature V8 engines would soon get hybrid assistance saying, "we are not going to push the performance output of the V8 in future." Specifically, this would involve a plug-in hybrid system with an electric rear axle debuting on the AMG GT 4-Door. If that layout sounds familiar, that's because Porsche offers a very similar product in its mind-bending Panamera Turbo S E-Hybrid.

2019 Mercedes-AMG E53 Coupe Review: Not the AMG You Expect, But Pleasant All the Same

Mercedes fires another half-caf latte onto the menu for those who don’t need the full-strength version of an AMG.