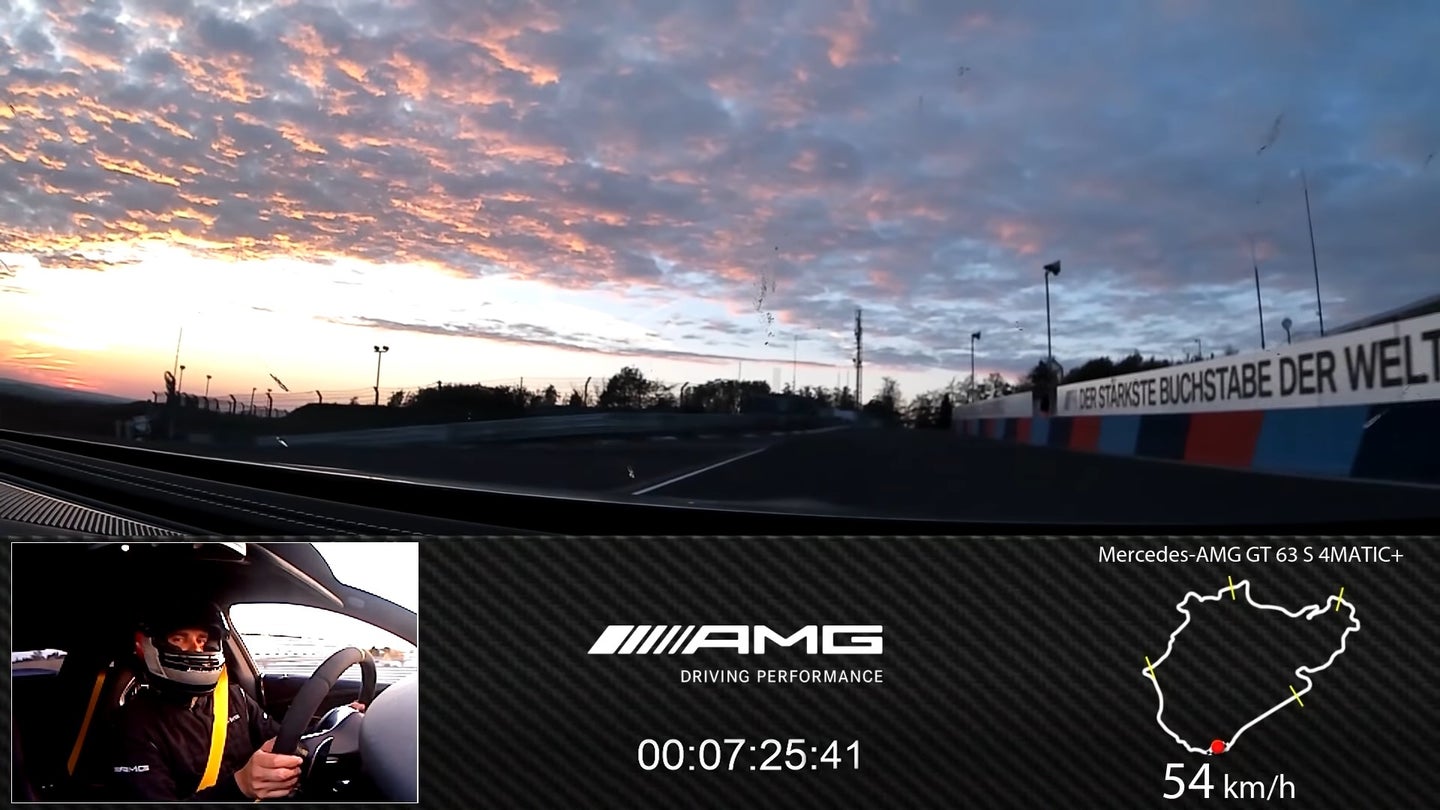 Despite what some might think of Nürburgring lap times, Mercedes-AMG has gone ahead and made claim to a new production car record: 7:25.41 around the North Loop in a four-door AMG GT 63 S 4MATIC+, making it the fastest "fully-fledged four-seater" to lap the German race track.

No, it isn't as fast as Jaguar's XE SV Project 8 that did it in 7:21.23 and holds onto the production sedan record, but the AMG did beat the Alfa Romeo Giulia Quadrifoglio's 7:32. So how is this a record, you may ask? Well, according to Motor1, the company claims that the Project 8 Jag used in its record run had a roll cage in the back instead of rear seats, as confirmed by JLR's press release on the matter, and technically making that car a two-seater.

Here's the onboard footage of the mighty impressive run, if you're interested.

So we guess this really is the fastest car to lap the 'Ring with four seats...except the Chevy Camaro ZL1 1LE did it in 7:16.04 and seats four as well.

Okay, we got it. The 2018 Mercedes-AMG GT 4-door 63 S 4MATIC+ is the fastest four-door car to lap the Nürburgring Nordschleife with its back seats intact.

Fine print, loopholes, and shenanigans aside, 7:25.41 is not a time to scoff at. To put it into perspective, AMG's own SLS Black Series track-slaying supercar performed the stunt in over 0.2 seconds slower than this thing. A Ferrari Enzo takes 7:25.21. What a time to be alive.