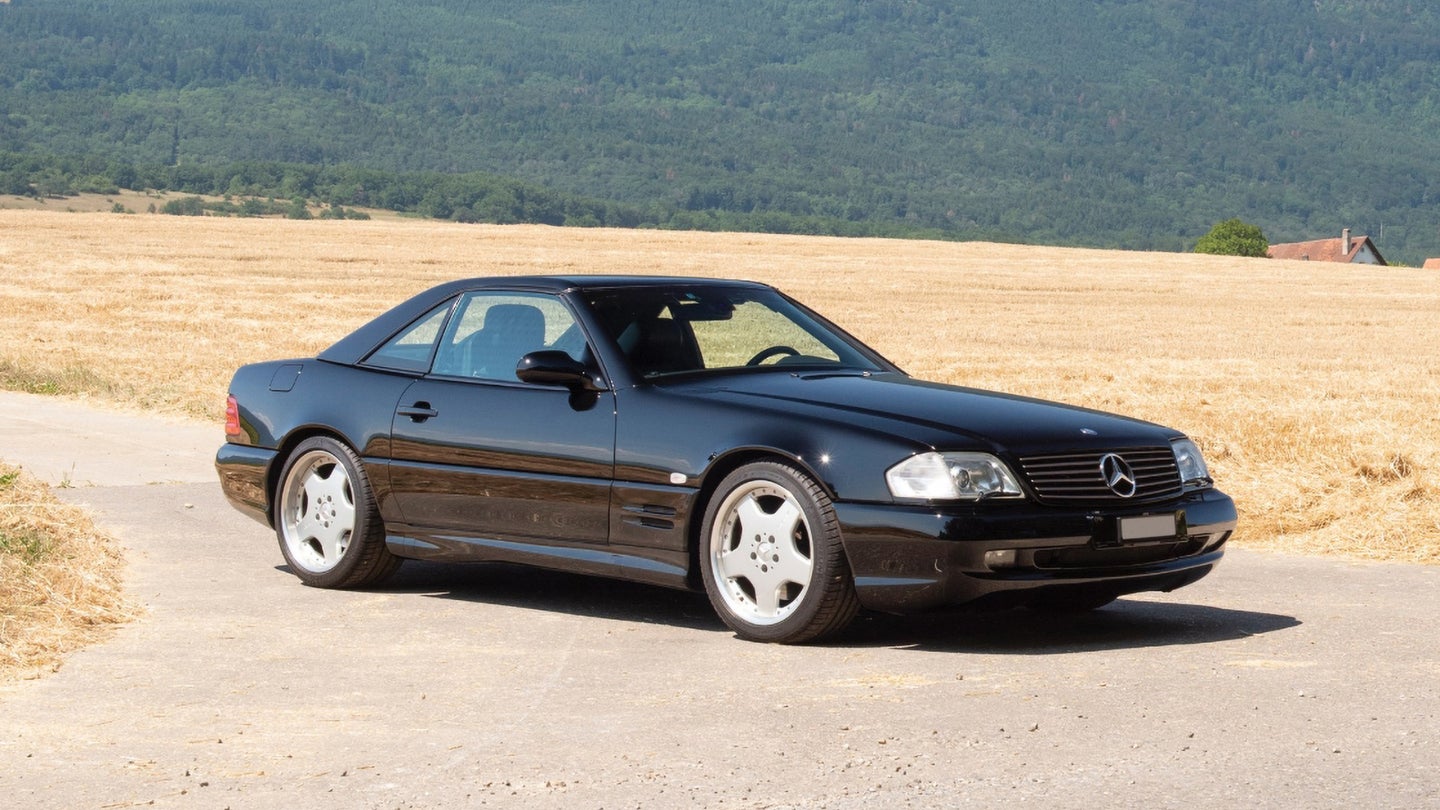 This is no ordinary Mercedes-Benz SL-Class. Although it may look like your typical R129-gen car from the late 1990s, it’s actually rarer than a Pagani Zonda supercar. That’s because this specific SL on sale courtesy of RM Sotheby’s is one of only 85 AMG-modified SL 73s in existence—basically a top-specification V12 SL 600 done up by AMG itself.

Built between 1995 and 2001, the R129 SL 73 is essentially the precursor to the modern-day SL 65 AMG. Engineers took the already-potent 6.0-liter V12 from the SL 600, bumped its displacement to 7.3-liters and modified its technical workings to produce a whopping 525 horsepower and 553 pound-feet of torque. To this day, the SL 73 features the largest displacement V12 ever fitted to any road-going Mercedes-Benz.

Its engine was so potent that Pagani chose to use it in the production of its Zonda supercar. Shockingly, there are three times as many Zondas in the world as there are SL 73s.

Mercedes-AMGs may seem commonplace nowadays but back when this SL 73 was new, it came from a time when AMG was still independent of Mercedes-Benz. It wasn’t until 1999 that Daimler-Chrysler AG purchased its first official controlling stake in AMG.

In addition to being forbidden fruit on U.S. shores, any official AMG-modified R129 SL Class is a rare beast as the company churned out only 300 examples total worldwide in any form.

This specific Merc is a left-hand-drive, Japanese-market car having clocked only 35,000 kilometers, or about 21,747 miles. A price estimate isn’t mentioned in the auction listing, but a similar 1996 SL 73 with 91,000 kilometers sold back in 2015 for around $131,220. With that in mind, we imagine this black-on-black gem won’t be had for cheap when it goes to its next owner.