The exhaust costs more than the car itself, but it’s totally worth it. 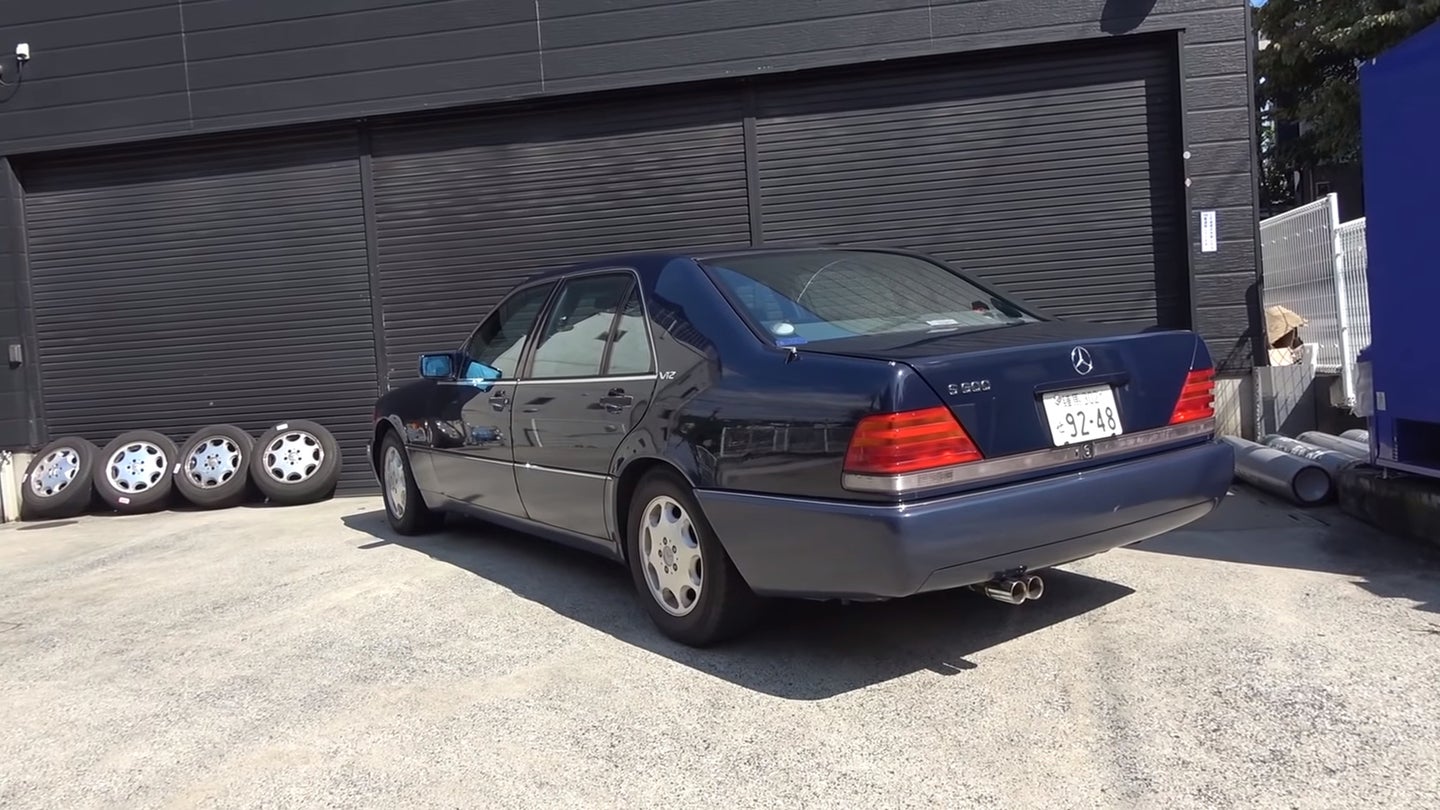 If you ever wondered why the Pagani Zonda sounds so damn good at wide-open throttle, it's partly because it comes with an uprated AMG version of Mercedes-Benz’s first-ever production V12. That engine, colloquially named the “M120,” first surfaced in the R129 SL 600 roadster and W140 S600 sedan in 6.0-liter form. Because of its bloodline, someone in Japan bought a used W140 S600 and then slapped a $12,000 Formula 1-style exhaust system on it to see if he could yield similar audible results. And well, it’s pretty ridiculous.

Freelance auto writer Ken Saito teamed up with his friend Gordon Cheng to document the making of the world’s loudest and craziest sounding W140 V12 S-Class on Jalopnik.

Normally, the S-Class is a calm, comfortable, and sedate luxury sled meant for transporting its occupants in the most refined way possible, and in the most German way possible. So making one sound like a Formula 1 racer is almost downright blasphemous.

But before anything could be done, Cheng first had to source a suitable candidate. He'd finally won a clean example at auction, but before he even touched the car he sent his new-to-him S600 to another man named Sasaki.

Sasaki-san owns and operates one of the country’s most renowned aftermarket exhaust shops for modifying Mercedes-Benzs. But more so, Sasaki-san is one of the few people in the entire country who knows how to construct a Formula 1-style exhaust system, and that expertise is what made the project cost more than the typical book value of a W140 S600.

To achieve the signature high-pitched wail of a Formula 1 race car exhaust, the exhaust headers need to be equal length, all while being channeled in a six-to-one fashion—for each bank of cylinders—that extends the whole length of the car to the tip at the rear end. Knowing that the car can’t be driven with such a loud exhaust on a daily basis, Cheng had Sasaki-san equip a remote-actuated butterfly valve to control the noise output.

It’s a rather interesting concept since the S600 isn’t any faster than it was from the factory and that exhaust noise isn’t really matched with blistering speed, despite 400 or so horses from the V12 stock. Let’s not forget, the W140 weighs close to 2.5 tons.

Have Benz, will drift.