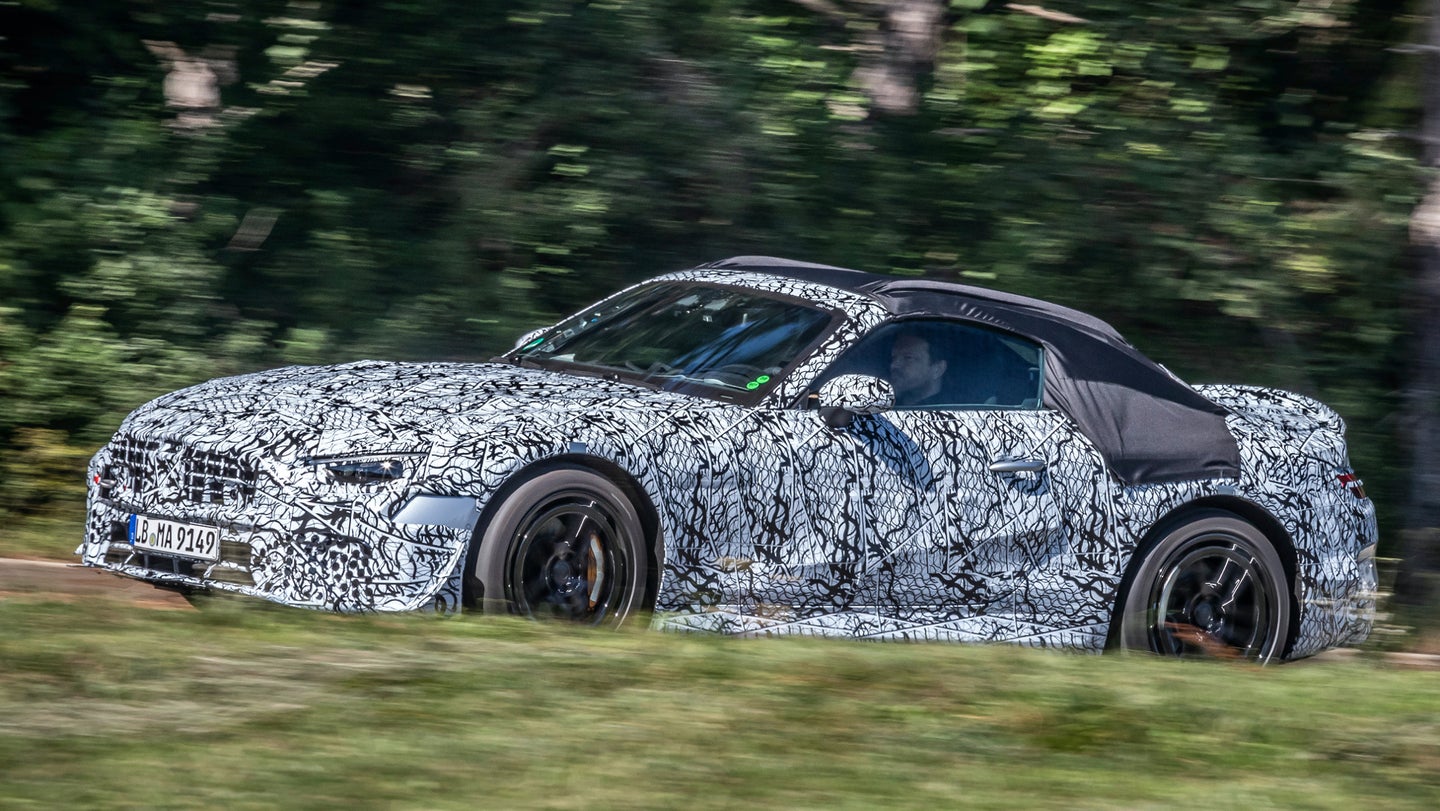 The new 2022 Mercedes-AMG SL Roadster is finally testing on the open road, and from what we can spot through the camouflage, it's at least got the pleasing proportions down right.

The Mercedes-Benz SL was one of the classiest drop-tops on the road for decades, but in more recent years, it got lost in Merc's lineup. It wasn't as fast as the Mercedes-AMG GT Roadster, but wasn't as swanky as the S-Class cabriolet.

This time, Benz's performance division Mercedes-AMG took the lead in developing the eighth-generation SL Roadster alongside its next-gen AMG GT. Mercedes-AMG announced today that this next-gen SL has made it past digital development, test stand runs and simulator trials to start testing on the open road.

They've already been testing the SL Roadster at the Daimler's Test and Technology Center in Immerdingen, Germany. Now it's testing on public roads to experience the real-life conditions of straßenschäden and caravans hogging the left lane of the Autobahn. Mercedes-AMG refers to this stage a bit more tactfully, calling it "a scheduled phase of wide-ranging dynamic driving tests." Either way, the massive four-wheel disc brakes shown in these photos should help the new SL Roadster handle any abrupt stops or slow-downs it needs to make.

From what we can see from the heavily camouflaged photos Mercedes-AMG released, the SL Roadster appears to have the soft top we were expecting, quad tailpipes and a long, graceful hood. There doesn't appear to be enough space behind the driver and passenger seats for a second row, quashing the earlier reports that the next SL could become a 2+2. Mercedes-AMG promises that their "reinterpretation" will call back to the SL's roots, which go all the way back to the beautiful 300 SL race car in 1952.

Production of the previous Mercedes-AMG SL 63 drop-top ended in 2019. As previously reported, this next-generation SL-Class is expected to offer gas, hybrid and electric versions, with this new Mercedes-AMG SL Roadster taking the SL 63's place. While Mercedes-AMG didn't give us a timeline in this announcement, but we expect the new SL Roadster to launch in 2021 as a 2022 model.

If you happen to see this next-gen SL Roadster wandering around with less camouflage on or have anything else you'd like to tell us, please get in touch: tips@thedrive.com.

Maybe it’s a bump from The Last Dance. Maybe it’s because Jordans continue to grace many feet. Either one, that’s one pricey nineties Benz.