The Native American tribe is using drones to refill pig traps in an attempt to curb the annual $2 billion in damages. 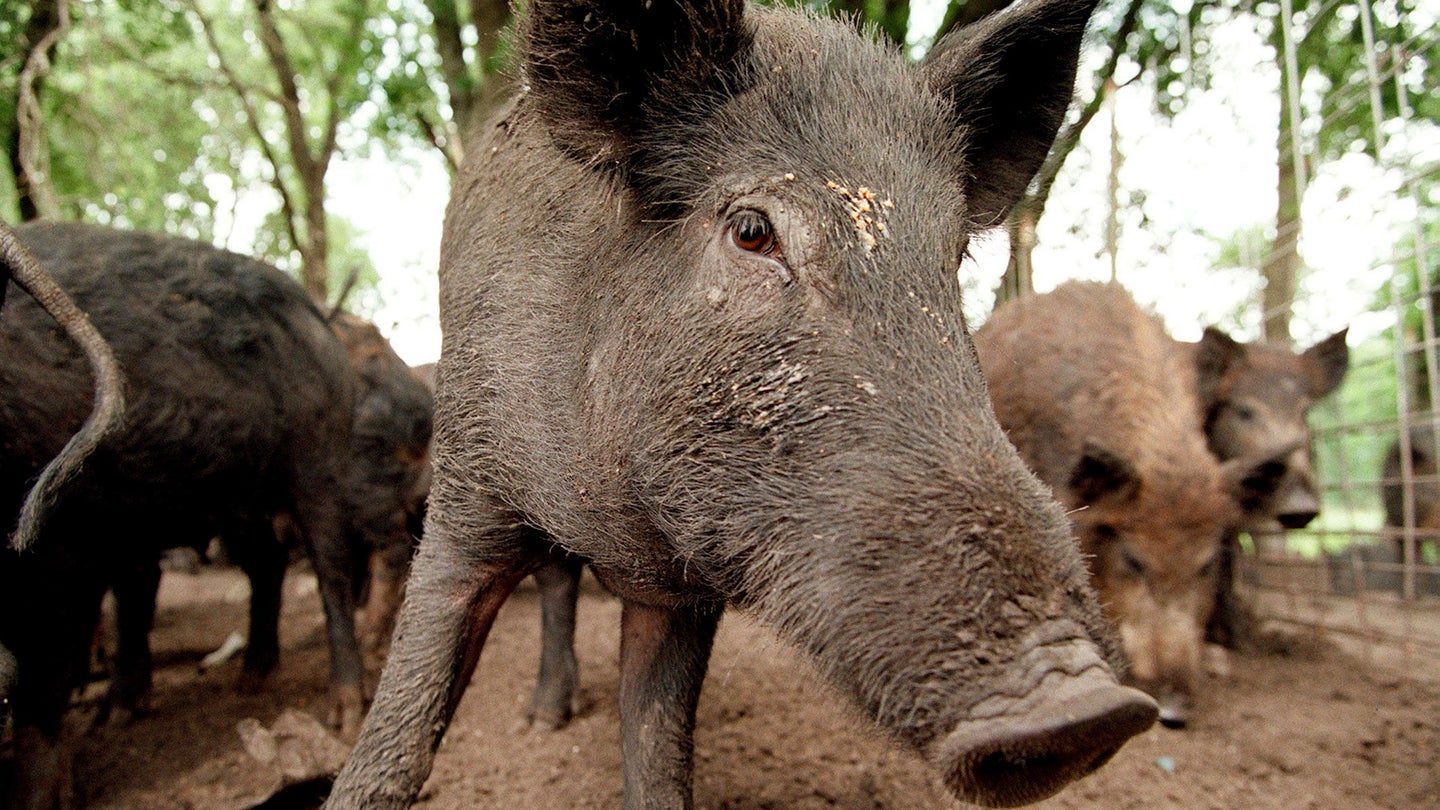 Members of the Native American Choctaw Nation tribe in central Oklahoma are using drones to aerially refill feral pig traps, in order to somewhat curb the $2 billion in annual damages the animals cause, according to USA Today.

Coincidentally, this particular tribe hosted Intel’s Open Drone ID demonstration alongside the FAA on Wednesday, and is implementing this aerial pig trap solution in Oklahoma as an official part of the aviation administration’s UAS Integration Pilot Program. That initiative, of course, is comprised of select territories and corporate entities conducting semi-deregulated drone missions in order to eventually safely integrate UAV traffic into national airspace.

“We see drones as an extension of smart farming technology,” said Mike Komp, an agricultural drone expert at Oklahoma’s Noble Research Institute, which is serving in an advising capacity for the Choctaw Nation. “Drones provide that next step toward robotics and automation.”

To Komp’s point, unmanned aerial systems have made an enormous dent in the agriculture industry. From autonomously pollinating apple orchards, mapping crop fields to maximize yields and accurately assessing the lowest required amount of pesticides to use, camera-drones have become more than mere recreational toys for those in the business of growing, farming, and ranching.

The process itself is fairly simple: a remotely piloted drone drops handfuls of corn into the traps, reducing time, money and gas otherwise spent by doing so manually. As the FAA has authorized the Choctaw Nation’s systematic, unmanned endeavors here, this can legally be done at night and beyond the visual line of sight (BVLOS) of the drone operator.

Ultimately, it’s another logical use case for drones, with an admittedly niche appeal. For those who own land and can’t afford feral animals ruining their crop yields, however, it’s certainly an enticing prospect. Deploying a drone to drop food into traps instead of wading through the property yourself every day is likely a far better use of time, money, and resources. In that sense, the Choctaw Nation has accomplished a pretty respectable feat here.