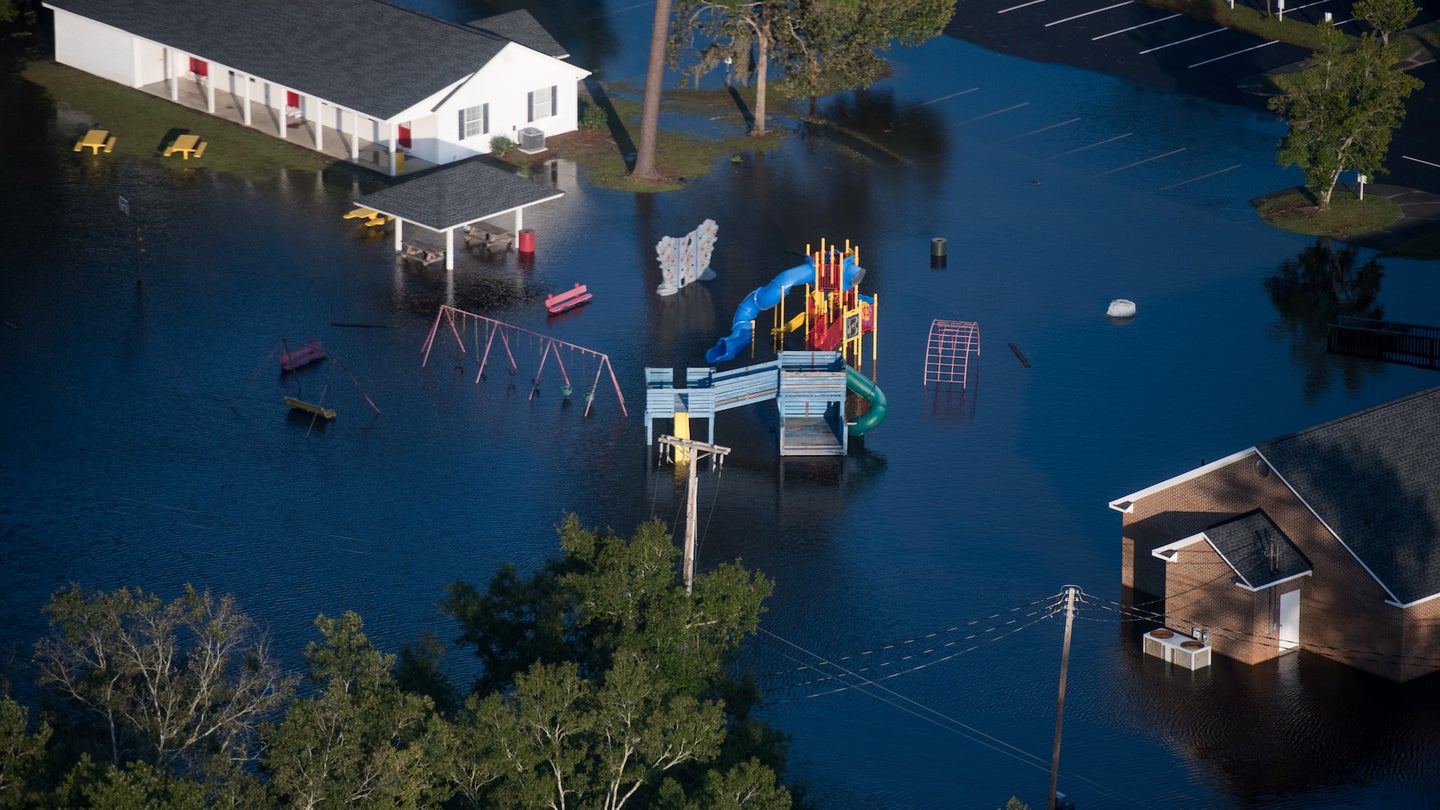 The U.S. insurance company State Farm will be allowed to operate small, foam, fixed-wing drones to assess damage from Hurricane Florence across four states, after the Federal Aviation Administration deemed its aircrafts safe enough to do so, according to Bloomberg. The company will use eBee drones, manufactured by the SenseFly subsidiary of drone company Parrot.

The unmanned aerial vehicles will be permitted to fly long distances, above people, and over populated areas, with State Farm being the first insurance company to garner this type of approval from federal aviation regulators. The company has been working and researching various drone technologies and solutions with Virginia Tech’s Mid-Atlantic Aviation Partnership, as part of the FAA’s UAS Integration Pilot Program.

“Drone technology provides us with the capability to quickly deploy over a catastrophe site and assess damage from the air,” said State Farm Senior VP, Robert Yi.

To his point, drones are only becoming more sophisticated and affordable as time goes on, with European utilities companies increasingly looking toward UAVs as a solution for decreased risk and increased profits. Public safety offices across the U.S. are harnessing drone technology as a tool to save people’s lives and investigate crime scenes more safely.

While the FAA approved commercial drone operations in 2016, altitude, distance, and an area’s population have figured in heavily. Garnering approval for beyond visual line of sight (BVLOS) flights, for instance, is a rare feat accomplished only by a select few, such as CNN or official UAS Test Sites.

This is the very first time the FAA has approved an insurance company to conduct drone flights like this, and with Hurricane Florence causing untold damage in the southeastern states of the country, it’s an opportunity to prove how safe and invaluable UAVs can be in aerial damage assessment.

Flirtey made use of a UAV fleet to ship defibrillators in the Nevada town on Wednesday.