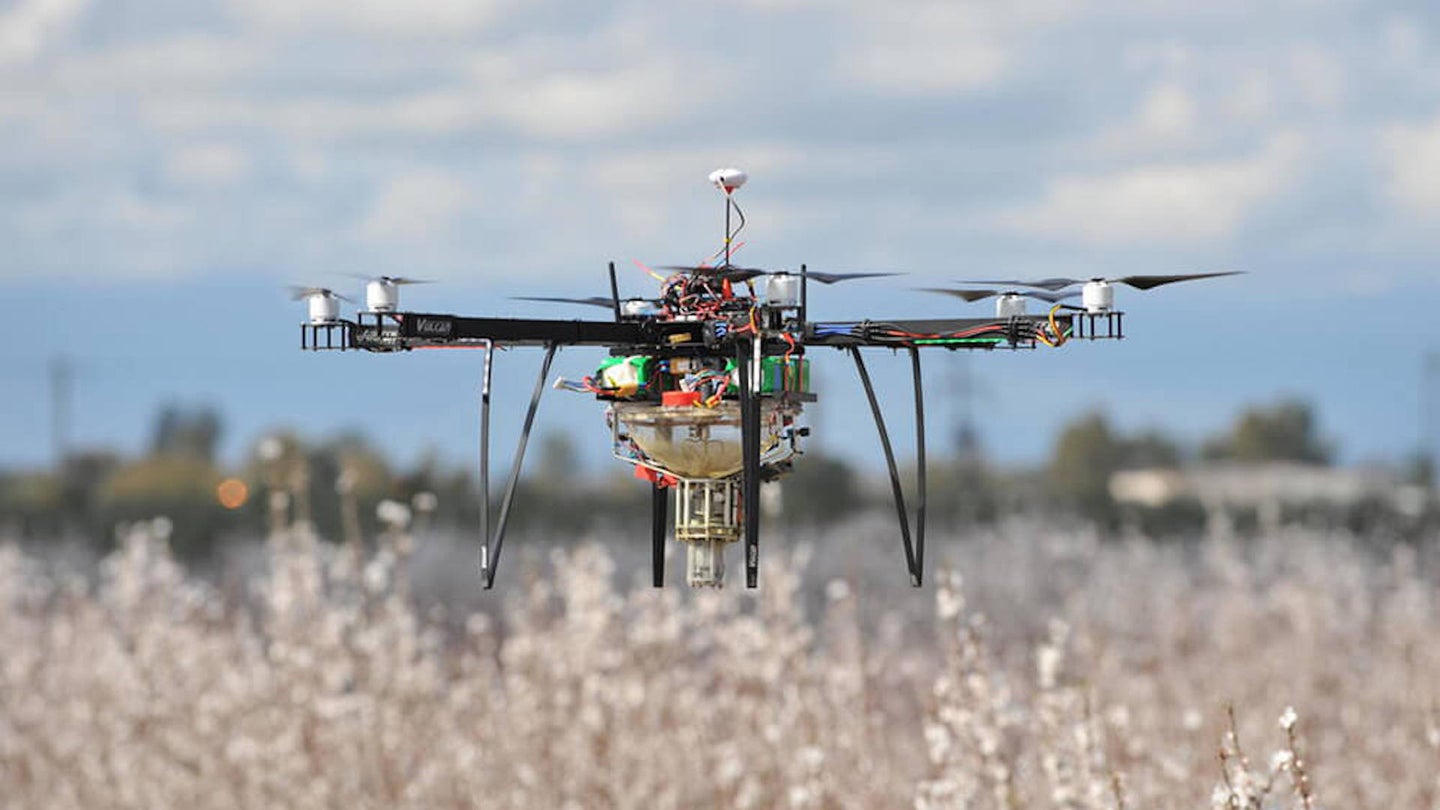 According to Syracuse, the Genius NY-winning start-up, Dropcopter, just successfully pollinated a New York apple orchard via drone for the first time in history.

Genius NY is a self-described business accelerator that annually awards six finalist teams up to $3 million in total funding, in order to financially boost their drone-related research projects and literally allow them to take off.

We first reported on the pitch competition in March, in preparation for Finals Night in Syracuse, and then detailed the subsequent winning projects and how they might evolve after garnering the newly acquired funding. There were some pretty ingenious ideas being thrown around, which brings us to Dropcopter co-founder Adam Fine and his $250,000 grant from April’s Genius NY Finals Night.

Alongside Peter Fleckenstein of the Beak & Skiff Apple Orchard in Lafayette, New York, Fine and his Dropcopter project managed to pollinate five of the orchard’s 300 acres of trees with a hexacopter drone. The feat was accomplished in late May and attempted to verify whether or not UAVs could increase an orchard’s yields substantially.

“We know that agriculture is one of the most significant points of entry for the commercial use of drones, and it holds the most opportunity to impact the industry and economy,” Fine explained.

We saw the world’s first hands-free crop being planted, grown and harvested in the U.K. earlier this year, so why not orchard pollination? Fine said that Dropcopter had already managed to pollinate almond and cherry orchards through its system, but that this was the world’s first apple orchard being nurtured through unmanned aerial tech.

Fleckenstein, as director of fresh fruit operations at Beak & Skiff, explained that the technology could work even better during colder spring days where bee populations aren’t particularly eager to do their job. When those days coincide with the most fertile pollination phase of the year, an orchard could rapidly see a terrible season of yields, and hence, harrowing business results.

As for the process itself, the hexacopter flew eight feet above the trees and deployed pollen from an apparatus attached to the UAV’s underbelly. Fine said his start-up is already working with another company to develop the software necessary for UAVs to program their own routes through an orchard, which would only make the process even more autonomous.