And a pickup truck. 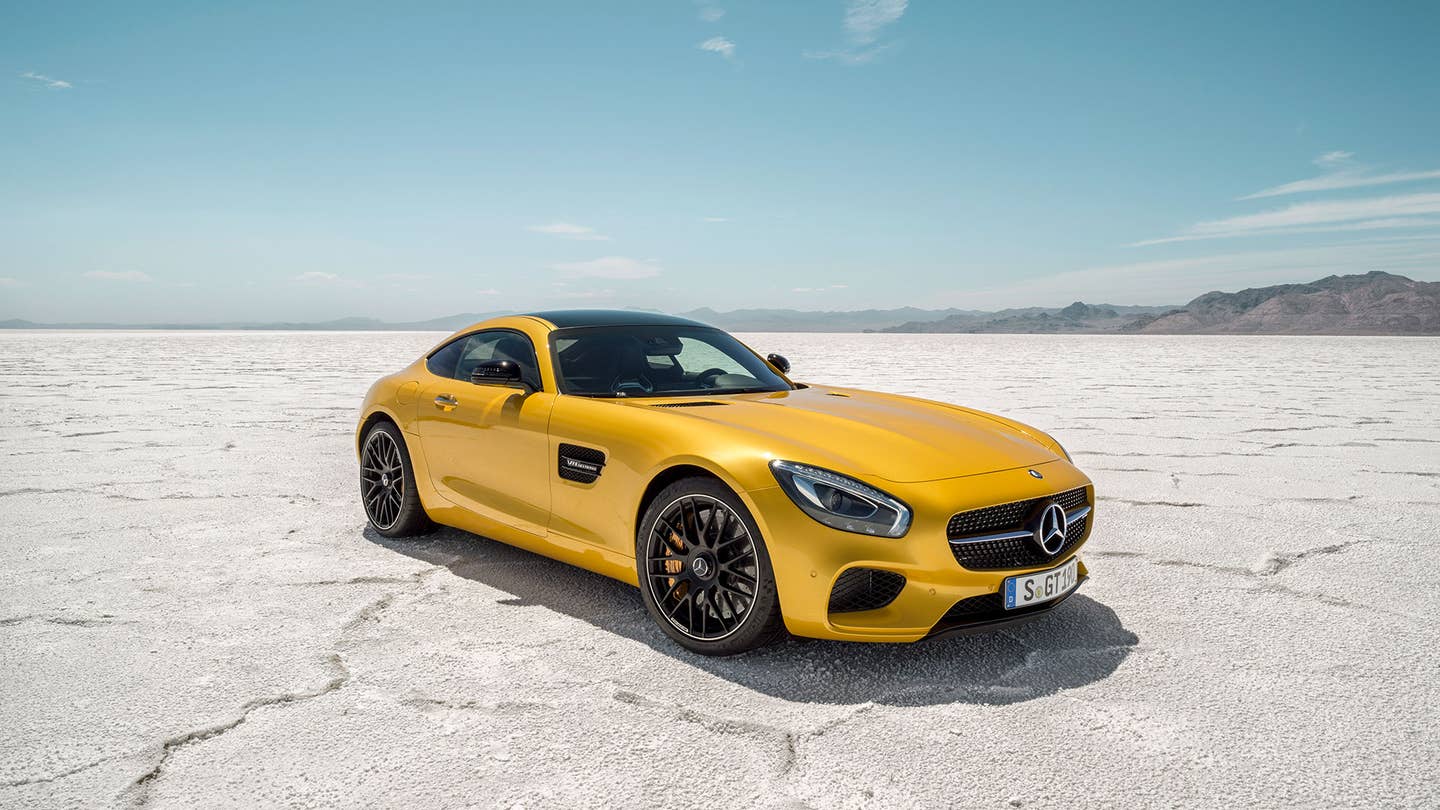 Daimler has been on a roll lately, cranking out models, carving out niches, and creating entire brands with verve. And based on Mercedes-Benz's 2017 new car plans, which were included in Daimler's mid-year investor report released late last week, it seems the next calendar year will also be filled with a bevy of new Benzes.

Early next year, Mercedes-Benz will launch the coupe version of the new E-Class, roughly around the same time the Mercedes-AMG GT R that debuted at Goodwood reaches the showroom floor. The Outback-ified Mercedes-Benz E-Class All Terrain wagon will show up shortly thereafter, complete with a mild lift, all-wheel-drive, and what we hope will be a tasteful amount of body cladding. That will be followed by a facelift for Mercedes's other super-soft-roader, the GLA-Class, which will likely bring it closer into line with the recently-tweaked CLA-Class.

That's when things kick into high gear. Around that time, AMG will then release something called the "GT C Roadster." At first glance, you might think that "C" simply refers to the long-expected topless version of the GT S...but under the carmaker's current nomenclature, "C" is Mercedes-Benz's term for "compact," not "convertible." (See: GLC-Class, SLC-Class.) Plus, a few months down the calendar from that, the roadmap mentions something called an AMG GT C Coupe. All of which leads us to believe that Mercedes-Benz will be rolling out a smaller sports car come 2017. Which would, obviously, improve our outlook for 2017.

In the months between the arrival of the two new GT C models, Mercedes will unveiled a mid-cycle refresh for the S-Class, presumably packing more technological gimmickry than a dozen Sharper Image stores. After that come three more vehicles: the aforementioned GT C Coupe, the E-Class Cabriolet, and the rumored Mercedes-Benz Pickup—which Daimler left unnamed, instead choosing to tease us with a teeny, tiny picture of it.

Oh, Daimler will also unveil two- and four-door electric smart cars in the first half of 2017. But, c'mon, you don't really care.