Forget the term “sports sedan,” the proper term for the all-new Audi S8 is “lightspeed limo.” 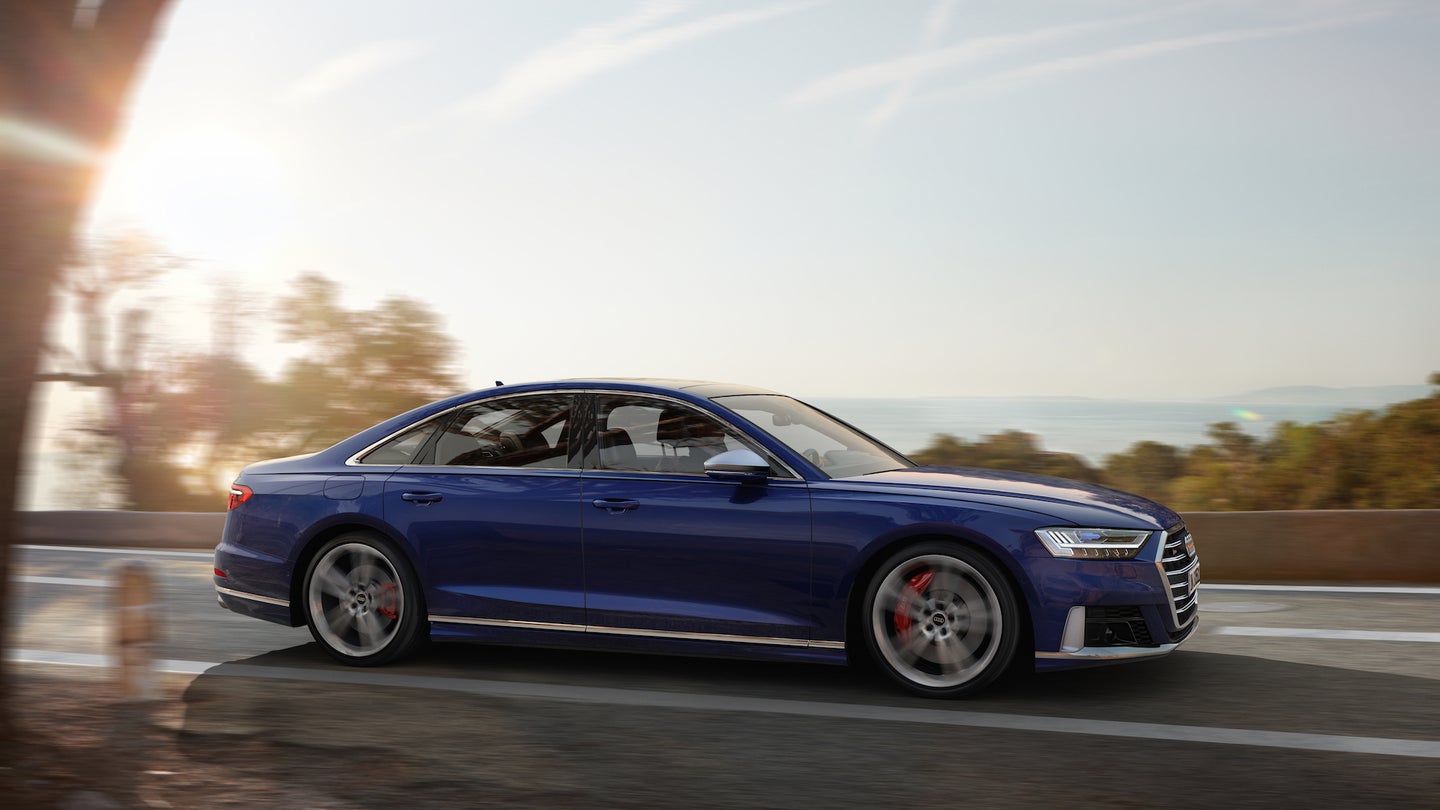 The all-new 2019 Audi A8 is out, and it's quite an executive cruiser. What it isn't is an executive bruiser, because that's the 2020 Audi S8's job. As such, it's finally time for the A8's less civilized sibling to make its debut.

Using mild 48-volt hybrid assist, the twin-turbocharged 4.0-liter V8 not only gains comfort and efficiency but more importantly, it rounds out the power band on its climb to 563 peak horsepower. Which, by our maths, is 34 horse less than the last generation. Though to be fair, the new car makes up in the torque department, with 590 pound-feet out-twisting its predecessor by 74. With that kind of power beneath you, even though it's less than its predecessor, hitting the car's electronically limited 155 mile-per-hour top speed is easy to do accidentally.

No car exists solely in Sport mode, of course. Active butterfly valves quiet down the exhaust and cylinder deactivation reduces the interior noise levels. The car's noise-canceling sound system irons out what little rumble remains. Neither bass nor bump will disturb the S8's occupants, as the sedan also features a predictive active suspension system, which individually preps each corner of the car for the road (or lack thereof) ahead. It can raise or lower wheels at a whim, absorbing many of the road's shocks, or standing the entire car up for ease of ingress and egress.

But this being an S8, the active suspension's primary job in the A8's sporting sibling is to flatten out corners. Pivot an S8 into a sweeper and its insides will hunker down to reduce the amount of roll felt by passengers from a typical car's five degrees of pitch to around 2.5-degrees. A sport differential and four-wheel steering do their part not to interrupt the active suspension's balancing act. And when it comes time to curb your enthusiasm, carbon-ceramic brakes can be had as an option for when you have a lot of enthusiasm to curb.

Audi states that the car you see above is the short-wheelbase model, which will not be sold in the United States. Only the forthcoming long-wheelbase S8s will find their way stateside, as is the case with the 2019-onward A8. This means that the S8's four-wheel steering will come in handy when it's time for a U-turn.

We can expect the 2020 Audi S8 to go on sale later this year with a price north of $100,000. However, specific details and specific pricing haven't yet been released. Until then, we'll just oggle these glorious pictures and dream our favorite Jason Statham "The Transporter" dreams.