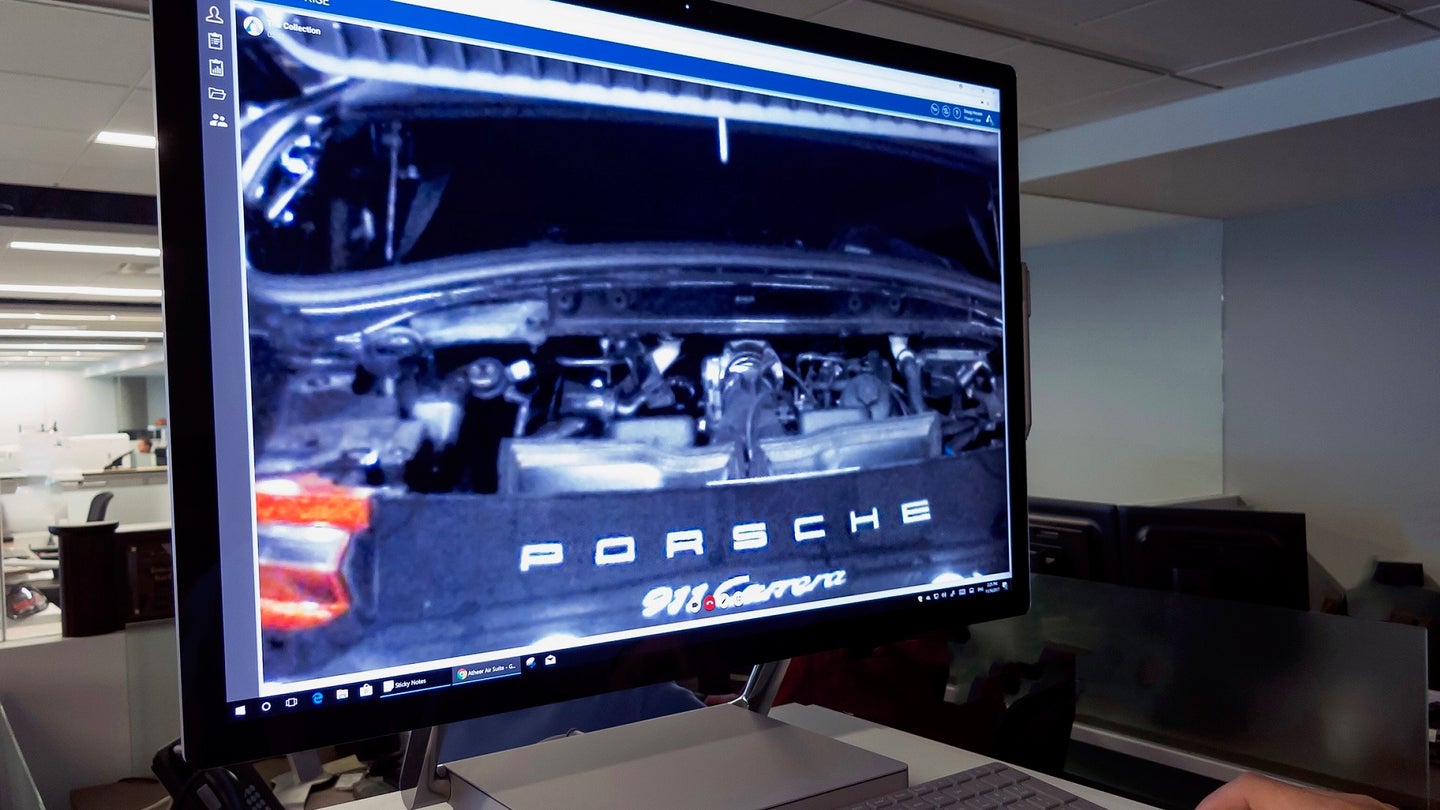 The future is coming at us fast. In this case, through augmented reality. You may have heard the term used to describe the popular mobile game “Pokemon Go.” Augmented reality is sort of like adding a layer of information over images of the world around you. It’s very sci-fi and very Robocop. Porsche is looking to bring augmented reality to its North American dealerships next year. It’s called “Tech Live Look” and it uses the AiR Enterprise software platform from Atheer.

The high-tech glasses come equipped with a high-resolution autofocus camera powerful enough to see the threading on screws. The glasses use the latest projection technology and also include a light to illuminate dark spaces in the engine bay or under the car.

The way it works is a service tech wears the glasses, which connect through the software to a support team based in Atlanta. Back in Atlanta, the team of remote experts helps to identify and resolve the potential problems. It’s kind of like when there’s an instant replay at a sporting event that’s relayed back to the league office for real-time review. Only instead of judging touchdowns, goals, and baskets, the team is solving engine problems.

Porsche hopes to decrease its service resolution time by up to 40 percent based on the findings of the pilot program rolled out in July 2017. Eight dealerships in California, Florida, Indiana, New Jersey, Washington and Canada were chosen to try the software.

Technicians not only beam back real-time video, but the support team can take screenshots or send technical bulletins and instructions to the glasses that the service tech working on the vehicle can see.

Speaking on the new technology Klaus Zellmer President and Chief Executive Officer of Porsche Cars North America said, “Our main goal is to provide a better overall experience for our customers. Tech Live Look allows us to be more efficient and helps get vehicles back in the hands of our customers faster, all while still delivering exceptional service quality.”

Very cool new tech coming to Porsche. How cool would it be to get a video of your exhaust install or a cam change from the dealer? I’ll take that over Netflix.