Rolls-Royce Cullinan SUV to Take on 'The Final Challenge' 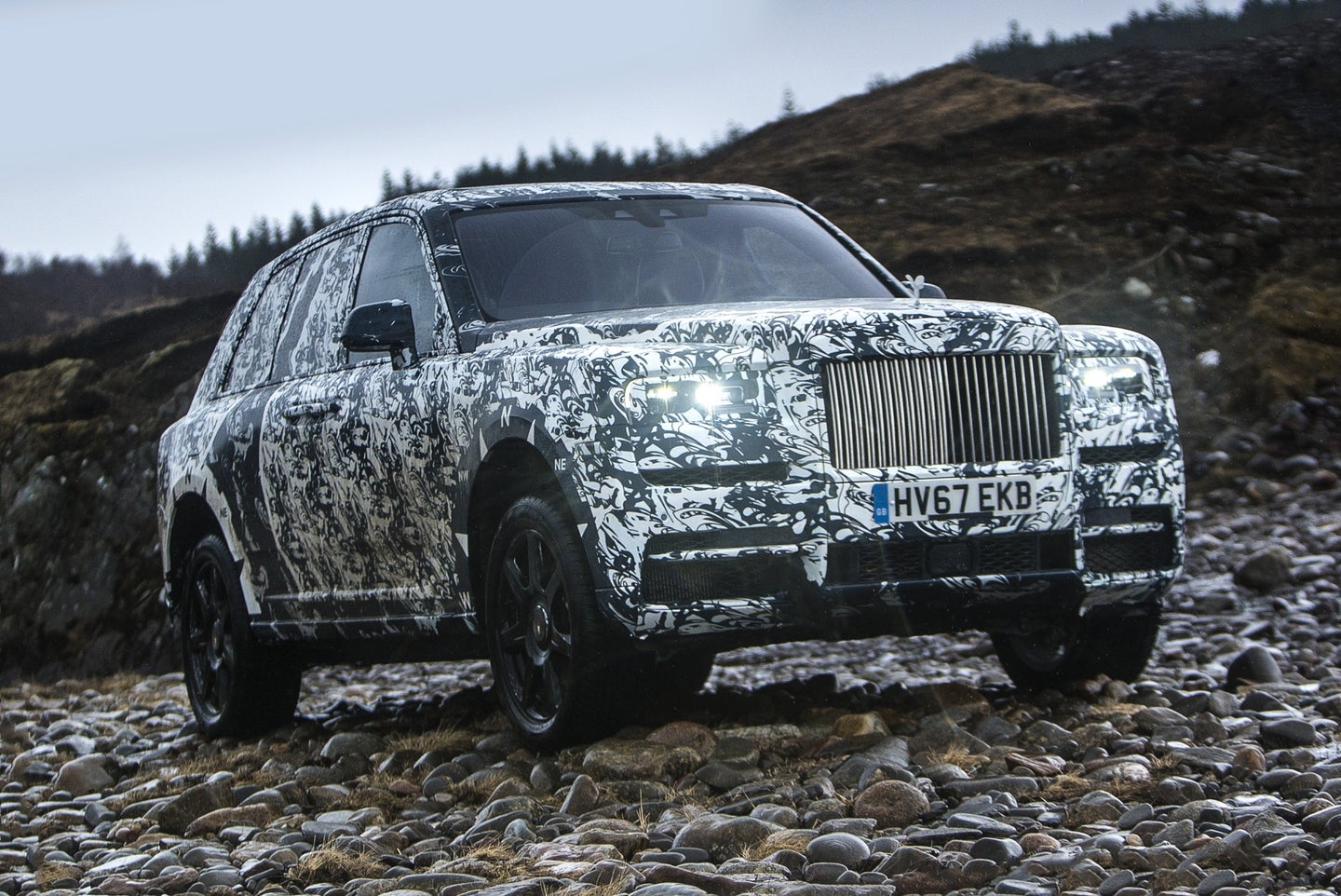 The SUV market is hot, and has been especially so since luxury brands entered the fray. Now, we await the arrival of the Rolls-Royce Cullinan, the first ever SUV from, what is arguably the "best car" manufacturer in the world.

Some 1,000 days since the initiation of its testing program, the Cullinan has seen almost every quarter of the globe from frigid snowfields to arid deserts. And now the luxury SUV is ready to take on "The Final Challenge" to prove its "Effortless Everywhere" slogan to the public and to the people behind it. In what seems to be an epoch-making partnership, BMW-owned luxury car manufacturer Rolls-Royce and National Geographic—the magazine that highlights the past and people in yellow borders—are to collaborate to publish daily film and photograph updates as the Cullinan SUV undertakes final testing before posing as a debutant later this year.

The wheels to the "The Final Challenge" will start rolling, first in the Highlands of Scotland on Wednesday, April 4, 2018 and will be broadcast on social media by National Geographic and Rolls-Royce as it continues its escapade through the Alpine snowfields of Austria, the arid deserts of the Middle East and finally across some challenging terrain in the United States. The Cullinan is the first SUV of its kind that will take on several off-road challenges and will log miles through unending stretches of mud, snow, and sand.

The Rolls-Royce Cullinan and crew will be accompanied by renowned explorer and photographer Cory Richards, National Geographic’s Adventurer of the Year in 2012. While the National Geographic team will document the journey with a daily broadcast from these locations on social media.

You can follow the Rolls-Royce Cullinan’s The Final Challenge on Rolls-Royce social media accounts as well as https://www.rolls-roycemotorcars.com