VW Says an Electric GTI Could Be Coming

Hey, there’s no reason Tesla drivers should be the only ones having fun driving their EVs. 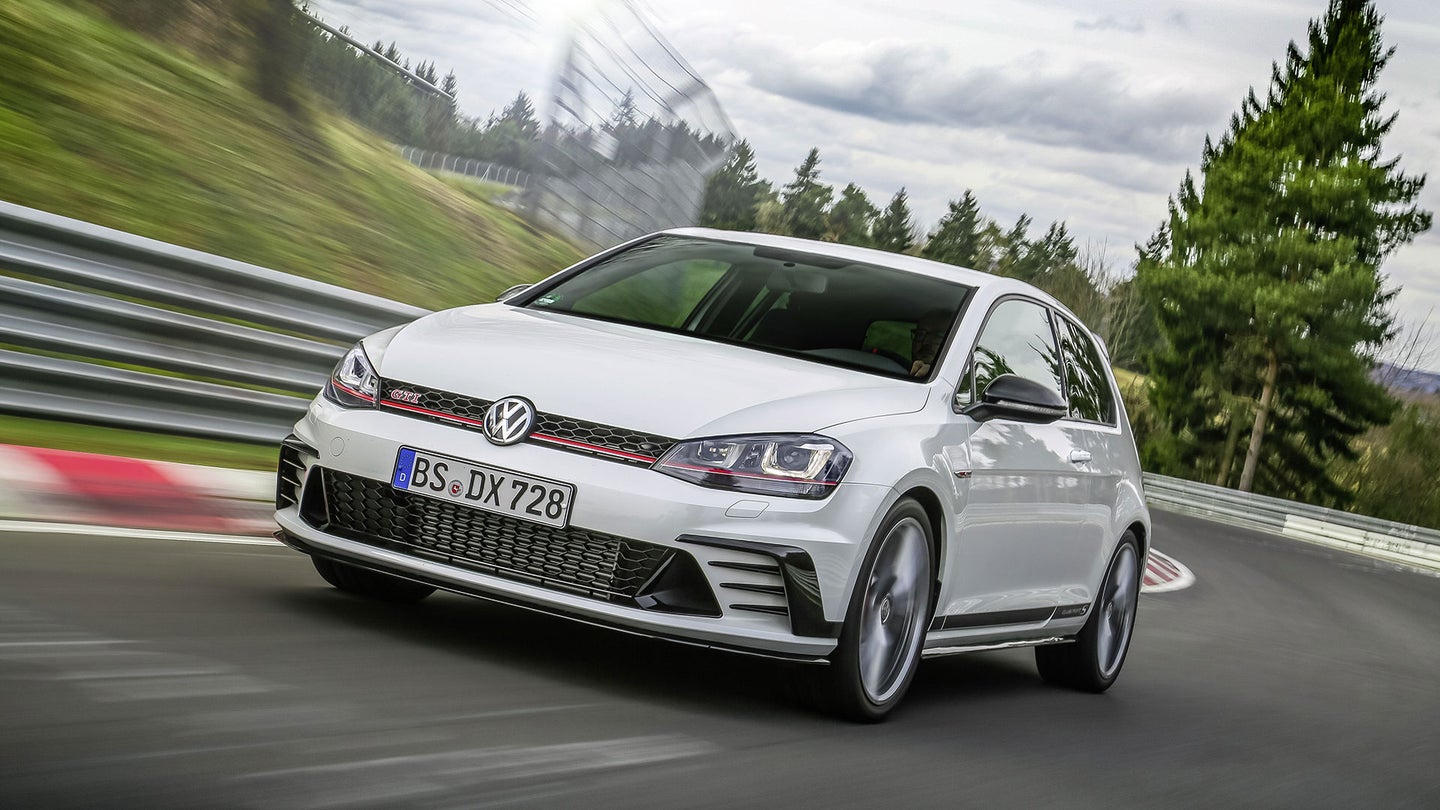 Volkswagen has made no secret of the company's plans to dive headfirst into the electric vehicle world over the next couple of years, showing off multiple new EV concepts that augur future production cars over the last few months. But it seems the company's battery-powered plans won't simply extend to new models; VW also plans on building electric versions of its fabled nameplates, such as the GTI.

Indeed, the GTI could be a prime candidate for electrification, according to VW board member Jurgen Stackmann. "Clearly GTI fits with EVs," Stackmann told Autocar at the Detroit Auto Show this week.

If you're worried that every hot hatch in the VW lineup will have electric motors in place of a gas-powered engine, though, don't fret. The company wants its million-EV-sales-per-year to come in addition to the existing internal-combustion models. Any electric GTI models will likely be different, according to Stackmann, who told Autocar that the "formula would change" for such models.

We could catch our first glimpse at one of those e-GTI models in the not-too-distant future—at least, in one form or another. The VW board member told the British car magazine that Volkswagen could have two or three more EV concepts coming soon. An SUV, reportedly, is likely to show up at the Shanghai Motor Show in three months' time; after that, however, a performance-minded model would seem a logical contrast, if Volkswagen is indeed serious about bringing some speedy spice to its electric lineup.

Oh, and the reborn electric Microbus called the I.D. Buzz that VW revealed at the Detroit show? Stockman told Autocar that it has a better chance of reaching production than any of the similar Type 2-inspired concepts the company has released in the past. And hey, if the production version can do 0-60 miles per hour in five seconds flat the way the concept claims to, maybe we'll even see a Microbus GTI somewhere down the road.