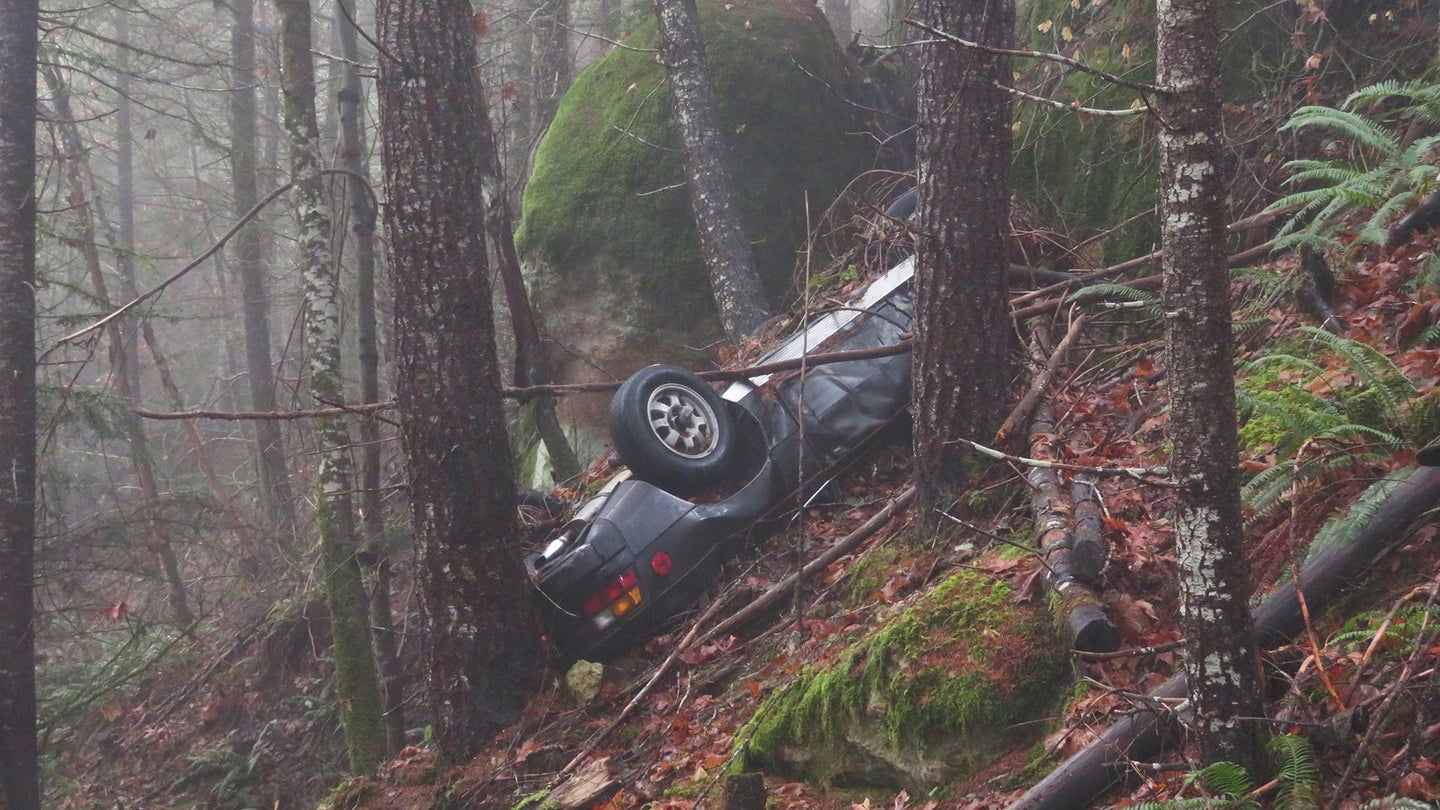 A 1979 Porsche 924 that was stolen from the parking lot of a movie theater in southern Oregon over 25 years ago has finally been found at the bottom of a rocky cliff deep in the woods near Crater Lake, KOMO reports.

According to the Jackson County Sheriff's Office, a local man walking his dog along a rural forest road discovered the overturned Porsche on Tuesday after he followed the animal off the trail. Caught against the base of a tree, the car is well-preserved enough that it could have been crashed last week. However, detectives quickly determined that wasn't the case.

"Heavy forest debris indicated the vehicle had been there for a significant period of time. The registration tags expired in 1991," the sheriff's statement reads. "Further investigation found the Porsche was reported stolen on January 20, 1991, from the parking lot of the Southside Cinema in Medford."

Like a certain legendary Toyota Supra tucked away in the hills of Japan, this Porsche 924 seems to have gone out in a blaze of glory, sailing off a mountain road after the driver pushed it just a little too far. The crash site is reportedly located off Abbott Prairie Road in Trail, Oregon, and if the sheriff's measurements are correct, it might be at this sharp bend in the road that comes after a fairly long straight.

But unlike the Supra, the Porsche is far more intact, a product of both the Pacific Northwest's more temperate climate and the fact that its resting place was "nearly impossible" to spot from the road, in the words of the sheriff's office.

Of course, such a dramatic crash has authorities wondering about the fate of the speedy thief, but officers found no trace of human remains in or around the vehicle. Officers will now attempt to track down the previous owner, and more importantly, extract the Porsche from its precarious spot.

"The vehicle's location on steep, rugged terrain presents logistical and environmental concerns for removal. Sheriff's Office officials are working to determine the best course of action," the statement concludes.