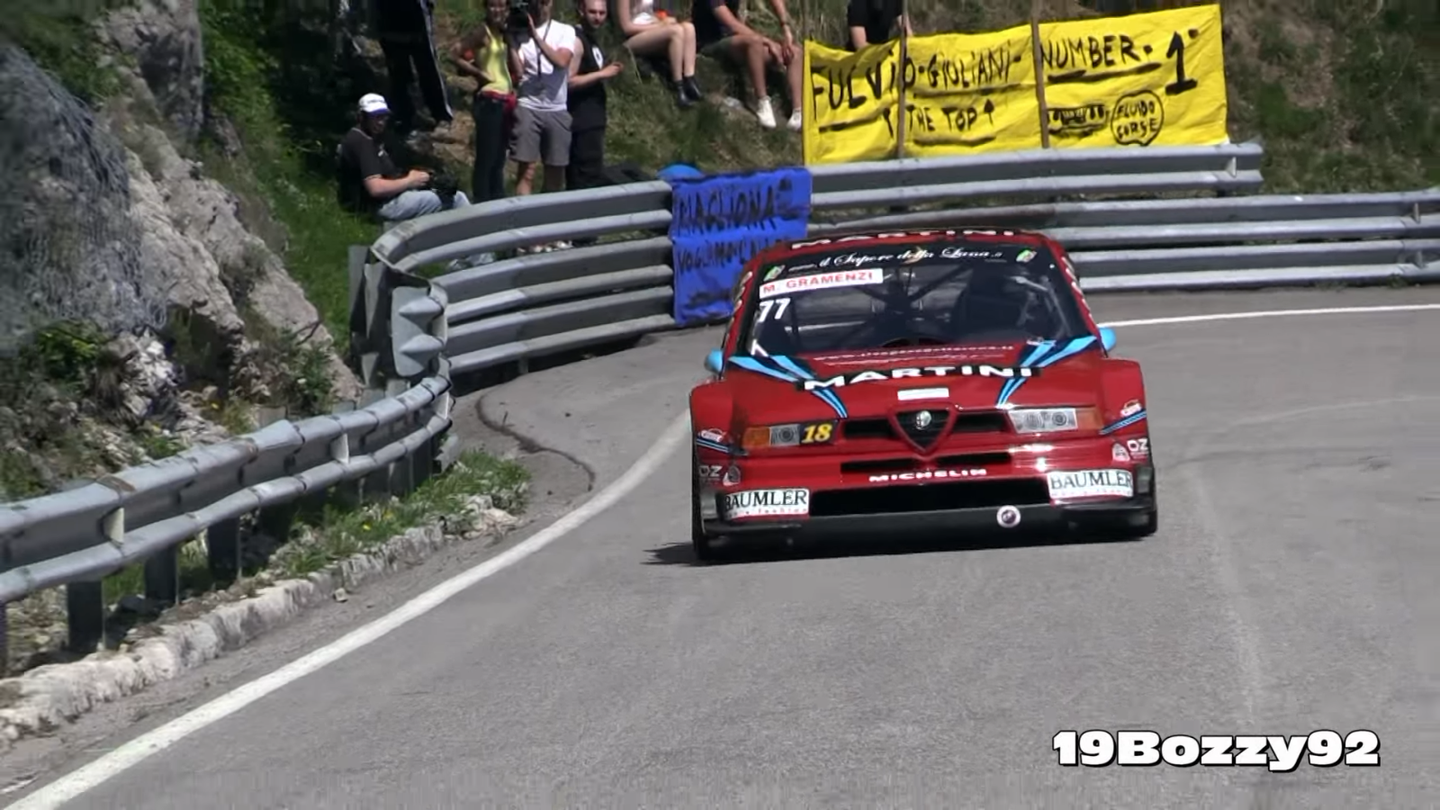 Alfa Romeo was the underdog in DTM racing during the '90s. BMW and Mercedes-Benz had established their dominance in the touring car series, shedding competitors left and right—until the 155 Ti. This car was built for the series from the ground up, giving Alfa a head start against the rest of the pack. Its wildly aggressive demeanor was backed up by its massive aero and screaming V6 engine, regarded by many as the best sounding six-cylinders ever. In this video, you'll see (and hear) why that claim has been made over and over again.

Loosely designed on the fabled Busso V6, this application of the Alfa Romeo engine was as high-strung as they come. RPMs climbed almost to F1 speeds, showcasing how beautifully balanced the 2.5L was. It produced 400 hp flat out at 11,500 revs, making it plenty fast to compete against the bad-boy Germans.

There's plenty of footage of these cars running through Europe's best circuits—many of them including wild overtaking and three-wheel action. The tandem of Alessandro Nanini and Nicola Larini at the helm pushed the 155 Ti through the crowd with talent and skill, making it one of the most successful DTM cars of the era.

Listen to the Martini-clad example you see here zoom through the hills. A dream car for many, this Alfa is one for the motorsport history books.