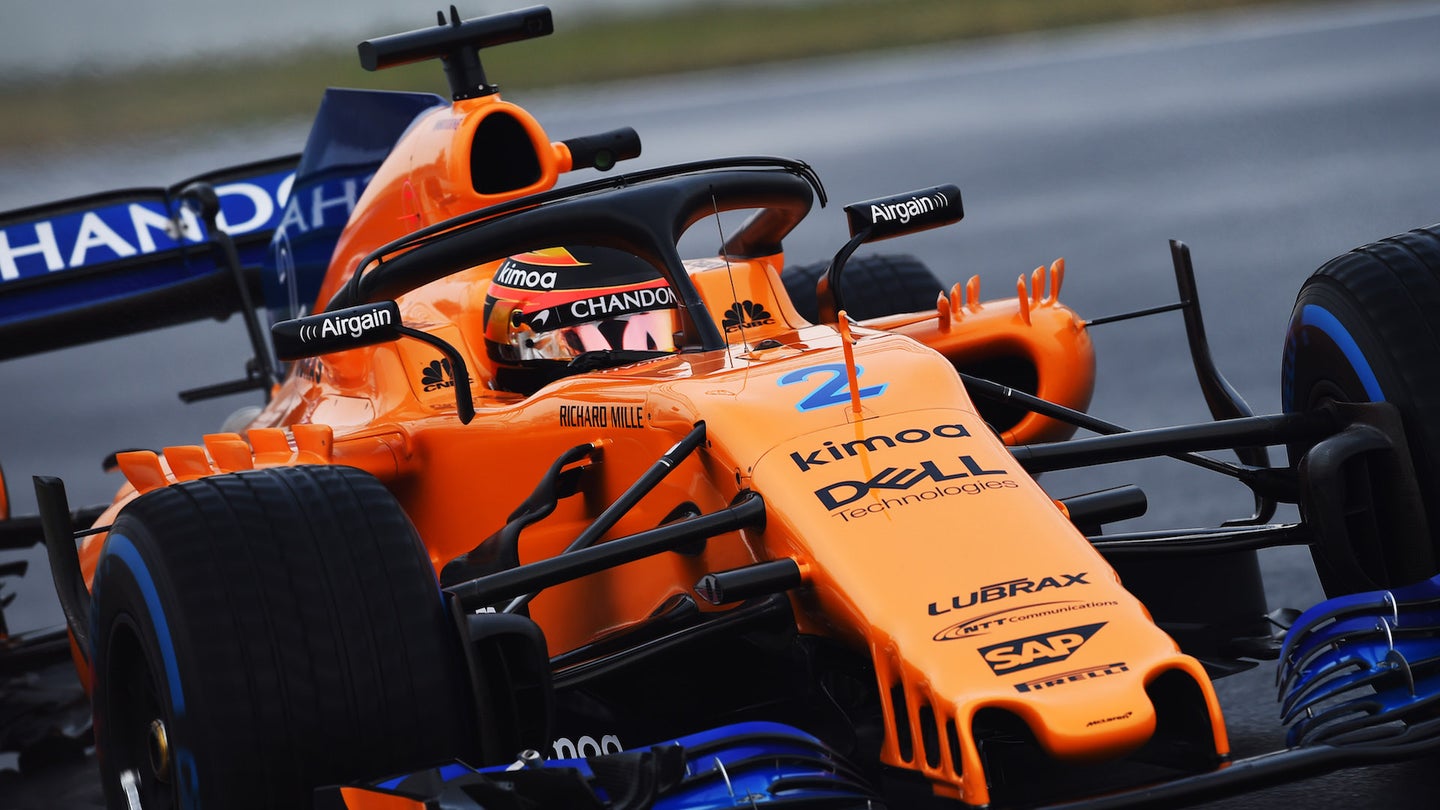 McLaren-Renault is saying "the joke is on you" to folks around the world who made fun of its Halo design by signing Gandys, a British lifestyle clothing brand as "Halo sponsor" for the upcoming Formula 1 Australian Grand Prix.

The outspoken world of social media burst with memes when the initial designs for F1's Halo safety device were launched into the limelight. As we all know by now, the final design of the Halo didn't really change much over the winter with all of the teams' designs looking much like, well, a flip-flop.

In an effort to bring in some much-needed sponsorship dollars and generate positive news, McLaren-Renault announced that Gandys will become the first brand to take advantage of the unique shape of the new-for-2018 safety structure. The brand is well-known for its charitable efforts across the globe, especially in Southeast Asia, where the company founders' parents perished during a tsunami in 2004.

“We’re delighted to the team at Gandys join us for the Australian Grand Prix. The placement of the logo, on the MCL33’s Halo, was not only perfect from a branding perspective, but also a great opportunity to underline Gandys’ charitable commitment to providing a safer, more protective environment for those at risk," said John Allert, McLaren Chief Marketing Officer.

McLaren-Renault will sport the Gandys logo on both of its cars over the three-day racing weekend, while the clothing company will launch a limited-run "Halo-edition" flip-flop with 100 percent of all profits being donated to the Orphans For Orphans Foundation.

“Collaborating with Gandys on a limited-edition co-branded product was also a meaningful step for us. By giving 100 percent of all profits to the Orphans For Orphans charity, McLaren is also able to help a very deserving good cause," said Allert.