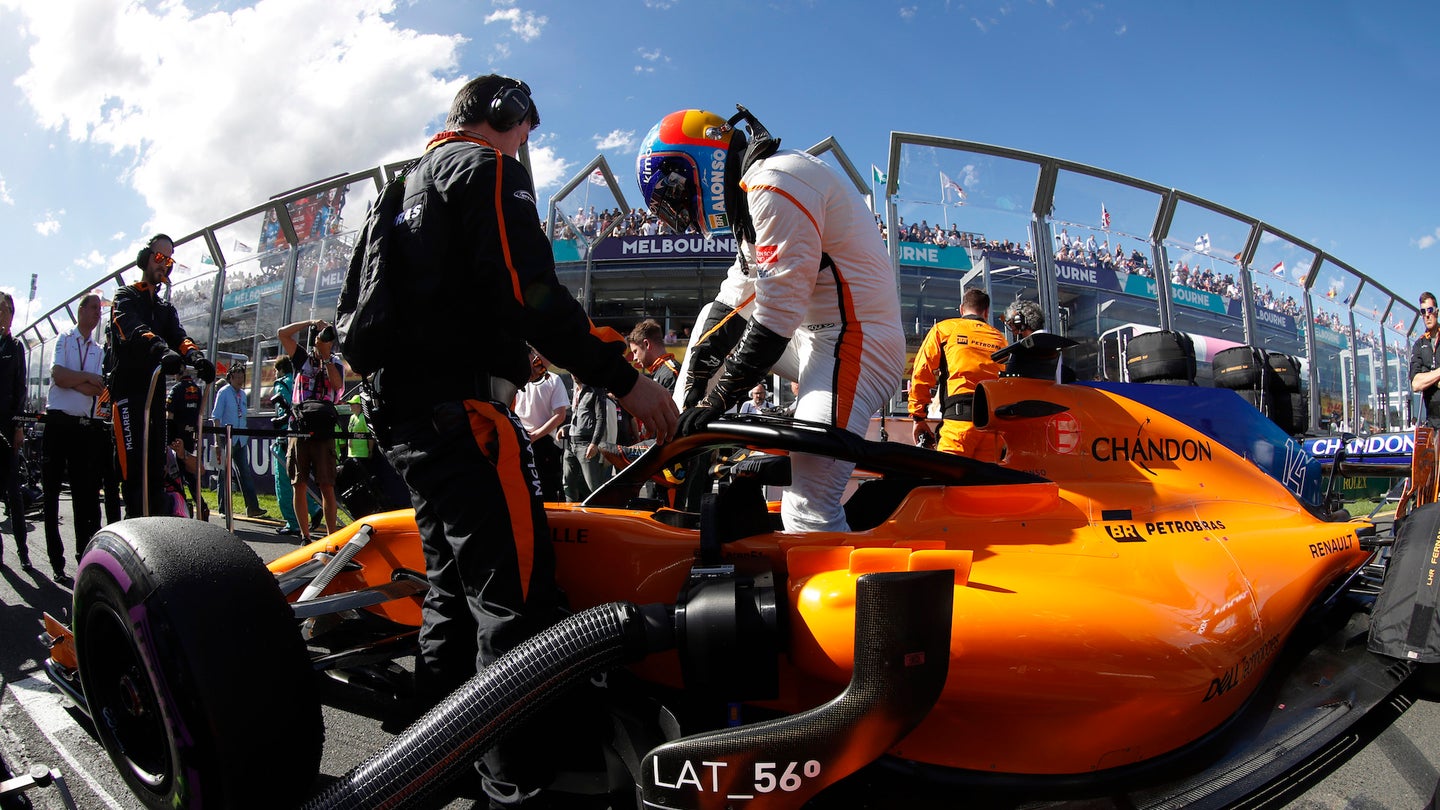 ESPN issued an official statement on Sunday morning about the many issues that plagued its broadcasting of the opening round of the Formula 1 World Championship in Australia. The coverage, which utilizes the direct feed of the U.K. TV network Sky Sports, wasn't exactly what viewers were expecting, or deserved.

The statement was released via ESPN's public relations Twitter account, and it blamed the Australian Grand Prix coverage hiccups on "technical issues" that kept the broadcasting from going as smoothly as it could've. It also stated that the appropriate steps will be taken to make sure this doesn't happen again.

Some of the most cringe-worthy moments included a static view of Melbourne's Albert Park Turn 9 while the pre-race show should've been showing, and once the right image was broadcasted it was somehow lacking audio. Once the race started, there were several impromptu commercials during key moments of the race, such as restarts and pit stops.

Of course, this comes after my praise of the Sky Sports F1 coverage on Friday, which regardless of this weekend's mistakes, is still an excellent network and an even better team of Formula 1 experts. While there's no denying that its maiden F1 weekend in the United States was a crap show, it's worth mentioning that most, if not all the mistakes saw ESPN and Liberty Media at fault, and not necessarily Sky Sports.

I understand fans are angry, trust me, I received plenty of tweets after sharing my optimistic thoughts on the ESPN/Sky Sports partnership. But let's face it, when the broadcasting was working properly, it was bloody-good, world-class coverage. I mean, did everyone really expect things to work flawlessly on the very first try? That's just silly.

Regarding the wrong graphics being shown on screen during the race, more specifically the hilarious "Last Name versus Last Name" graphic, that's not the fault of Sky Sports nor ESPN. Nearly all content shown on screen is captured or generated by the Formula 1 Group that's owned by Liberty Media, previously called Formula One Management (FOM) during the Ecclestone days. The FOG cameras and broadcast, otherwise known as "The World Feed," is what's shown across the globe.

In reality, everyone involved made a few mistakes during the first race of the season, much like a HAAS mechanic failed to secure Romain Grosjean's wheel nut during his pit stop. The truth is that Formula 1 coverage in the United States has always been subpar, so why not react the way Grosjean did with the mechanic that cost him a points-finish, and simply show a little optimism and patience?

What Do You Think About Sky Sports‘ Formula 1 Coverage on ESPN?