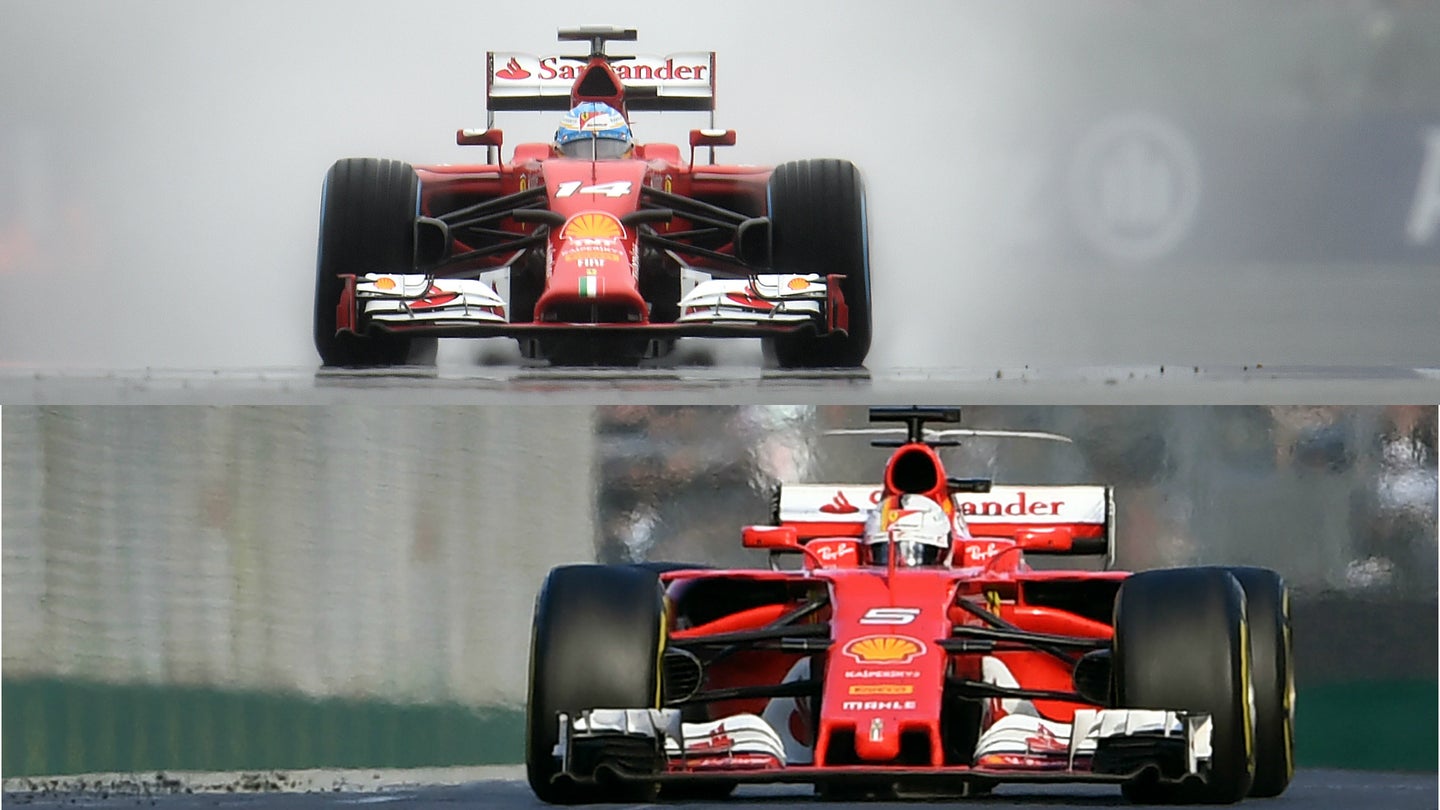 When Formula 1's engine rules were revamped after the 2013 season, when 2.4-liter naturally-aspirated V8 engines were dropped in favor of 1.6-liter V6 turbo power, the general public expected a return of the original turbo era, with stratospheric boost pressures, toluene-filled tanks, and urine-soaked engine blocks. The result was not 1,500-horsepower cars whose engines would sometimes be used for but a single qualifying session. We have gotten some stellar racing from the last few years of Formula 1, and of course, the cars have only gotten faster—2017's pole position time at the Singapore Grand Prix was almost 6.2 seconds faster than 2014's time.

What's made the cars so much faster? The engine development, for one, has not slowed. If anything, due to the abolition of the progress-restraining token system, it has accelerated. Mercedes started the era with a horsepower advantage some estimated to be in the neighborhood of 80, and maintains their lead in engine technology, having surpassed 50 percent thermal efficiency on their 2017 engine.

Further aero development isn't as attributable as the changes to aero regulations, with 2017 cars seeing increased downforce levels due to wider, lower wings, as well as the addition of the tails known to many fans as "shark fins," and the Gillette-like T-wings that top them. This year's cars also sport wider tires than those used between 2009 and 2016, and are the first to use wide slicks since 1997, the final year before grooved tires became mandatory.

All of this combines to make that 6.2-second cut around Singapore's Marina Bay Circuit possible, and yet, 6.2 seconds doesn't sound like much. Some of us need to visualize 6.2 seconds to understand it, and fortunately, YouTube user Juzh123 has us covered.

So, what does 6.2 seconds look like in the world of Formula 1? Have a gander. You can see each quarter of a second gained from every one of Singapore's 23 turns add up after only a couple corners, and eventually, the 2017 car gets so far ahead that you can't even keep up while trying to watch multiple pole laps at the same time.