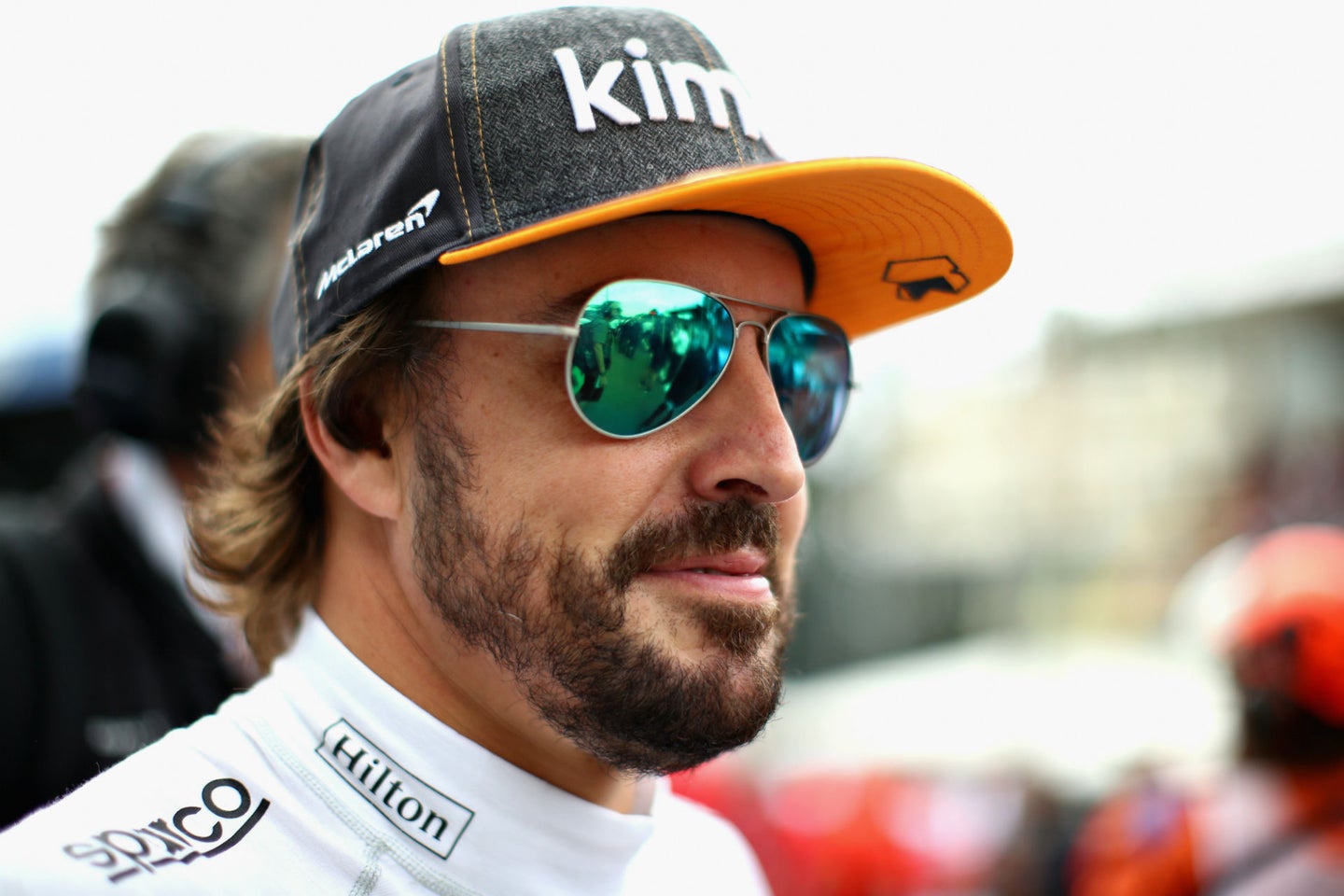 Fernando Alonso's future has created buzz unlike any other topic in what's been one of the most fruitful silly seasons in a decade. His decision to leave Formula 1 after 2018 stoked the fire and brought about speculation that the double world champion could turn to IndyCar next season, even resulting in a test session with Andretti Autosport earlier in September. However, Alonso says that outing is not indicative of his future, and he's equally open to other opportunities—including a potential shot at NASCAR.

A recent teaser posted to the Spaniard's Twitter account seemingly confirms this, as does Alonso's professed respect for NASCAR's widespread popularity.

If this back-and-forth banter is anything to go off of, it seems like a crossover is in the cards for the two hero drivers. Lewis Hamilton and Tony Stewart performed a similar stunt in 2011 when they hopped into each other's respective rides, showing the stark contrasts between the two forms of motorsport.

While Alonso and Johnson are certainly having fun with this publicity ploy, the former gave a more serious tip that he could add the Daytona 500 to his list of future entries. The 37-year-old's desire to compete in various disciplines has been well-publicized in the past, something which 'Nando is keeping up as of Wednesday.

“It’s definitely another series that is attractive, as all the motorsport series, they have their good things and their bad things and their appeal sometimes," Alonso said. "We know NASCAR is one of the great series in motorsport. Obviously, I never tested the car. I have zero information about the championship, the rules, so it’s a very difficult thing to judge. Let’s see what will happen there.”

More specifically, he suggested that the series' most popular event holds the greatest allure.

"Well it is one of those iconic races that definitely they are great and they are very important in motorsport," said Alonso of Daytona. "There is appeal in all of these kinds of events.”

That being said, a forthcoming IndyCar ride looks to be more likely than a tin-top campaign. Alonso remains tight-lipped of his decision, which he claims could be made sometime in September. He suggests that his mind is not yet made up, adding: "No, not really, what I will do next year is more based on how it makes me feel happy, and trying to make something special—as I said many times, being the best driver in the world, of motorsport, not only F1."

"I'm checking a couple of things, and hopefully by October or something like that, in one month's time, I hope to get everything done, and say to you...If I feel I can be ready and competitive, I will accept the challenge. If I see it as too difficult I will postpone the challenge for later on. But it's something that I need to consider in a wider range," Alonso concluded.