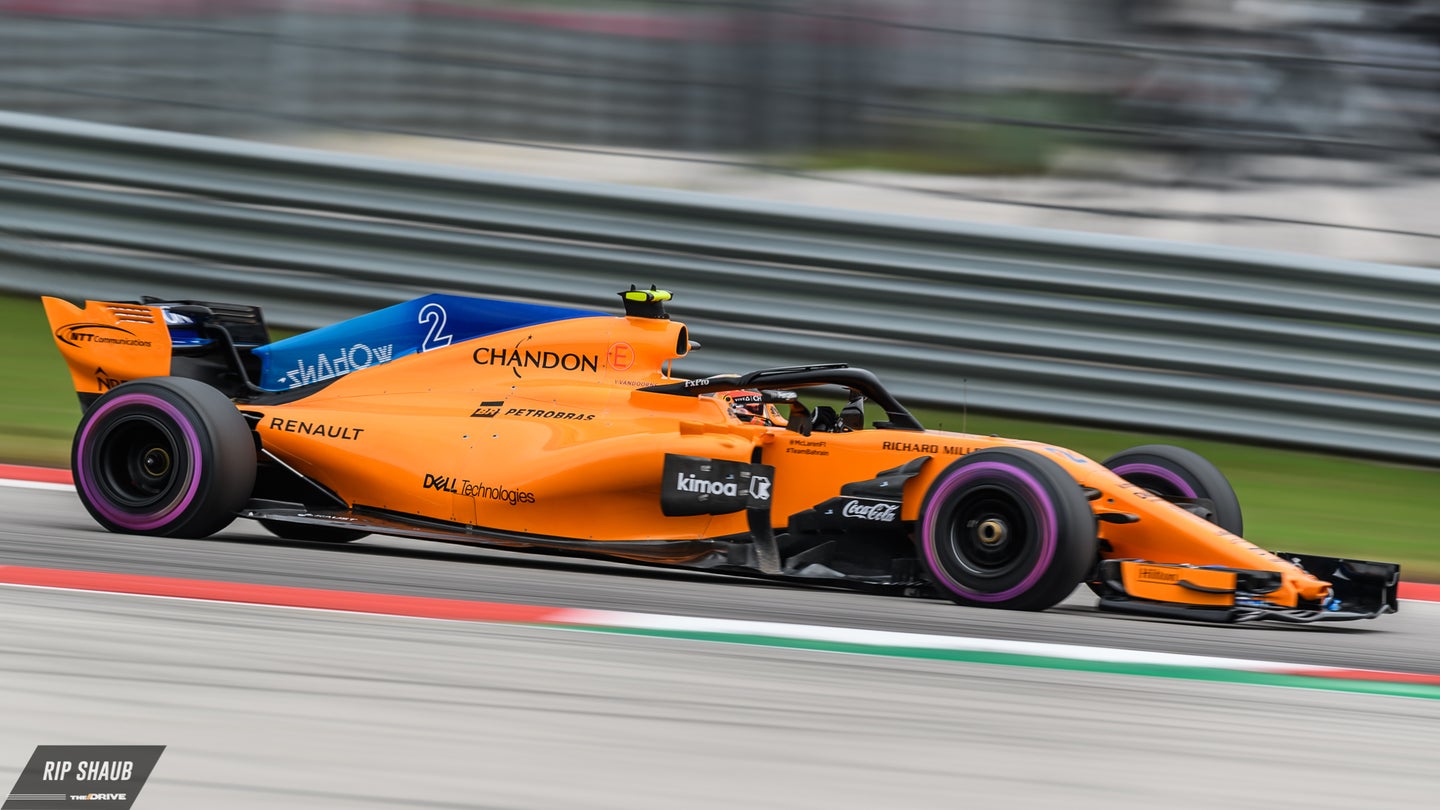 McLaren and Williams, two of Formula 1's most historically significant teams, have struggled tremendously in 2018, finding their place as constant backmarkers in the current 10-team field. Managerial switches have been made, as have mechanical ones with McLaren opting for Renault power units rather than the infamous Honda engines from years prior, but to no avail. In fact, these changes seem to have reverted the two teams' progress as they were both slower during Saturday's qualifying session for the United States Grand Prix than they were at the same track in 2017.

According to data provided by Formula 1 and pointed out by RaceFans, Williams and McLaren both saw noticeable dropoffs in comparison to their form at last year's Circuit of the Americas qualifying. Whereas last year both teams placed cars in the top-10 on the GP starting grid, each of their entrants in 2018 were eliminated in Q1. Sadly, that's become a common occurrence for the British organizations but seeing the time delta shows just how much they've lagged this season.

Major improvements were made by other teams including Sauber (-2.587), a team who last year struggled to score points but saw an approximate 2.5-second drop in USGP qualifying times this season. Others like midfield competitors Haas (-1.62) and Toro Rosso (-0.679) also found themselves on the right side of the graph but Williams (+0.207) crept slower with McLaren's deficit (+0.287) being even larger.

These woes have hit both teams in critical positions, forcing a series of financial anxieties at Williams as well as a round of investor-uproar at McLaren. Team executives and bosses have been displaced and relocated at both, but neither of the outfits' efforts seem to have brought much in terms of results this season.

The Drive at US F1 GP: Hamilton Earns Pole on His Way to Fifth World Title

Ferrari’s Sebastian Vettel was only 0.006 seconds off Hamilton’s pace but will start fifth due to a grid penalty.

Last year’s race brought criticism on the FIA, and now, the governing body has reacted.