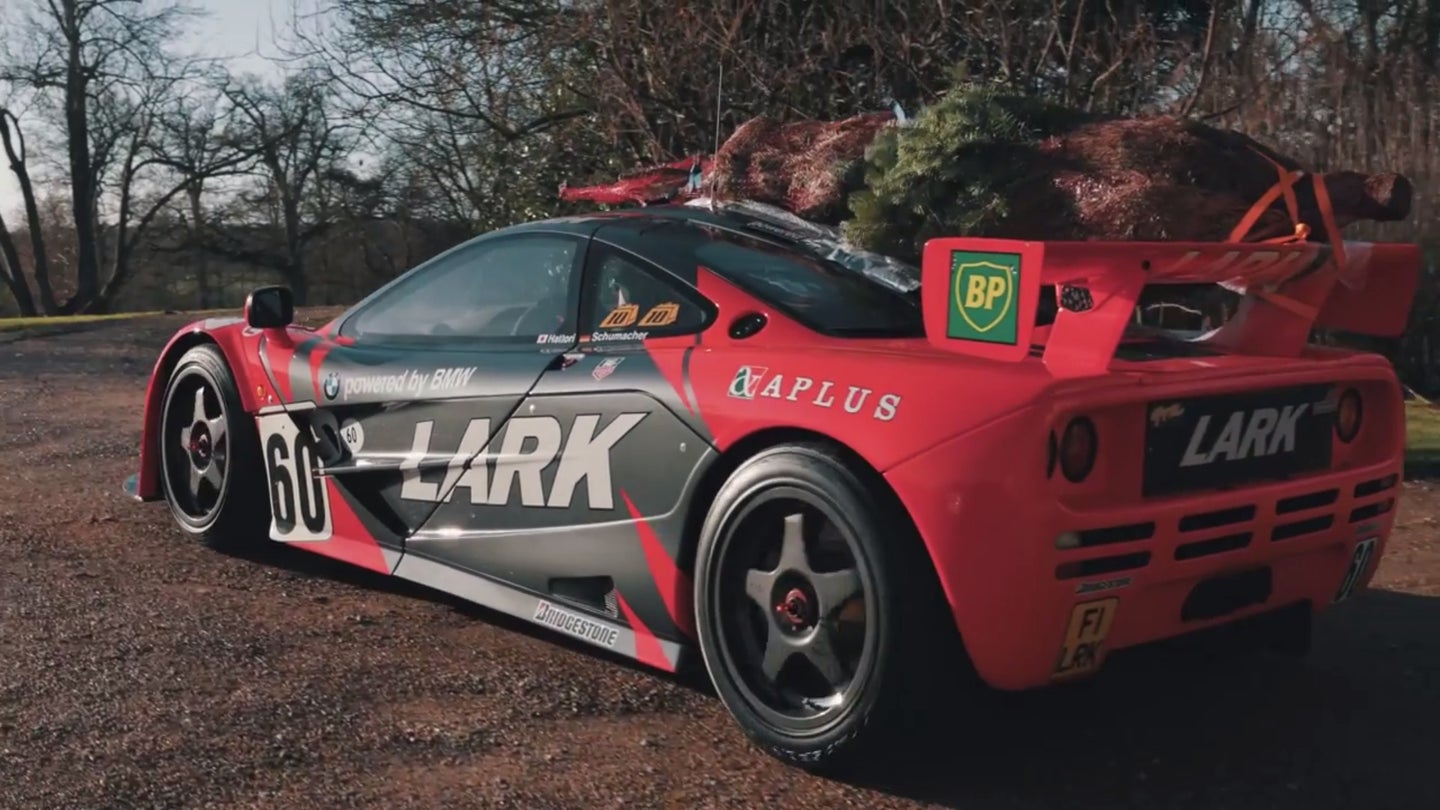 I chatted with Bruce about his video. I asked him how hard it was to put the tree on the roof? "No problem. Plenty of bubble wrap and tank tape. Used suckers from a bike carrier for hood front," Bruce said. I also asked him if there were any "oops" moments? He told me he "avoided high-speed corners, but given that it was 2 degrees Celsius outside and cold tires that was not an issue."

While we were chatting I mentioned the Ferrari F40 that was recently taken camping and asked him if there were any other crazy future plans with the F1 GTR? Bruce told me, "First go at doing this. If it is liked will do some more stuff." The world needs more daily driven McLaren F1s.

In Bruce's video, you get some great views of the one-off F1 GTR race car driving through the country and then, of course, you see it with a Christmas tree on its roof. The video ends with Bruce driving the Team Lark F1 GTR down his dirt driveway and parking the F1 GTR next to his Team Lark liveried McLaren P1 GTR.