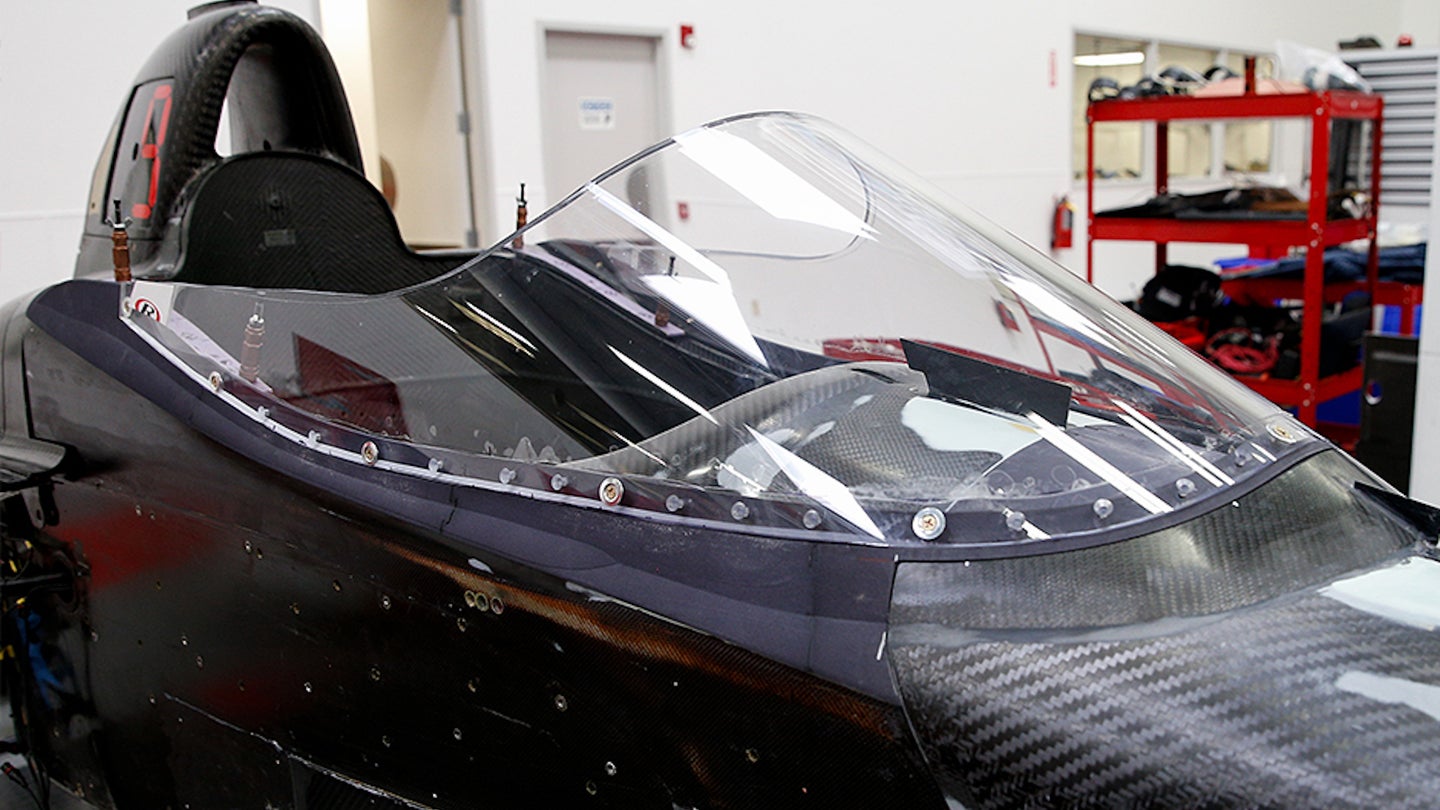 The windscreen has been under development for the past few years. IndyCar is aiming to test the visual acuity for a driver (Dixon) under various types of lighting conditions, including full sun, dusk and at night under the track lights.

“We have been striving to create a safety piece that aesthetically looks good and works in all conditions, and this is a test of those things. Any piece we put on an Indy car must work for multiple types of venues and different lighting conditions. It has to be versatile,” said IndyCar President of Competition and Operations Jay Frye in a news release.

A prototype windscreen has previously been tested in a model wind tunnel and racing simulator. IndyCar says the windscreen is made of a proprietary Opticor advanced transparency material and produced by Fortune 500 company PPG. This same material is used in the production of fighter jet canopies.

"The material has shown to be stronger, lighter and more impact-resistant than polycarbonate previously used," according to Jeff Horton, director of engineering and safety at IndyCar.

Despite the announcement of the on-track test, IndyCar says there is no timetable for the implementation of the windscreen in its competitions.

With a portfolio like that, Dallara’s maiden foray into road cars is sure to be a winner.