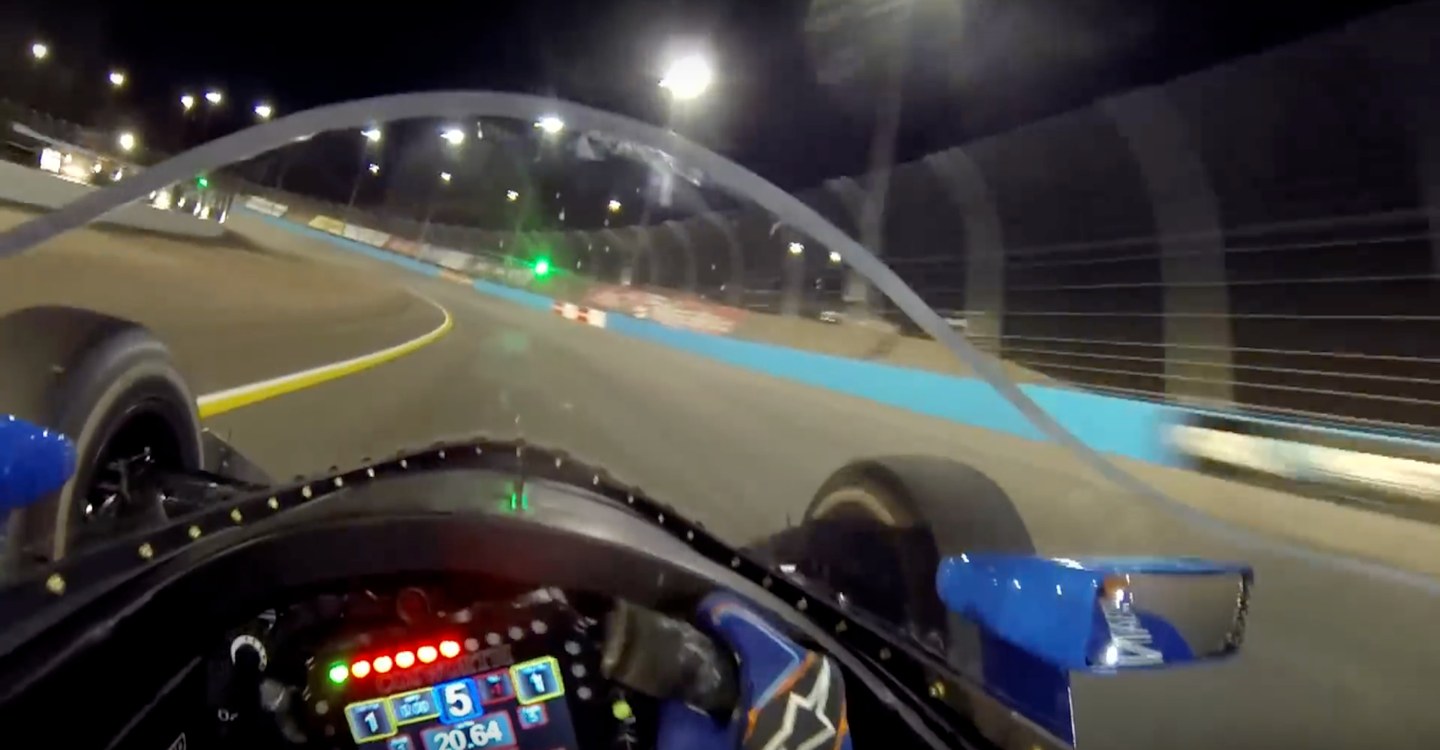 Whether you like it or not, protected cockpits are coming in one way, shape, or form. After several tests of the so-called "halo" in Formula 1, this week it was IndyCar's golden boy, Scott Dixon, who tested the series' solution to protecting racers from flying debris.

The test took place at ISM Raceway, a one-mile oval with banked turns ranging from 10 to 11 degrees located near the city of Phoenix, Arizona. Dixon's testing program included three primary runs that would explore the windscreen's performance under three different lighting conditions. The first and second runs were performed under sunny and overcast conditions, with the third taking place at night with the oval's Musco Lighting systems turned on.

The construction of the 0.4-inch-thick windscreen is being championed by PPG Aerospace while the design and execution are being developed and tested by Dallara at its American headquarters in Indianapolis, Indiana. As these videos by IndyCar show, Dixon didn't take it easy on track just because it was a testing session. Actually, it was quite the contrary as he can be seen applying the right amount of opposite-lock as he rockets in and out of turns.

This test merely represented one of the many steps ahead of the windscreen's journey to homologation, albeit a very important one. After the design is refined and tested by several drivers in real life and computer simulations, the windscreen will have to be crash-tested before potentially being mandated in 2019 or 2020.

After an entire year without a lead sponsor, Dixon and Chip Ganassi Racing finally take it to the bank.