The veteran driver shares his views on IndyCar’s future and another shot at winning the 500. 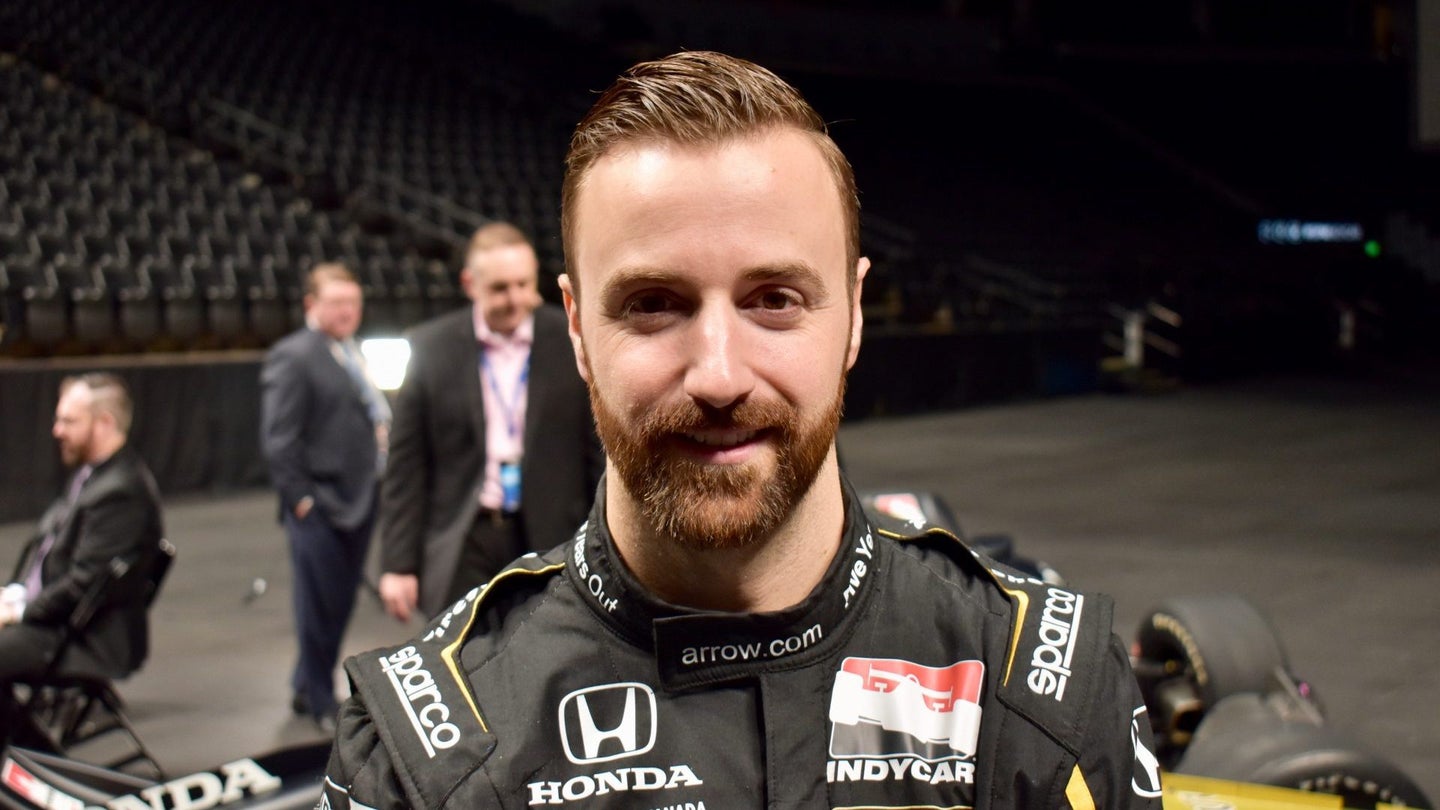 Six-time IndyCar race winner James Hinchcliffe took a minute out of his busy schedule at Arrow Schmidt Peterson Motorsports's rebranding announcement on Friday to share with The Drive his thoughts on his new teammate Marcus Ericsson, this year's changes to the Dallara DW12's Universal Aero Kit (UAK), and what he hopes IndyCar will look like in the future.

The Drive: You had a pretty productive test at Sebring, setting the fastest lap times overall despite playing with setup the whole time. Did you find any tricks that will help you out for the coming season?

James Hinchcliffe: "Actually, yeah. There was a couple [of] underlying issues that we had last year at a lot of tracks that—you know, with limited testing and limited track time on a race weekend—we were trying to kind of fix them with band-aids. We were trying to fix them with small solutions because you wouldn't wanna risk track time with a big swing at it. So we really took the Sebring test to make some really big setup changes, and I think we found some things are gonna be very helpful, not just at street tracks, but at street and road courses next year."

TD: Speaking of setup, you said last year after Robert Wickens' crash that you wanted a teammate just like him because the two of you shared a driving style. Is Marcus Ericsson a driver with a similar style to yours?

JH: "Yeah, he is! I mean that was kind of the big relief. You know, Sebring this week was our first time together out there, and our feedback's almost identical. Our driving style seems very similar; we want and like the same things from the car, so it really is kind of an ideal situation."

TD: Unlike Marcus, you've raced for a full season with the Universal Aero Kit. How would you say that has impacted the racing?

JH: "Well, I mean, it's definitely made the racing better, I don't think anybody will argue that. You know, save for the 500 and Pocono—there's some work to do on the speedway kits but in general—I think the racing across the board's been a lot better, and yeah, there's no doubt it requires a different driving style than the '17 kit did. Taking away as much downforce as we did change the weight distribution, the way that the bodywork did, it required different setups and different driving styles, and it took a little bit to adjust and get up to speed with that."

"What really helped was Robbie, to be honest, because having not driven the '17 car, he had no preconceived notions of how the car should be, and didn't have to unlearn anything as I kinda did, so he was actually a huge help in that regard. And yeah, Marcus is coming in kinda new, but at least we got a year of experience with the kit, and hopefully we can both hit the ground running."

TD: There were complaints that Pocono and Indy were tricky because there wasn't enough rear downforce, which are being addressed with more speedway rear wing options. Do you think it'll affect how you drive?

JH: "Yeah, it's not gonna change the driving a ton, but hopefully it's gonna help the racing out. It just kinda opens up some downforce options, there are some adjustments coming in the front wing as well. The cars are faster, so it was really tough to follow guys, really tough to pass guys. IndyCar's always been very proactive in trying to solve those issues when they do arise, and they've come up with a couple solutions, and we're looking forward to seeing how they work."

TD: Last year's Indianapolis 500 didn't go to plan for you, with the failure to qualify. Do you think missing the race will put you on the back foot for the 2019 race?

JH: "I don't think so. Indy's the one kinda unique one where you actually do more laps in practice than you do in the race, which is not true anywhere else you go. There are some changes coming to the wings, there's a tire compound change coming as well, so a lot of people will kind of be resetting when we get to the speedway. For us, it's just about finding that speed in the car, and making sure that we've got what it takes, because there's gonna be 38, 40 cars this year, it's not just gonna be two going home; it's gonna be a whole truckload going home, and we've had to swallow that pill once—we definitely don't wanna do it again"

TD: How do the UAKs change how you drive in comparison to the old manufacturer kits?

JH: "So, the manufacturer kit era was was very, very high downforce, and that obviously has an effect on the kind of ride heights you have to run on the cars, and it has an effect on how you kinda maximize rolling speed through corners. When you take a bunch of downforce away like they did with the UAK18 kit, you can't roll as much speed through the corners, obviously."

"With less downforce, it becomes a little bit more of a—relatively speaking—more of a sort of stop-and-go driving style, where before it was a lot of rolling speed, lotta off the brake early, roll speed across the middle. Now you're kind of braking late, carrying the brake, off it, coasting for less, going on the power more aggressively, so it changes setups, it changes driving style, but again, it makes it a little more fun to drive a car that moves around a little bit more, which is always fun for us. Visually, it's more entertaining for the fans, and ultimately, it made the racing better, and that's what matters most."

JH: "Yeah, I mean, I think the direction they went with this kit was absolutely the right one, and if there's another step that we could do, that would be great. Higher horsepower is always something that drivers want, that fans want, and there is a plan in place over the next couple years to increase the power. First through turbo boost, we're gonna do some things with fuel, and ultimately with a new engine formula, coming in 2021 I think, so yeah."

"I think all the things that I would want are things IndyCar has either already done, or is continuously working on, so this series is really heading in a good direction."

The company that put handicapped team founder Sam Schmidt back in the cockpit will now support his team for years to come.