Plenty of us are entirely burned out on burnouts. 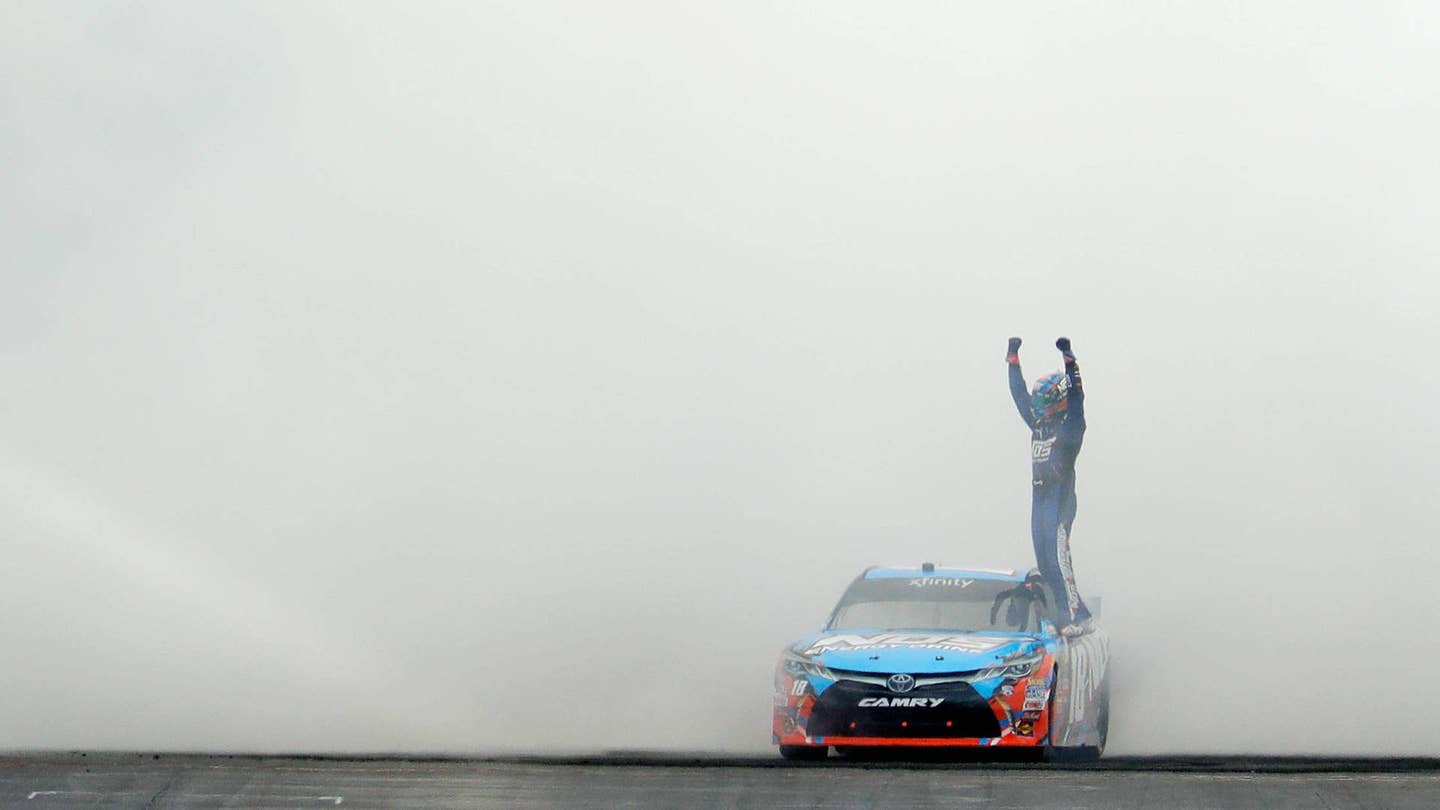 Last week, colleague Aaron Brown wrote a nice summary of NASCAR’s latest tempest in a teapot – the sanctioning body’s concern about celebratory post-race burnouts by the race winner. The concern is that ostensibly, drivers may be using the damage caused by burnouts to cover up some possible rules violation that could be discovered post-race.

At the last NASCAR Sprint Cup race, at Watkins Glen International, winner Denny Hamlin smoked the rear tires enough so they blew out, causing some obvious body damage, and who knows what else underneath the body. That could have, for example, made it difficult to inspect rear camber. Or something. There really isn’t a lot left to measure back there post-race.

“Though no recent investigations conducted by NASCAR have proven that drivers were doing burnouts or similar celebratory acts with malicious intent, officials do not want to risk it,” Brown wrote.

Of course, there was the incident at Talladega in 2010 when Jimmie Johnson’s crew chief, Chad Knaus, leaned into the car pre-race and told Johnson that if he won, to do something during the post-race burnout that would cause some damage to the rear of the car, such as hit the wall. It was broadcast over NASCAR’s “RaceBuddy” application, which happened to be recorded by a fan.

“If we win this race, you have to crack the back of the car,” Knaus told Johnson. “Got it?”

“Yes,” said Knaus. “Got it? You don't have to have to hit it hard, you don't have to destroy it. But you've gotta do a donut and you’ve gotta hit the back end, or somebody's gonna hit you in the ass-end or something. OK?” Later, Knaus said he was just being “proactive” in case they were found illegal. Of course, that was back when NASCAR was measuring rear post-race ride height.

“For its part, the racing league believes the drivers can still find ways to have fun and excite spectators without the possibility of damaging their race-winning cars,” wrote Brown. “‘We want to see a celebration and we think that drivers can celebrate without doing that,’ said Steve O'Donnell, NASCAR's executive vice president and chief racing development officer.

“We’ll take your word for it, O’Donnell. But like most of your fans, we at The Drive are very much #TeamBurnout.”

I’m so sick of the obligatory burnout that I would love to see the smoke fade, for any reason.

When I see a massive burnout, I think of one thing: Obviously the punk doing the burnout has never had to worry about how to pay for an engine rebuild, or saving the rear tires for next week’s race. To those of us who have, from racing at a much lower level and without $20 million in yearly sponsorship, it’s a legit concern.

Also, it has become just so damn predictable. The first time you see the magician pull a rabbit out of a hat, it’s pretty impressive. After 400 hats and rabbits – zzzzzz.

When Alex Zanardi did a doughnut after his CART race victory at Long Beach in 1997, it promptly moved to NASCAR. Though Zanardi is credited with the modern-day doughnut, the move is as old as rear-wheel drive cars with enough power to spin the tires, as countless school principals have learned as they gazed at their sad-looking front lawns the morning after graduation day. We, of course, wouldn’t know about that, being as how the statute of limitations is unclear as to how long principals can wait to add comments to your Permanent Record.

For me, NASCAR burnouts peaked when Kyle Busch, who has had more experience with them than anybody, became sufficiently acrobatic to do a smoky burnout in the NASCAR Camping World Series truck while actually standing up inside the truck, the top half of his body protruding outside, through the side window, which was so impressive NASCAR told him to never do that again.

And I also agree that in certain cases, we should allow a maximum burnout in very limited numbers, such as when Danica Patrick wins her first race. No comment on when to expect that to happen.

I know that supposedly some fans, even a few over the age of 11, still find them entertaining. For those fans, you know that there are types of racing that are practically all smoky burnouts, right? Such as “drifting,” and “drag racing.”

Bottom line, find something new before we hit the 20th anniversary of the Zanardi doughnut. Please.