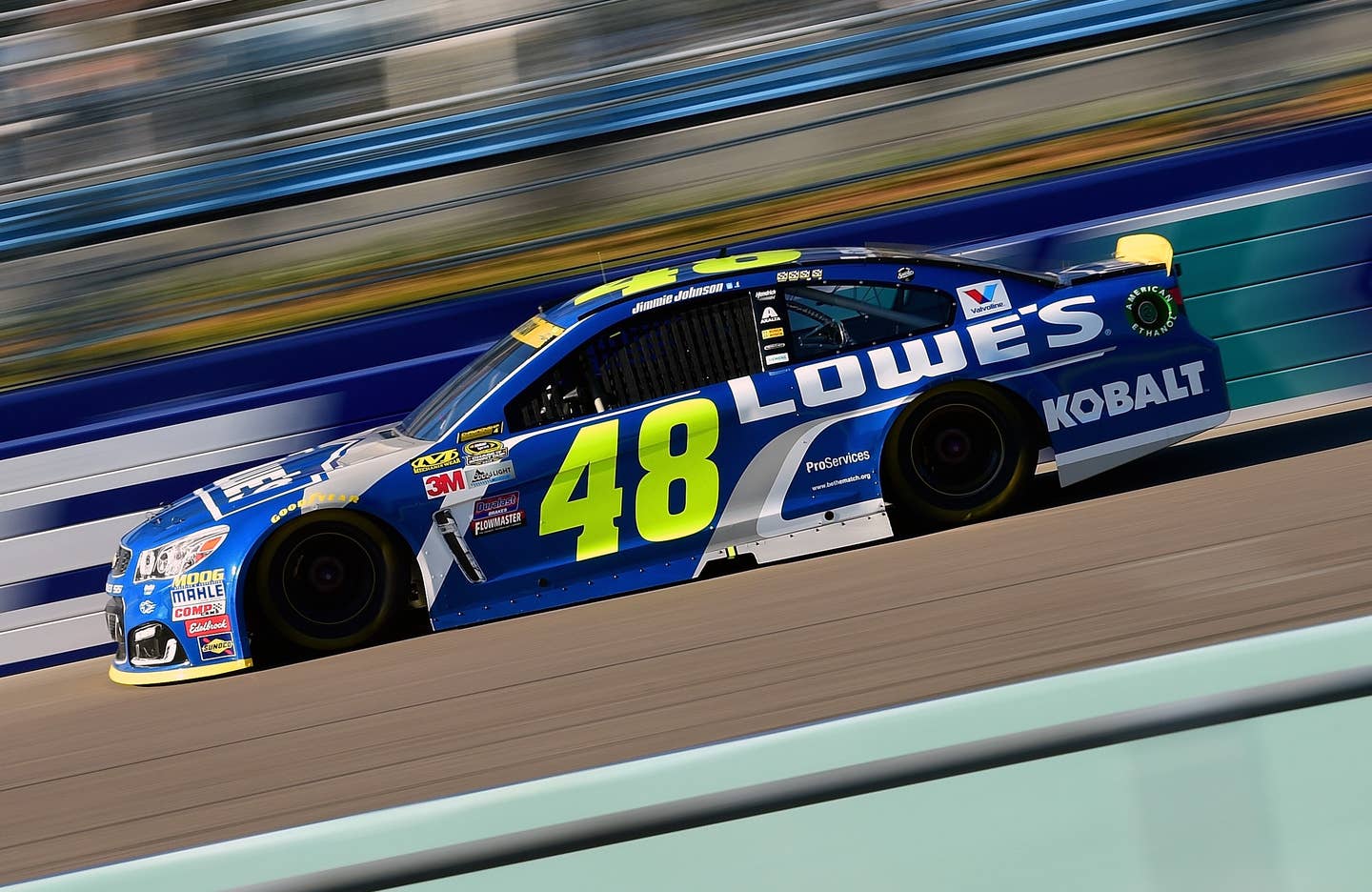 Arguably the unsung hero of the 2016 NASCAR Sprint Cup championship season in general, the season-ending Ford EcoBoost 400 in general was Dylan Lupton, 2010 Langers Juice S-2 Sportsman Series Champion, who happened to score a ride in a backmarker car for Sunday’s race at Homestead-Miami Speedway.

Lupton had a flat tire, which brought out a late-race caution flag in one of the dullest season finales in history, setting up a 10-lap shootout that changed everything.

On the restart, Carl Edwards, leading the four finalists, tried to block Joey Logano, and Logano hit Edwards, sending him into the wall, and consequently crashing seven other cars.

That caused a 32-minute red flag, and when the race finally went green again – despite another quick caution brought out by a spinning Ricky Stenhouse, Jr. – Hendrick Chevrolet driver Jimmie Johnson took the race lead from non-chaser Kyle Larson and won not only the race but his seventh championship, tying Johnson and crew chief Chad Knaus with Richard Petty and Dale Earnhardt.

So it was Larson and Kevin Harvick finishing second and third in the race, and Penske Ford chaser Logano second in the championship, followed by Joe Gibbs Toyota racers Kyle Busch and Edwards third and fourth.

It was definitely a heartbreaker for Edwards, who showed a lot of class in his post-accident interview and stopping by Logano’s pit box en route to the infield car center to let the 22 crew know that he considered the crash just hard racing. If there was any payoff for Edwards, it was the fact that he likely earned some new fans.

It was as much luck as skill for Johnson, who started last after failing pre-grid inspection. He went on to lose several positions later after his Jackman slipped and fell during a pit stop. Indeed, Johnson never seemed to have a dominant car – until right at the end, which is not unusual for the 48 car.

In other news – three-time champion Tony Stewart finished 22nd in his last NASCAR Sprint Cup race before pursuing a dirt-track career, which he suspects may not be quite as lucrative but a lot more fun.