Fortunately NASCAR and AMR recognize the importance of rapid, high-level emergency medical services when a 200-plus mile-per-hour collision is involved. 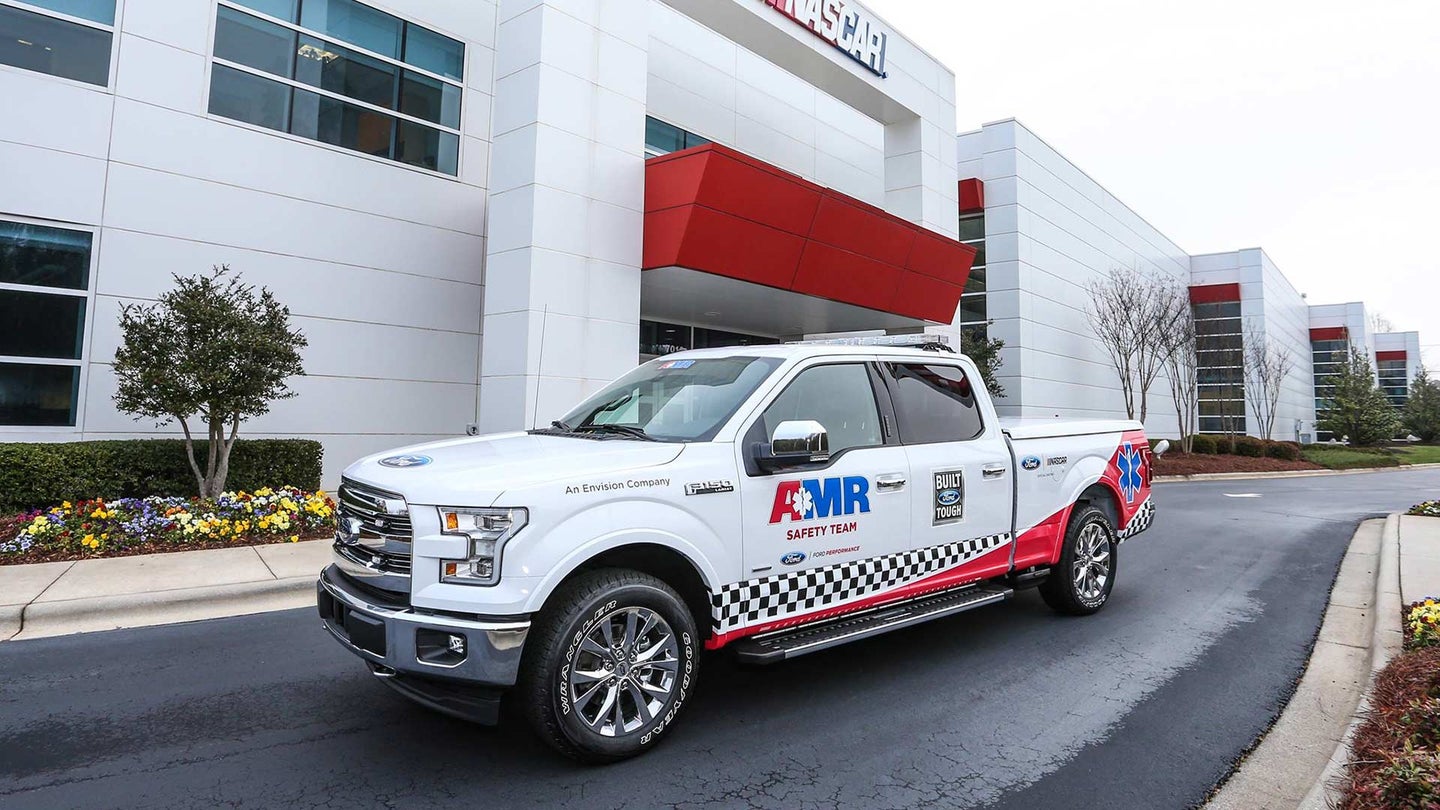 American Medical Response is the largest transporting EMS agency in the United States—and now it's also the official EMS partner of NASCAR. According to a press release, AMR will now staff new quick response vehicles at every Monster Energy NASCAR Cup Series weekend and will continue to provide top-notch infield medical support as well.

Rather than bringing crash victims to the infield to begin a physician's initial assement, NASCAR and AMR have begun to outfit swanky new Ford F-150 quick reponse vehicles for rapid response to emergency situations on the track. The F-150s will be staffed by a paramedic, doctor, and two NASCAR Track Services team members. AMR has decided to utilize these quick response vehicles in hopes to further improve the medical care provided to the drivers, and to lessen the time gap between when drivers suffer injury and when they receive treatment.

Having a physician follow an incident from start to end can provide the receiving medical team with a better idea of what happened and the potentials injuries the driver may have.

“This partnership further strengthens NASCAR’s medical response capability, making our well-established, medical response system even better,” Steve O’Donnell, NASCAR executive vice president and chief racing development officer, said in a press release. “AMR is a leader in the emergency services sector, and its doctors and paramedics add another layer of expertise to the immediate response team.”

If any of you are reading this have experience as an on-track first responder, what are your thoughts on this new partnership between AMR and NASCAR?

Plus, camping stools from Best Made Co for your next adventure.