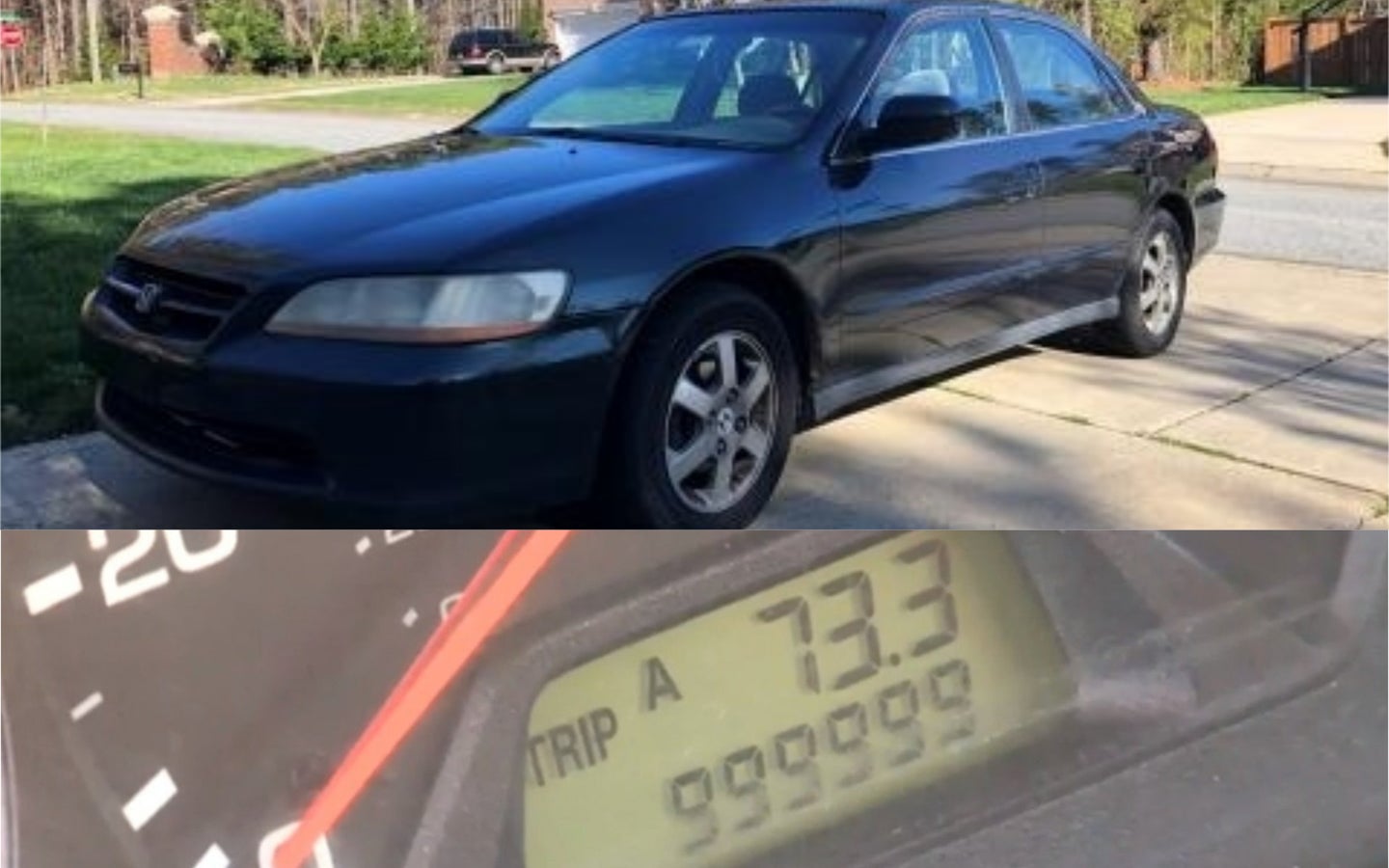 Dexter Mills is the owner of a 2000 Honda Accord that, frankly, looks just like the rest of 'em on the road. Handily, it's avoided any major collisions and it looks to be essentially dent-free—even the paint is in good shape for being nearly 20 years old. Not much separates it from the common sedan you'd see driving around town, except for the fact that it's traveled over one million miles during its lifetime.

Mills told local news outlet WRAL that he pulled over to snap a photo of his Honda's odometer as it reached 999,999 miles. He bought the car new but really started piling on the miles in 2006 when he began driving it as his primary work vehicle.

Mills is a self-employed vehicle inspector and uses the Honda to travel across North Carolina to shops and dealerships, clocking 65,000 miles a year in the process. The distance hasn’t been as hard on the car as you might expect: The Accord has had two engine replacements, one at 375,000 miles and another at 695,000 miles. Most other maintenance has been performed by Mills himself, and even with the odometer frozen in the stratosphere, the car achieves fuel economy numbers that are competitive with many new vehicles, averaging around 450 miles per tank.

Honda and Toyota dominate the list of vehicles that people keep the longest and we’ve been hearing more stories of cars and trucks hitting the million-mile mark in recent months. A common theme among all of the million-milers is that all routine and preventative maintenance is done regularly and on time. A careful driving style is at least partially to thank as well, with Mills crediting some of the Accord’s longevity to his gentle right foot.

Though the car has been more than kind to him, Mills says the time has come for a new set of wheels.

Mills thinks his next vehicle purchase will be an SUV but hasn’t decided on a make and model yet.