1,300-Mile 2009 Honda Civic Si Could Be Your Tuner-Friendly Time Capsule

You won’t find one closer to new than this. 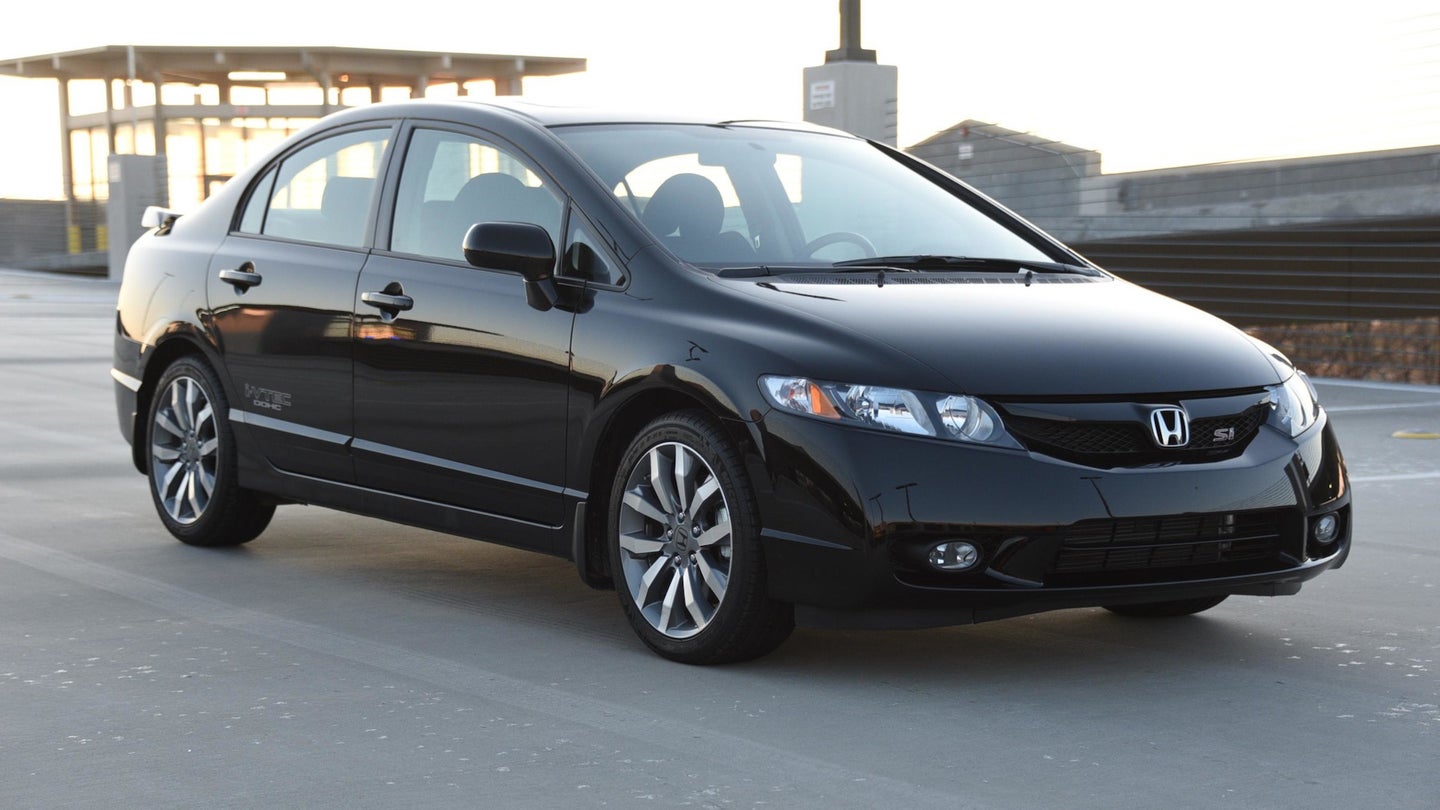 This 2009 Honda Civic Si has just 1,300 miles and can be yours, but you'll pay dearly for the privilege. The car's auction price as of mid-day Saturday is nearly $16,000 and there's still plenty of time left for that number to swell.

The "Bring a Trailer tax" is in full effect with this one, which sold for just a few thousand dollars more than its current auction bids when new. That said, this Civic Si is likely as close to a new example of the car as we’ll ever see. With just 1,300 miles on the clock and almost no modifications other than a sport exhaust to speak of, there’s essentially no need to worry that it's ever been driven hard—a common concern with any preowned sporty car.

As the story goes, this car was once a Honda corporate vehicle before it was sold to an employee in May 2019. As a result of its unique background, its window sticker shows that it was not meant for sale to the public. It’s unclear if that will have any impact on future owners’ ability to register the Civic or insure it.

The current seller purchased the eighth-gen Si and drove it to Oklahoma, where it lives today. Though the 2009 Civic was not a blockbuster hit for Honda, the Si model was a lively performer that still has plenty of fans today. The car is powered by a 2.0-liter VTEC inline-four that made 197 horsepower from the factory, and this one’s got a six-speed manual gearbox with a limited-slip differential.

At the time of this article, the auction still has a full two days left so the $15,750 price tag is sure to grow a bit more before all is said and done. Even though it’s over 10 years old at this point, someone will get a prime example of the Civic Si, even if the price continues to climb.