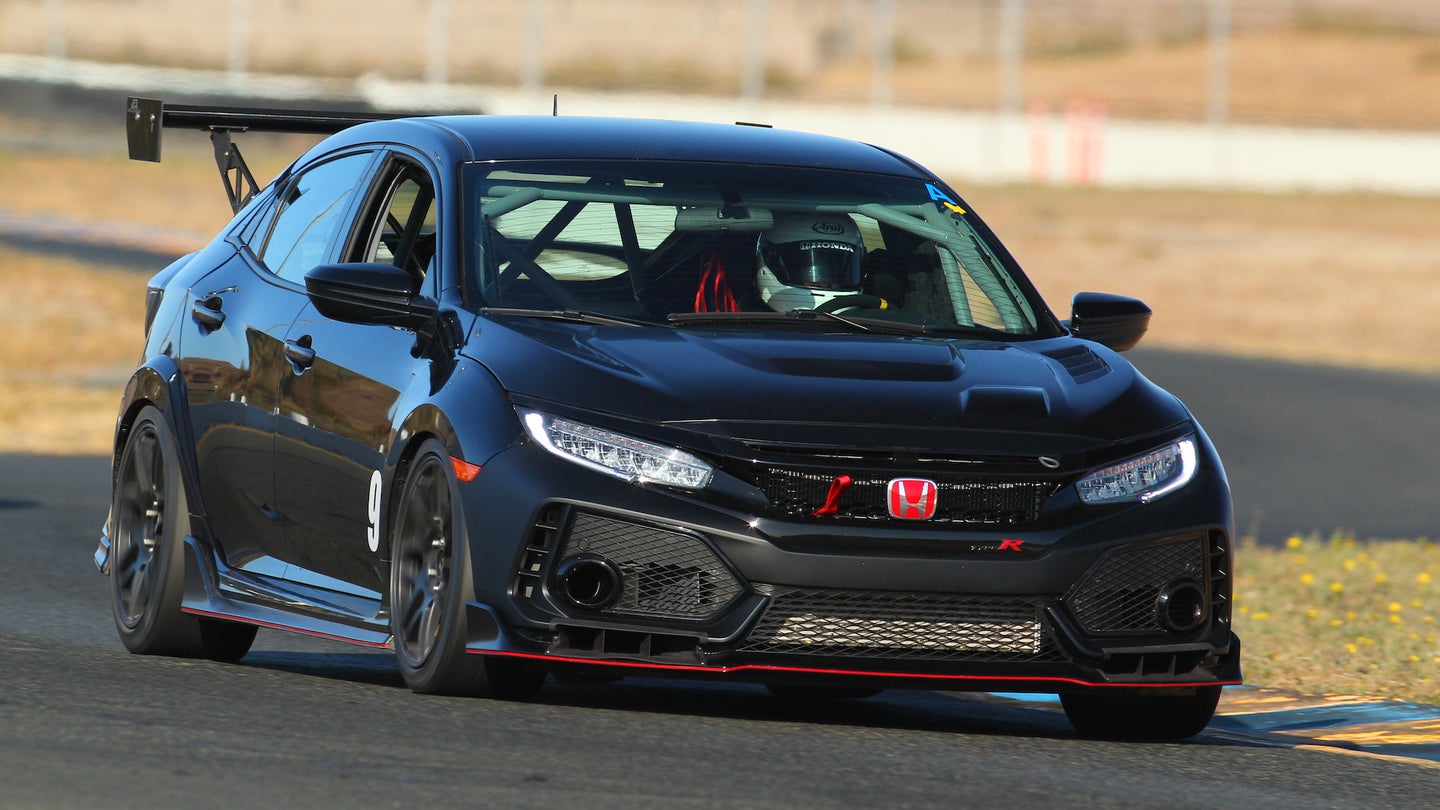 We're not really sure what happened to make companies like Hyundai, Mazda, and Honda perk up to fill the touring car space with new, turnkey race cars, but more motorsport has never been a bad thing, nor has window-shopping, so we welcome this wealth thereof. Just in time for the holidays, Honda Performance Development's storefront features a new display: the Civic Type R TC.

The TC bridges the gap between HPD's entry-level, 220-horsepower Civic Si TCA and its 340-horsepower Civic Type R TCR, and offers possibly the best value for money in Honda's turnkey touring car range. Its price point is closer to the Si TCA's, but its performance nudges the Type R TCR's with 270-plus horsepower and the capability to soar past 330 as race series permit. It gets its leg up on the road car from a Borla-supplied downpipe and turbo-back exhaust as well as a tunable ECU. It should also stay healthy season-long thanks to upgraded cooling systems.

Reinforcements have also been applied to the factory six-speed manual transaxle. Now, its third and fourth gears are stronger to handle the rigors of racing, and its differential has been replaced by a Cusco-made limited-slip unit like that found in the Si TCA. The rest of the Type R TC's upgrades are mostly standard motorsport sundries, like upgraded front brakes, a 16-gallon fuel cell, a top-grade roll cage, fire suppression, and OMP driver restraints in the form of a single bucket seat and six-point harness.

Buying a Type R TC, naturally, isn't as simple as walking into your nearest Honda dealer. Only members of Honda Racing Line with active Honda motorsport commitments can purchase the car, which costs $89,900 and is nowhere near street-legal. If you can't lay down that kind of cash, then there's always the Civic Si TCA or even better: cheaper forms of racing that are just as fun.