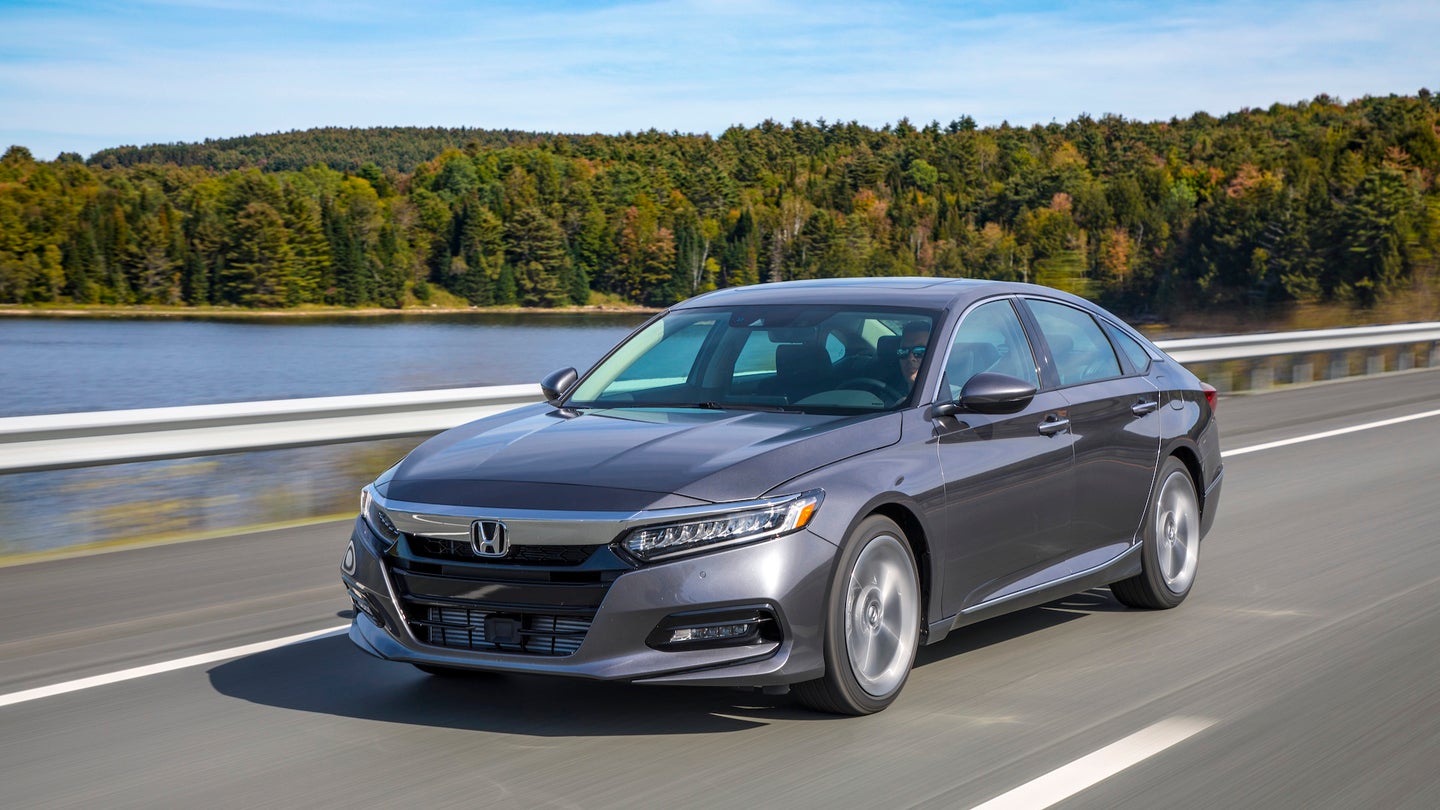 Although our constant inundation with technology in 2019 means our locations are always being tracked and our conversations analyzed, there is at least one upside to this Orwellian nightmare: It's mighty tricky to steal a modern car and get away with it. GPS trackers can pinpoint a stolen vehicle's location, and in some circumstances, these vehicles can be disabled remotely to assist in its recovery. It's a convenient service, but only if you're willing to pony up the bucks, according to Honda. Otherwise, as one Canadian Honda Accord owner just found, you'll be up a creek without a paddle.

Layth Ablhd of Vaughan, Ontario told Global News that he awoke on the morning of Dec. 4 to find his 2019 Honda Accord absent from his driveway. A neighbor's security system captured footage of three unidentified individuals making off with the vehicle earlier that morning. Ablhd contacted the York Regional Police about the theft, who proceeded to find out whether Honda was capable of tracking the vehicle itself.

An employee at a call center operated (or contracted) by Honda reportedly confirmed that they had the vehicle's location, but declined to share it, as Ablhd wasn't subscribed to Honda's connected car service HondaLink. Ablhd told Global News that he wasn't briefed on the service when he purchased the vehicle, which he says he would have sprung for had it been offered. When the police constable spoke with the call center employee over the phone, the employee reportedly told them to "get a warrant," leaving Ablhd with no choice but to drop approximately $112 on the service in order to get his vehicle's location. Unfortunately for Ablhd, by the time the subscription came online and the duo reached the call center a second time, he was told the vehicle's signal had been lost.

"This customer did not have an active HondaLink subscription, which is required to locate the vehicle," a Honda Canada spokesperson reportedly told the publication, adding that Ablhd was refunded. "Without an active subscription, the police would have to present a warrant to activate the location services on the vehicle and no such warrant was provided. At no time was Honda or its HondaLink provider aware of the location of this vehicle."

The spokesperson's comment conflicts with Ablhd's recollection of being told his Accord's location was known. The Drive reached out to Honda for a statement on this story, and we will update when we receive comment.