Your new NSX could be assembled by Honda’s tax guy. 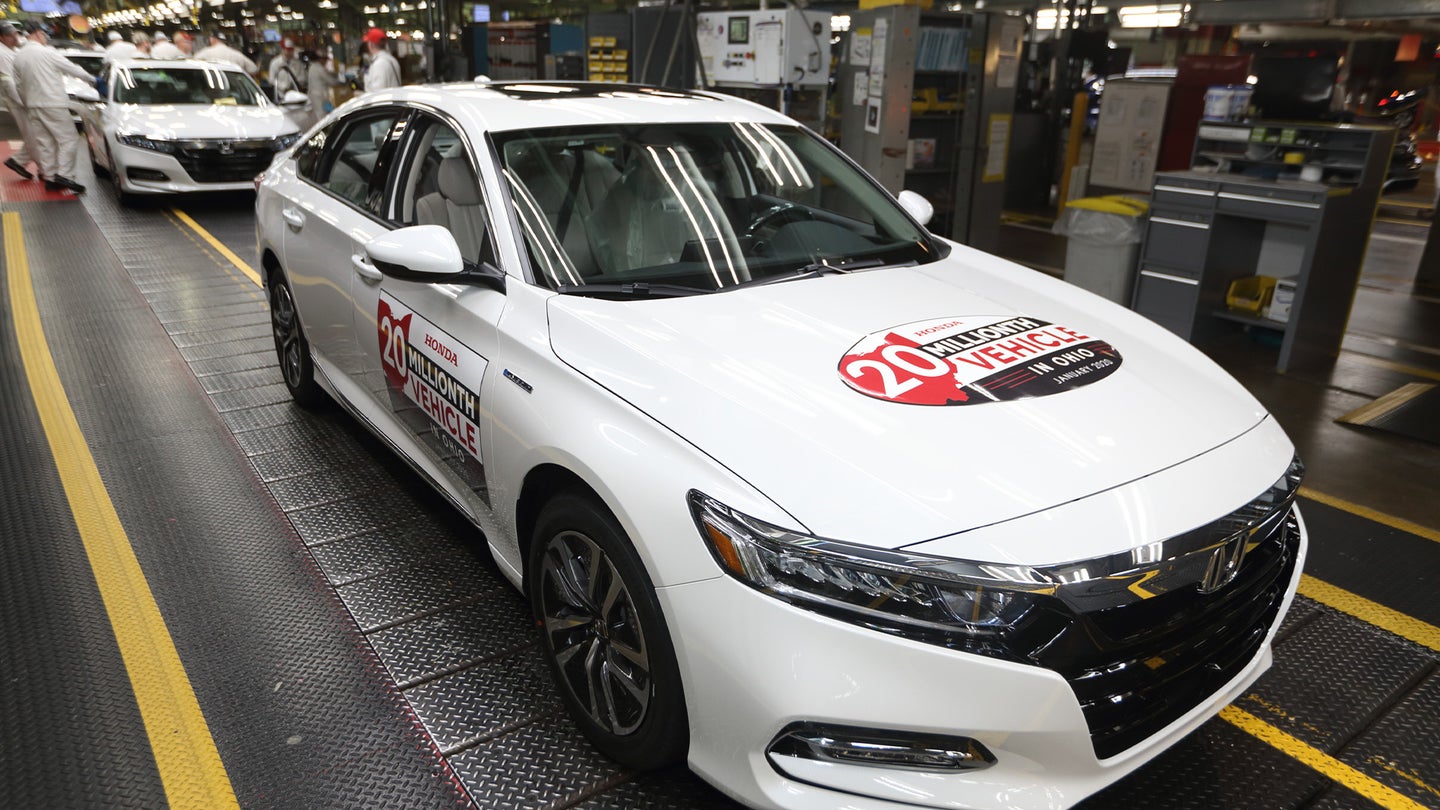 If you're planning on buying a new Honda soon, your new vehicle might just be assembled by one of Honda's many talented office workers. Due to coronavirus-related staffing issues at least one of its U.S. plants, the Japanese automaker has asked some of its white-collar workers to step away from their neatly-organized desks and join their fellow assembly-line colleagues on the factory floor.

According to a report from local news station WSOS, office employees at Honda's plant in Marysville, Ohio received an email asking them to step up and fill in for absent assembly line workers. While initially just a call for volunteers, a new email reportedly sent out to employees last week highlighted that the request is no longer voluntary and that a certain number of employees from departments such as accounting, purchasing, and even R&D will soon be assembling vehicles.

"Regardless of whether or not you wanted to [work the assembly line], you could be subject to it. They took volunteers first, but my understanding was they didn’t receive many volunteers for this activity, so then they made it mandatory," a Honda employee who chose to remain anonymous told WOSU.

"They’re losing so many people each week because of either testing positive or being in contact with someone who tested positive that they can’t backfill the positions quickly enough for all the shortages, so they’re having to grab people from anywhere they can in order to keep the line going," the employee added.

Some employees who are being called to the assembly line feel that Honda's actions are putting them at risk. The office workers, who have been performing their job duties remotely or were adamant about practicing social distancing in the office, will now be required to work on the production line where personal space is anything but ample. This is especially a concern when working in an environment where previous employees had tested positive for COVID-19, and now the employees who normally work at a desk feel forced into a role they didn't sign up for.

A Honda spokesperson confirmed to WOSU that the automaker was seeking interdepartmental support for its production team and assured the outlet that this was not the first time it has been down this road, despite the anonymous employee claiming that he had not witnessed this in the five years he had been working with Honda.

"Due to strong customer demand for our products and the need to carefully manage production during the COVID-19 pandemic, we are facing some temporary staffing issues that require support from associates who do not typically work in production," said the Honda spokesperson. "We have implemented such temporary measures in the past, and are working diligently to attract and hire associates to support our production needs."

Honda says that it conducts daily temperature scans for employees, requires the use of face coverings, and has the capability to test for coronavirus in-house.

The Marysville plant is home to seven Honda vehicles, five of which are sold under the Acura brand. This includes the Honda Accord and CR-V, as well as the Acura TLX, RDX, ILX, MDX, and even its top-tier supercar, the NSX.

These US Cities Braved COVID-19 for Cheap Gas Most Often