It's unclear why the production lines are shutting down in the first place, but low Model S and X demand could be to blame. 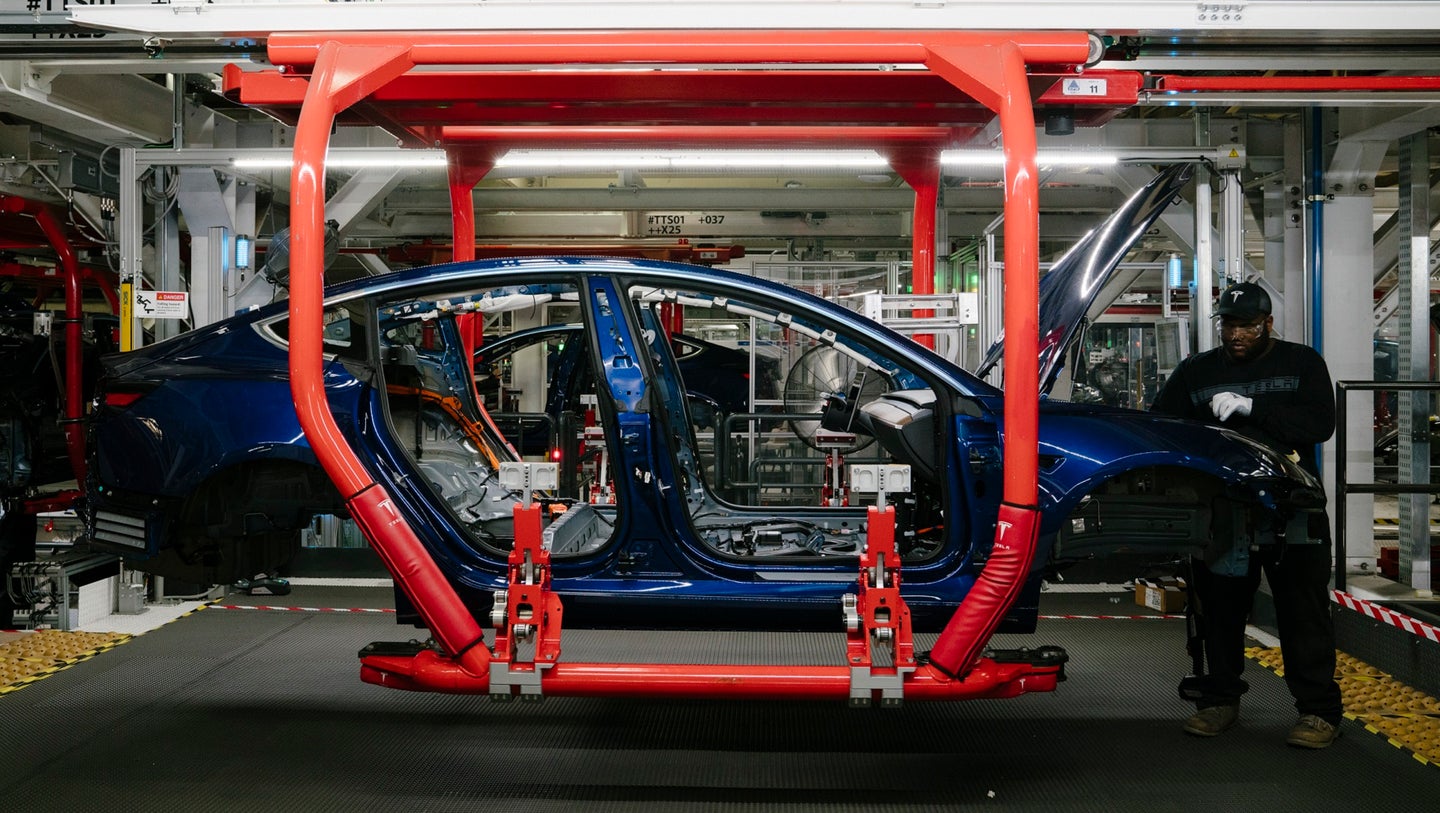 It's the holiday season, which means people everywhere are scrambling to rake in a bit more cash to feed the never-ending capitalist machine. Many people are also taking some much-needed time off to end an undoubtedly rocky year, including some factory workers at Tesla who don't have a choice as production lines for the Model S and Model X will be shut down for 18 days. What's more, while three of these forced days off will be unpaid, Tesla has reportedly asked for volunteers to assist with year-end deliveries.

According to an email produced to CNBC, Tesla's mandatory production line shutdown will begin on Christmas Eve and end on Jan. 11, lasting a little over two and a half weeks. This shutdown will only affect the production lines which pump out Tesla's higher-end sedan and SUV.

According to the letter, employees will receive pay for most of the shutdown—all except for Dec. 28-30. The letter also states Tesla is offering paid shifts for interested production line workers to instead focus their efforts on supporting "other shops." If these shifts fill up, employees have the option of using any paid time off (PTO) they've acquired or, as mentioned, volunteering during their unpaid stint to assist with vehicle deliveries so that Tesla can close out the year strong.

The letter obtained by CNBC reads:

"We would like you to take the opportunity to refresh or spend time with your family, so Tesla will be giving you a full week pay for the week of Jan. 4th. There will also be limited paid opportunities for you to support other shops or volunteer for deliveries during some of this time."

It continues, "If you would like to volunteer for deliveries for Dec. 26th — Dec. 31st, or support other shops from Dec. 28th – Dec. 30th, please use the survey below to let us know your preference. We will do our best to accommodate your requests, but preferences are not guaranteed and will be granted on a first come first serve basis."

While it's obvious that Tesla is shutting down production for Model S and X vehicles for several days, it's not clear why the automaker has made the call. Perhaps Tesla is finding itself with a demand problem for its higher-end vehicles? After all, there is abundantly more competition in the luxury EV segment than ever—the Porsche Taycan, Audi E-Tron, Jaguar I-Pace, and Polestar 2, to name just a few.

The concept of suggesting that workers volunteer on these forced days off is nonetheless strange as well. Employees' reactions haven't hit Twitter yet, though it wouldn't be a surprise to see a few pop off in time.

Looking back at Tesla's year-to-date production and delivery numbers, it becomes clear that the Model 3 and Model Y are significantly higher sellers—something we've known for some time. But the Model S and X only make up around 14 percent of Tesla's 2020 vehicle deliveries. CEO Elon Musk himself has said that the Model S and X are "not all that important" in the long-term, after all. Perhaps Tesla sees a need to focus on its better-selling units and has shifted its focus to strengthening delivery numbers for the Model 3 and Y.

Or—a long shot—maybe Tesla is rolling out an in-place update for its aging Model S and X units and has shut down production while the assembly line is retooled?

Regardless, the reasoning behind the shutdown is completely speculative at this time. Perhaps we will learn in January why the stop in production was necessary, whether it be a shiny new Model S and X, or a footnote in Tesla's quarterly earnings report.