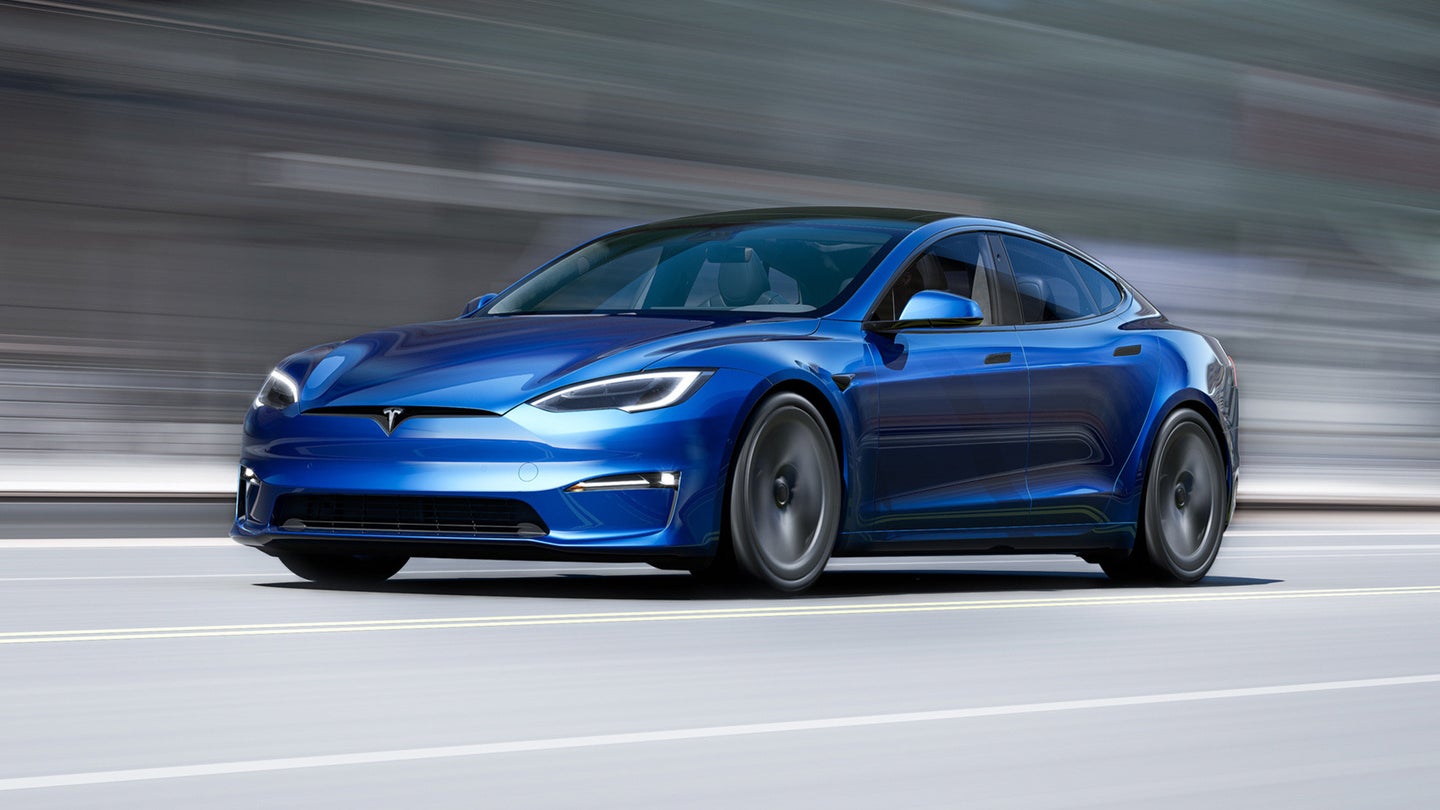 The tri-motor Tesla Model S Plaid has been on the radar of fans and potential owners since first being announced in 2020. Now, after months of unexpected delays, the performance sedan is finally getting a definitive release date, all kicked off by a delivery event taking place next month on June 3.

According to a tweet from CEO Elon Musk, Tesla will host an event at its California Gigafactory to commemorate the vehicle's launch. And to make matters a bit more exciting, Musk is also doubling down on the automaker's performance claims, stating that it will be the "fastest production car ever." Maybe he meant "quickest?"

Musk says that the Model S Plaid will sprint from zero to 60 miles per hour in under two seconds thanks to its new tri-motor setup, which certainly does make it a quick car. That figure would place the sedan with the likes of the Koenigsegg Gemera, the $1.7 million, limited-production hypercar that can make the same run in 1.9 seconds.

The Model S Plaid was originally set to debut in February; however, Tesla previously explained ongoing production delays during its first quarterly earnings call of 2021, noting that the hold-ups were largely due to the new drive units, battery packs, and quality testing.

As for its performance, there's no doubt that the Model S Plaid will turn heads. All this waiting may very well lead to a vehicle that reigns as king of the drag strip.

Recently, two units of the refreshed Model S were spotted at Laguna Seca where they set a new unofficial lap record for EVs. It's believed that the vehicles being tested were the upcoming Plaid or Plaid+ variants, and Tesla may discuss this at its delivery event. Additionally, a Canadian outlet recently published (and subsequently deleted) an article which claimed a 9.23-second quarter-mile run was achieved by a new Model S testing at Auto Club Famoso Raceway, just a few hours south of Tesla's Fremont factory.