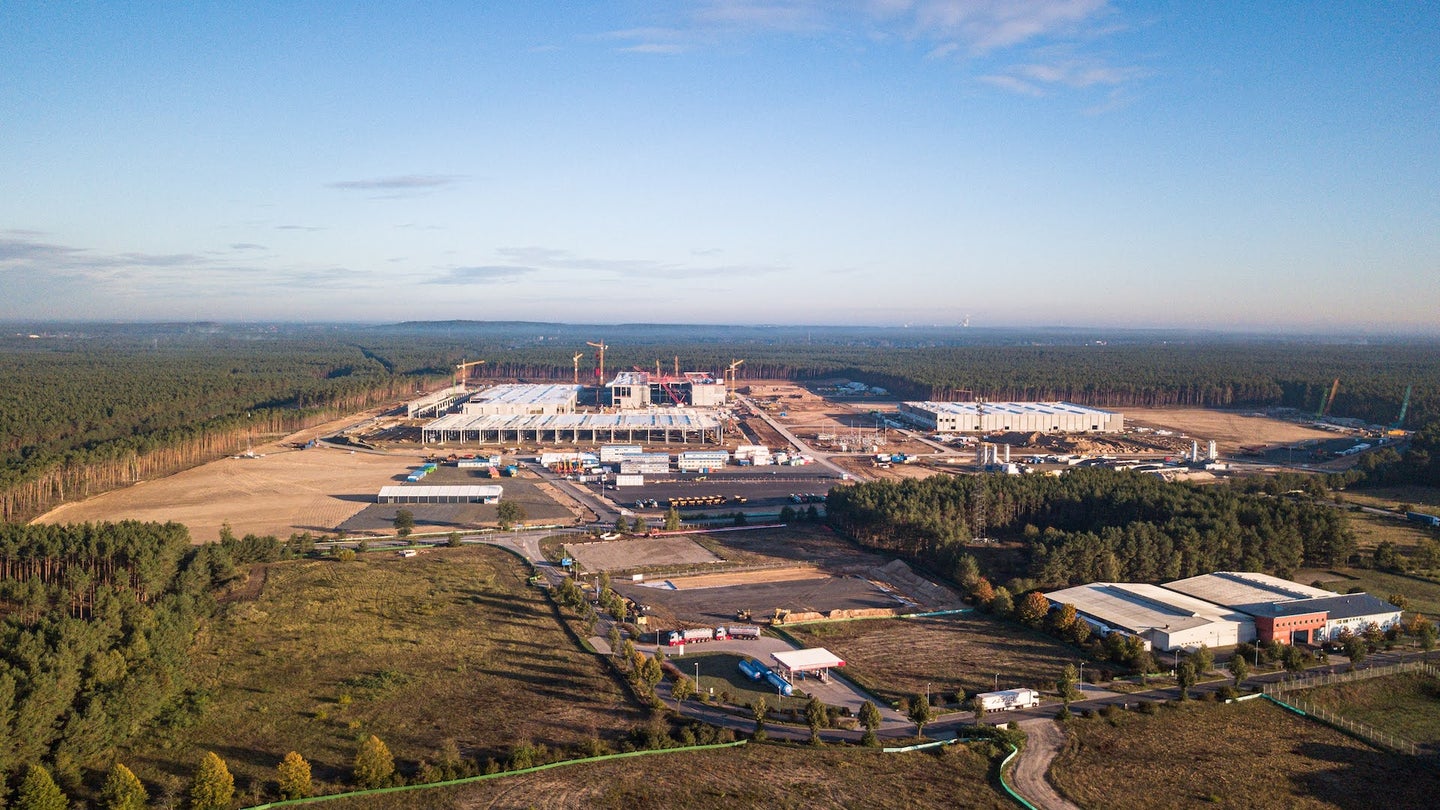 Setting up shop in Germany has come as a culture shock for Tesla. While snubbing local authorities worked for it in Fremont during early COVID-19 shutdowns, German utilities have apparently proved less of pushovers, and they've reportedly shut off water to the construction site of Gigafactory Berlin due to Tesla not paying its water bill.

According to Germany's RBB 24, Tesla and the water association of Strausberg-Erkner (WSE) agreed more than three weeks ago to a "water development contract," one to secure 383 million gallons of water use and 251 million gallons of wastewater disposal for Gigafactory Berlin. Payment associated with this contract was reportedly due by Oct. 14, but that date came and went without a deposit, and the WSE supposedly turned off the taps.

The WSE told RBB 24 that ceasing water supply is standard procedure in all cases of missed payments, and that Tesla's prospective local economic impact did not preclude it from paying. A spokesperson reportedly declined to comment on the site's consumption or the balance owed but added that late fees could begin to accrue as soon as Friday.

As water is crucial for producing concrete and other building materials, construction on the company's fourth "Gigafactory" may face its second major interruption in 2020. In January, the site unearthed around 800 pounds of unexploded World War II bombs, forcing them to call in bomb disposal experts. The following month, hundreds of locals mounted protests over site deforestation, though they fell on deaf ears and failed to disrupt construction.

While The Drive would contact Tesla for an explanation of Gigafactory Berlin's situation, the automaker recently disbanded its communications department.

Tesla anticipates Gigafactory Berlin will be online as soon as summer 2021, allowing the automaker to launch local production of the Model Y crossover. This vehicle will substantially differ from the one sold in the United States, with company CEO Elon Musk emphasizing an architectural redesign so as to simplify production, potentially heeding lessons from the Model 3's troubled production ramp-up.

CEO Elon Musk says LiDAR “is a fool’s errand.” Having said that, you can get it on your iPhone 12.