The issue could cause the infotainment screen to go blank while driving, and therefore disable many basic functions and safety systems. 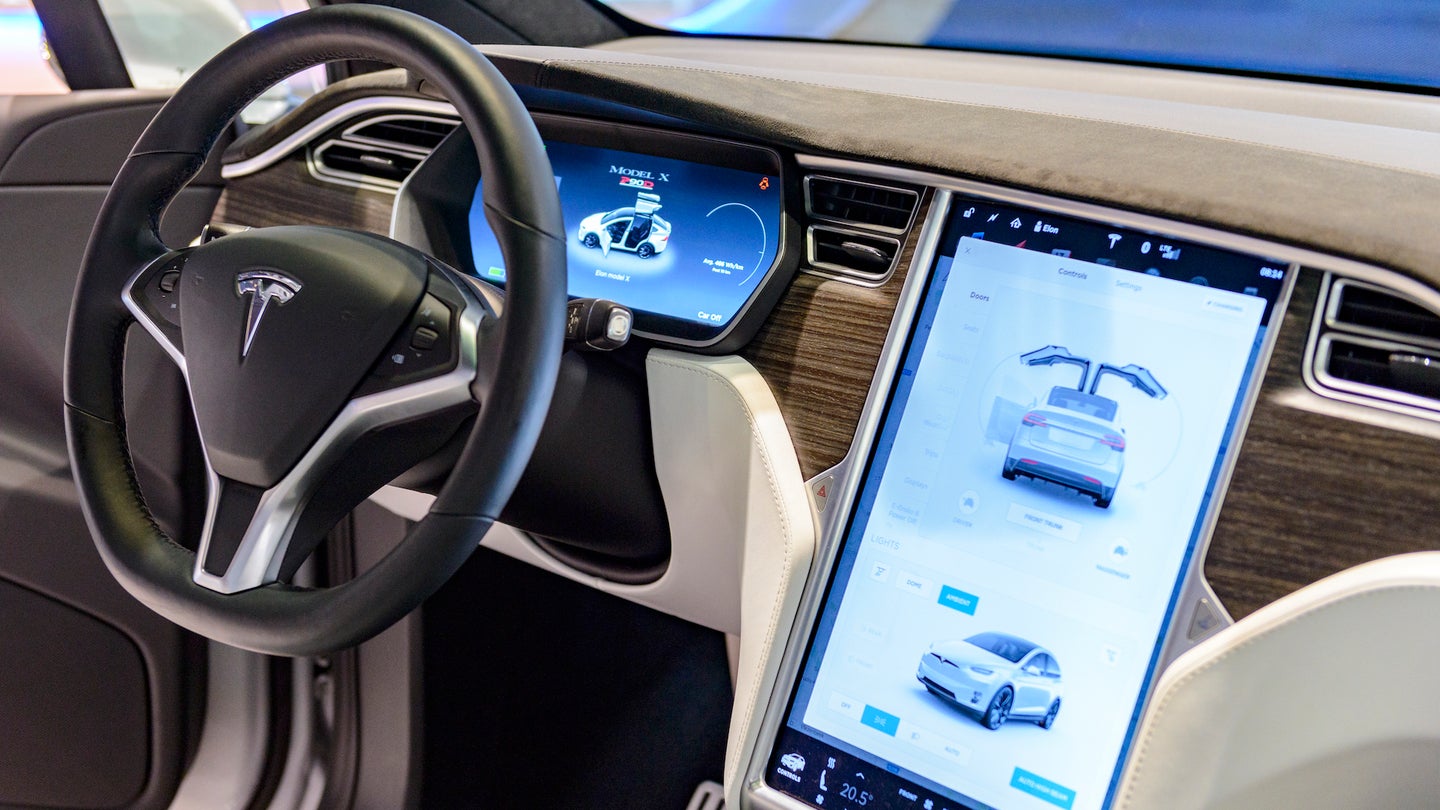 Tesla has been instructed to recall 158,000 Model S sedans and Model X SUVs by the National Highway Traffic Safety Administration (NHTSA) due to a flash memory failure in the vehicles' media control units that can go haywire while driving. Specifically, it could switch off the rearview camera, disable turning signals, and turn off the ability to defog your windshield, essentially creating a perfect storm of visibility issues. The "inevitable" issue itself is not new, as the NHTSA highlights in this rather lengthy timeline.

The safety administration had already instructed Tesla to recall the cars last year, but a letter dated Feb. 1, as reported by Reuters, acknowledges that only 134,951 cars are being recalled by Tesla itself. The recall involves Model S cars from 2012 to 2018 and Model Xs from 2016 to 2018, which are fitted with an NVIDIA Tegra 3 processor to handle the distinctive 17-inch infotainment touchscreen, and more importantly, a load of key safety features. When the processor's flash memory wears out (a function of high-performance eMMC NAND, which eventually stops refreshing) the touchscreen can go blank and the car can lose some or all control over the aforementioned systems.

“It is economically, if not technologically, infeasible to expect that such components can or should be designed to last the vehicle’s entire useful life,” Tesla said Tuesday on a letter addressed to the NHTSA.

Tesla won't actually be fully replacing the screen or even the processor on recalled cars but replace the eMMC daughterboard with a nonspecifically improved one, which will be at the start of its wear lifetime. Generally, trying to get the daughterboard replaced to improve processor performance is something Tesla owners often want done and previously haven't always been able to get under warranty, so even for owners not yet experiencing gremlins, this is a desirable upgrade as well as a safety necessity.

This marks Tesla's biggest-ever recall, topping the 123,000 Model S cars previously recalled for faulty bolts. Most of the Tesla models affected have multiple previous recalls (some Model S are on their fifth) so owners are probably already fairly friendly with their local service center and the immediate risk isn't catastrophic. The NHTSA says that 88% of models on the road in the US are operating on firmware (2020.48.12) that will issue a warning before the eMMC starts to fail, saying it needs replacement.

Tesla has made using what's, basically, gamer tech to build its touchscreen control, instead of building to automotive grade. This sort of issue, which doesn't matter so much if the worst thing that might happen is you stacking your K/D again, but does matter kind of a lot more if that happens while switching lanes on the interstate without any indicator lights, because you can't respawn in real life.

Slightly more worrying, possibly, is that Tesla isn't the only automaker using Tegra processors. There's no reason to assume the same issues are built into the BMW i8 because they're different cars, running different firmware but they have a similar tech partnership with NVIDIA to run their fancy infotainment systems.