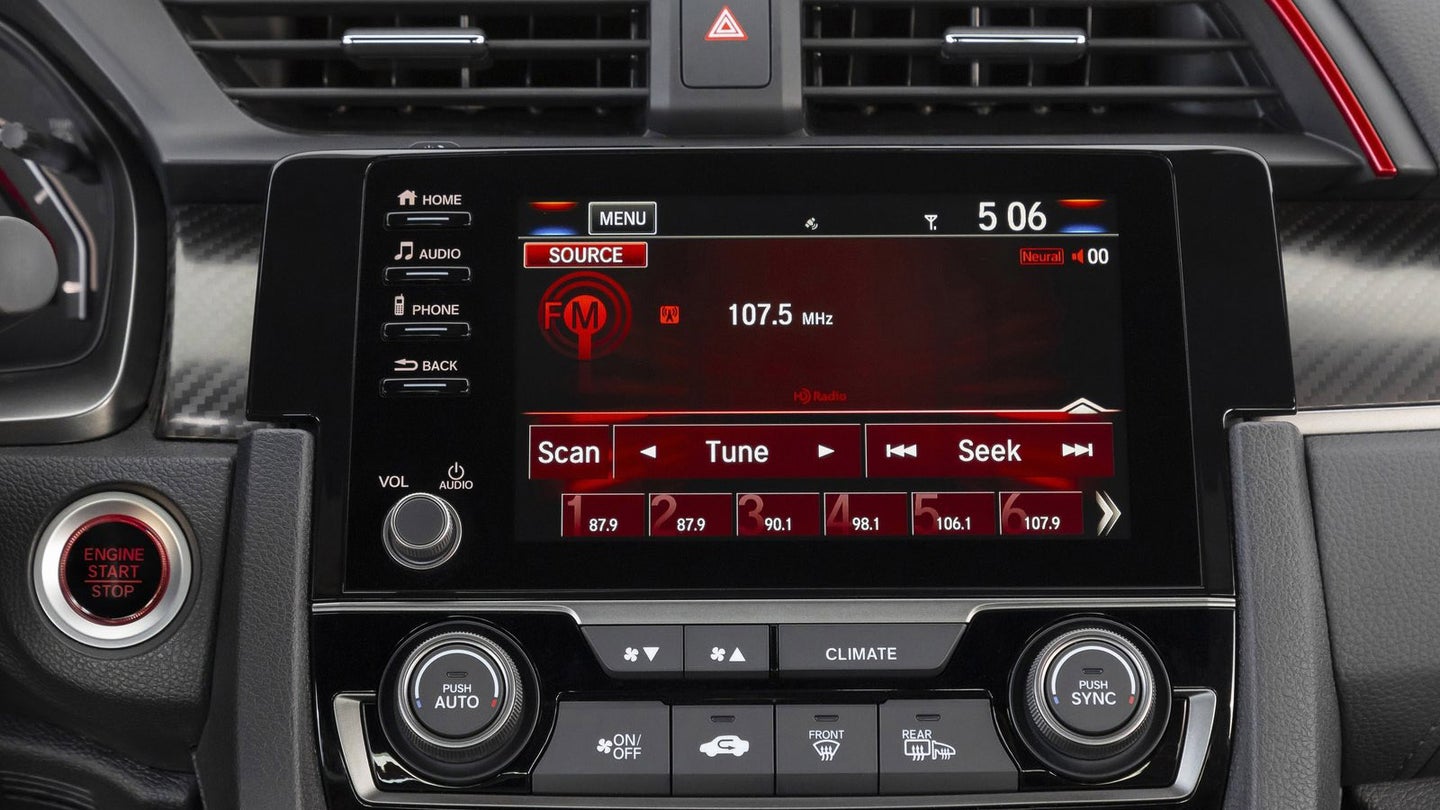 You have to look pretty hard—or at least, past any U.S. Mitsubishi dealership—to find new cars that are truly "bad" anymore. Not top of their class? Sure, we can't all be winners. But over the past decade, new cars have generally become safer, faster, cleaner, more reliable and better built than really any point in history. Yet as the latest J.D. Power 2020 Initial Quality Study notes, automakers still have a long way to go in improving infotainment systems, which are more important and control more functions than ever.

"Infotainment system" is a misleading and objectively bad name for the software and user interface that runs in a modern car, generally through a center-mounted screen of some sort, and operates various crucial features. Usually, this means the audio system and phone integration, but it can also control settings on the actual car, performance features and heating and cooling. They're standard fare on just about every new car you can buy now.

Problem is, they're often bad. And even when modern smartphones and tablets have become effortless to use, in-car systems are typically clunky, ugly, laggy, set up with confusing menus, require a steep learning curve and don't play nice with external devices. I see it all the time in modern cars I test in service of this great website.

Some systems are exceptional; BMW's latest version of iDrive has gone from industry joke to what I consider the current gold standard. Hyundai and Kia are typically powerhouses too, and Fiat Chrysler's Uconnect may be old, but it gets the job done much better than most. The Japanese automakers, however, have a lot of catching up to do; let's just say my experiences with what Honda and Toyota have won't be used in their marketing copy anytime soon.

But don't listen to me; listen to J.D. Power, who says that "Infotainment is the most problematic category" of any car feature tested in the 2020 initial quality surveys, and that "almost one-fourth of all problems cited by new-vehicle owners relate to infotainment." Those typically relate to voice recognition, Bluetooth connectivity, Apple CarPlay and Android Auto integration and navigation systems. The data is based on responses from almost 90,000 new car buyers and lessees surveyed after 90 days of ownership.

I reached out to Dave Sargent, who's a vice president at J.D. Power, for more details. Here's what he told me:

"I would say that the OEMs that have infotainment systems with the fewest problems are Hyundai Motor Group (Hyundai, Kia and Genesis) followed by the three Detroit automakers (who are all very similar). The Japanese manufacturers are next, with the Europeans lagging."

"Most of this is a result of understanding what U.S. consumers want and avoiding unnecessary complexity."

In a presentation, he elaborated on that, saying that the overwhelming problem of infotainment systems is their complexity of use—followed by issues with Apple CarPlay, Android Auto, connectivity and in-car apps.

What can we learn from all this? The way I see it, two things. The first is that cars have become computers on wheels, but not especially good ones; the second is that American buyers want their in-car tech experience to be as uncomplicated as possible, and automakers aren't putting enough resources in that direction.

And these systems are often more than just fancy ways to control the radio or make calls. Increasingly, if they fail, they can kneecap vital vehicle functions. In a move that ended up being unexpectedly timely, the National Highway Traffic Safety Administration said this week that it will launch a probe into the Tesla Model S after finding complaints about its media control unit failing prematurely. When that happens, as Reuters reports, drivers lose touchscreen functions like infotainment, navigation and the backup camera.

Infotainment systems likely aren't going anywhere on new cars. But they still have a long way to go before they're as usable and reliable as the family iPad.