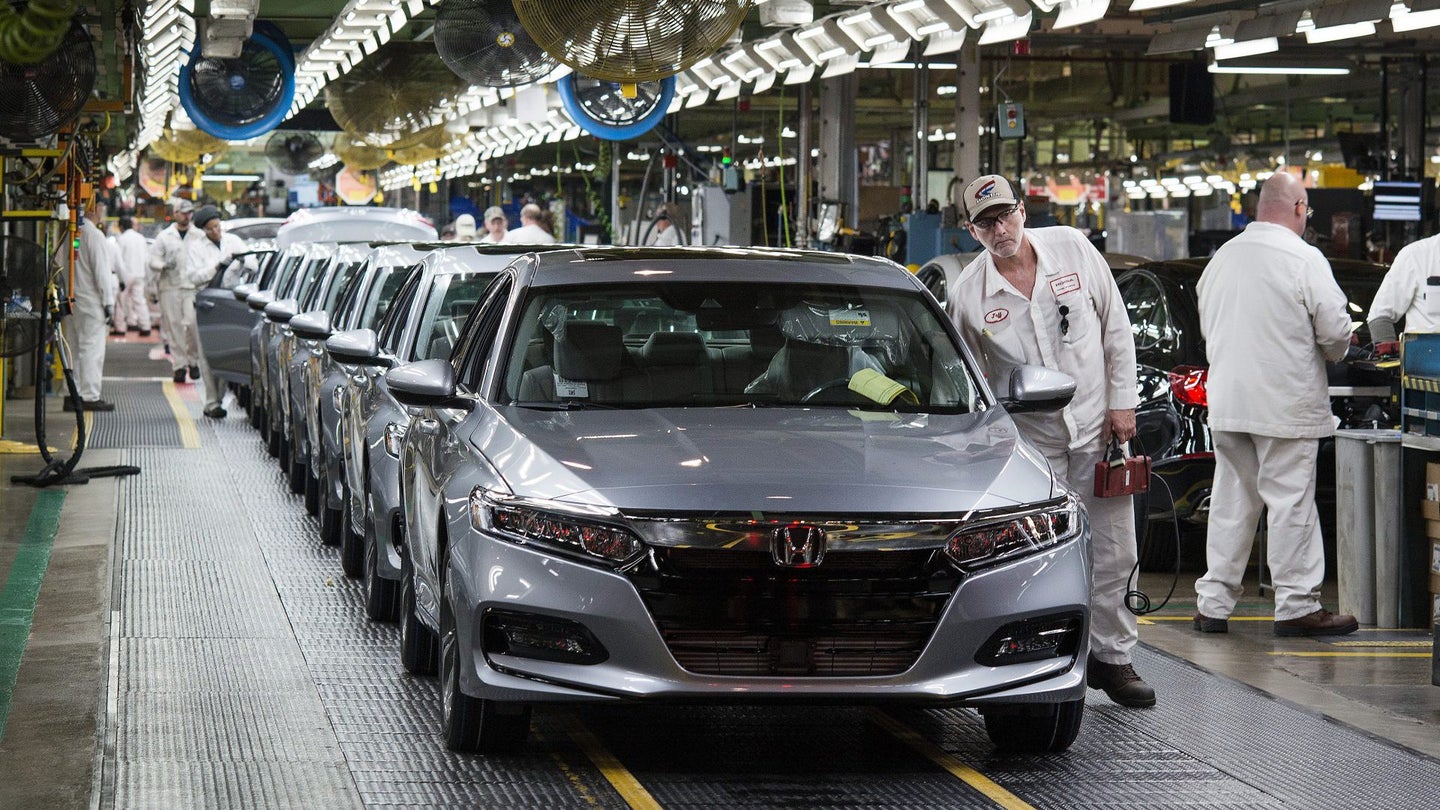 In spite of widespread acclaim from critics, endless industry awards, and Type R-chasing tunability, the 2018 Honda Accord just ain't selling. The previously-popular-as-hell midsize sedan is having such an underwhelming time at the dealerships that Honda is cutting back on its production, reports the Wall Street Journal.

According to a Honda spokesman speaking to WSJ, Accord production will be halted for a total of 11 days throughout the next several months in order to "focus on aligning production to current market conditions." These include two days a month from April to June followed by five days at the top of July. During those days, the Marysville, Ohio plant's 4,200 workers have the option of either taking vacation days, unpaid days, or coming to work so they can carrying out "other tasks." That break room microwave's not gonna clean itself, Gary.

While it would be easy to blame the Accord's (and the entire sedan genre as a whole's) decline on those peskily popular crossovers—and make no mistake, they bear much of the guilt here—partial responsibility should be attributed to Honda's less-than-competitive lease deals. As it stands, Honda is offering $249 per month for 36 months with $3,199 down for a base model LX in California. Everything else being equal, a comparable Toyota Camry can be had for just $219 per month and $1,999 due at signing. I mean, unless you're a devout Honda lessee, it's not hard to see why the market is passing on the company's midsize sedan.

As we've previously reported, Accord inventory in America sat at a higher-than-average 104-day supply as of the beginning of March. In comparison, the average car in the U.S. is stocked just 70 days in advance. The planned stoppages will presumably bring the Accord's inventory down to a more, let's say, realistic level.

We've reached out to Honda ourselves and will update this story when we hear back.

The 10 Cars Most Likely to Hit 200,000 Miles, According to Consumer Reports

Surprising no one, this list is dominated by two Japanese manufacturers. Can you guess which ones?

2018 Honda Accord Hybrid Will Be Much Cheaper Than Outgoing Model

Now you can save money both at the pump and at the dealer.

The Honda Accord Is Great, but It’s Not Selling

The new model is a significant improvement over the previous one, but sales have declined since its introduction.