The Accord driver suffered serious injuries to his eyes and face caused by the shattered glass. 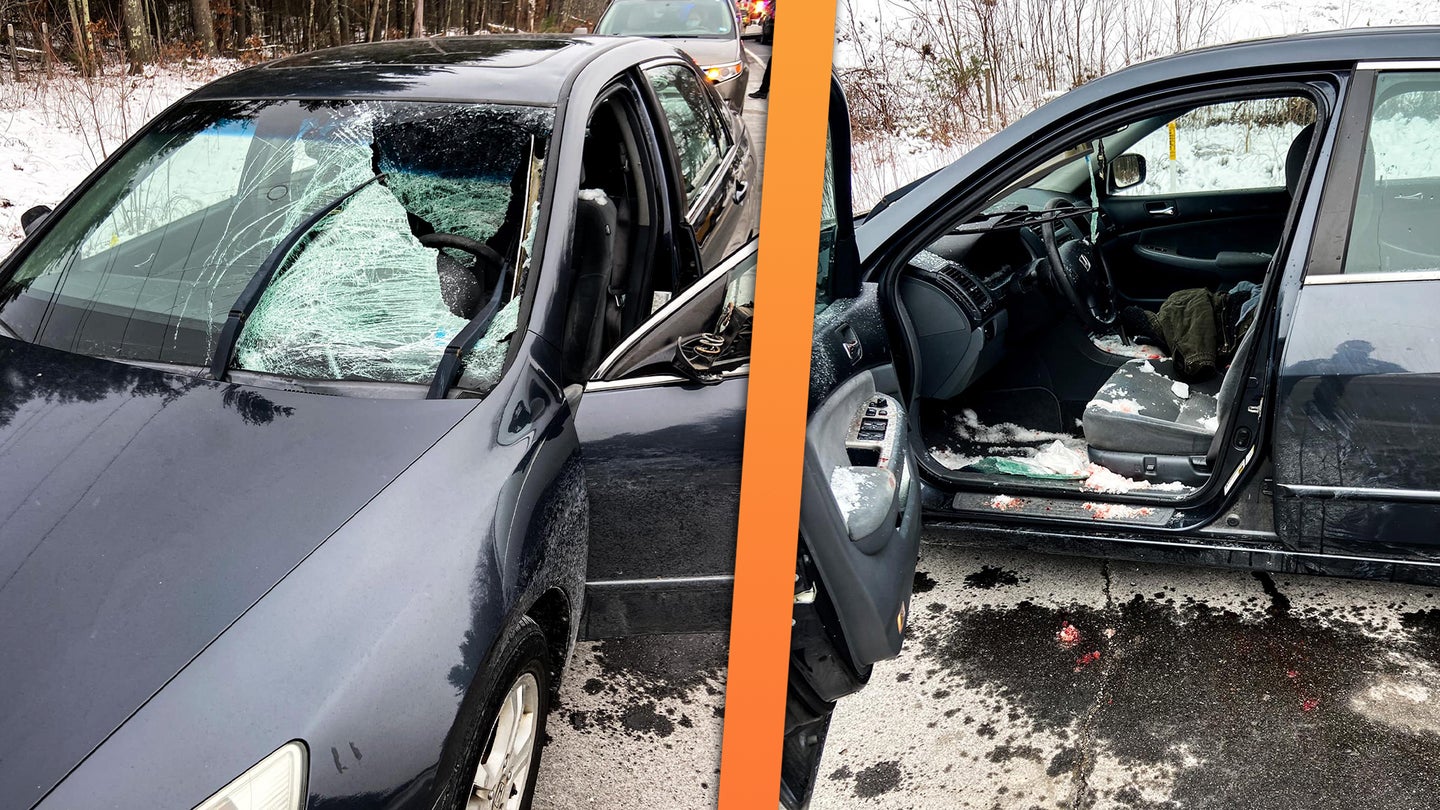 Clearing snow and ice off your car is important and, in multiple states, it's legally required. Snow falling from a vehicle can injure or even kill other motorists, which is why the state of New Hampshire passed a law in 2002 requiring drivers to clear snow from their vehicles before driving on the road. Despite this, a box truck driver from Londonderry, New Hampshire is being accused of failing to clear the snow off his roof, which eventually fell off and seriously injured a driver following behind, as local news station WCAX3 reports.

This wasn't just a case of snow-obscured vision, either. The windshield of the Honda Accord involved in the accident was completely caved in, with both wipers bent back into the vehicle's cabin. The driver reportedly suffered serious but non-life-threatening injuries to his face and eyes caused by the shattered glass.

Jessica's Law was passed 18 years ago in New Hampshire after Jessica Smith was killed when ice from a tractor-trailer hit a box truck, which ended up hitting her car. The law fines drivers $250-$500 if they fail to remove snow from their vehicles, with subsequent offenses costing drivers as much as $1,000. Of course, the truck driver in this case will be receiving more than a fine for the serious injuries that were inflicted on the driver behind him.

Richard Leiter, 60, faces charges of vehicular assault and reckless conduct, along with a negligent driving violation in the crash which took place on Dec. 9. He was arrested Wednesday, Dec. 16.

Lack of visibility caused multiple drivers to crash into one another in Michigan.