The Travelodge had just finished and was ready to be turned over to the new owners later that day. 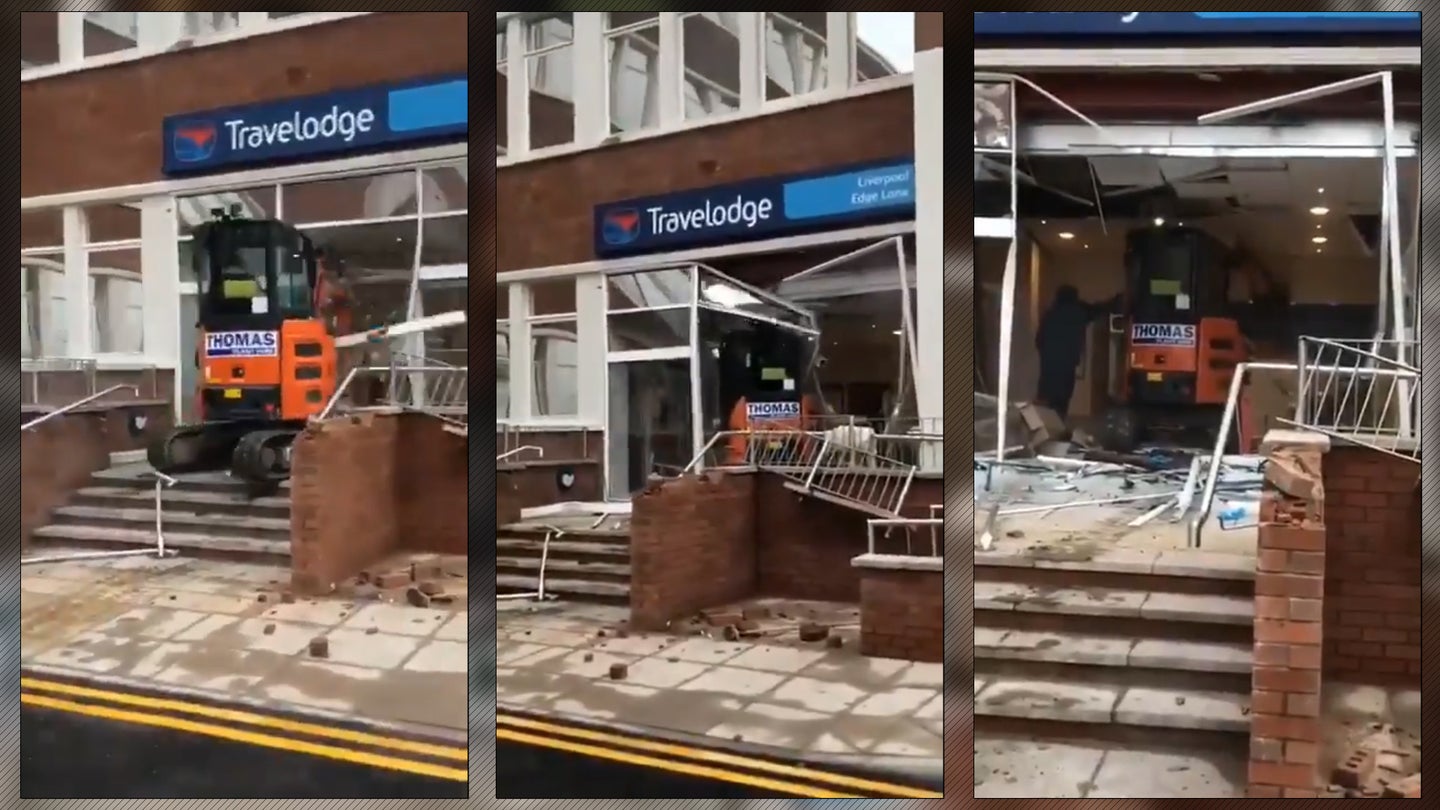 Police in England is searching for a man who drove a mini digger through the lobby of a brand-new Travelodge hotel on Monday afternoon. In a video posted to Twitter, the man driving the piece of equipment, who was identified as an employee working the job site, can be seen smashing the front door and entering the lobby, then repeatedly striking the interior of the building using the digger's bucket.

An employee simply known as "John" was reportedly disgruntled over a dispute related to his pay, claiming that $782 was owed to him. Reportedly, no sources have been able to verify this figure with the site owner or employee directly. While waiting for his boss to arrive on Monday afternoon, John is said to have grown impatient and took matters into his own hands, taking control of a mini excavator and wreaking havoc on the property on the same day that the building was to be turned over to the new property owners.

"The handover was today, everything completed, we'd put the last tile in, cleaned up and made sure everything was perfect," said Samuel White, a ceiling fixer who was working at the Hotel. "Then some idiot in a mini digger decided to drive through the middle of the building. There were loads of workers outside all gobsmacked, jaws to the floor wondering what's going on. The site manager was running around like a headless chicken, he wasn't happy at all."

According to The Sun, one co-worker at the site alleges that the employee had been paid late and did not yet check his bank account to verify that the funds were deposited.

"The money was supposed to go into his bank on Friday." The unnamed source told The Sun, "But there was some kind of glitch and it didn’t go in until Monday. He didn’t check his bank account and didn’t realize he’d actually been paid. That’s why he went mental and wrecked the place.”

Site owner Valedown Ltd. had hired a firm to construct the building which was to be used as a Travelodge hotel. Both Valedown and Travelodge have reportedly refused to comment to the Telegraph on the incident, citing the ongoing investigation. Travelodge did note that the property is still the responsibility of the developer. The Drive has reached out to both parties for confirmation but has not received a response at the time of writing.

Despite the odd chain of events, the public has seemingly sided with the employee. A GoFundMe has raised about $7,400 (5,700 GPB), nearly ten times the amount requested to reimburse John the pay which is claimed to be owed. The campaign says that excess funds will be used for legal fees and expenses resulting from the employee's self-induced demolition.