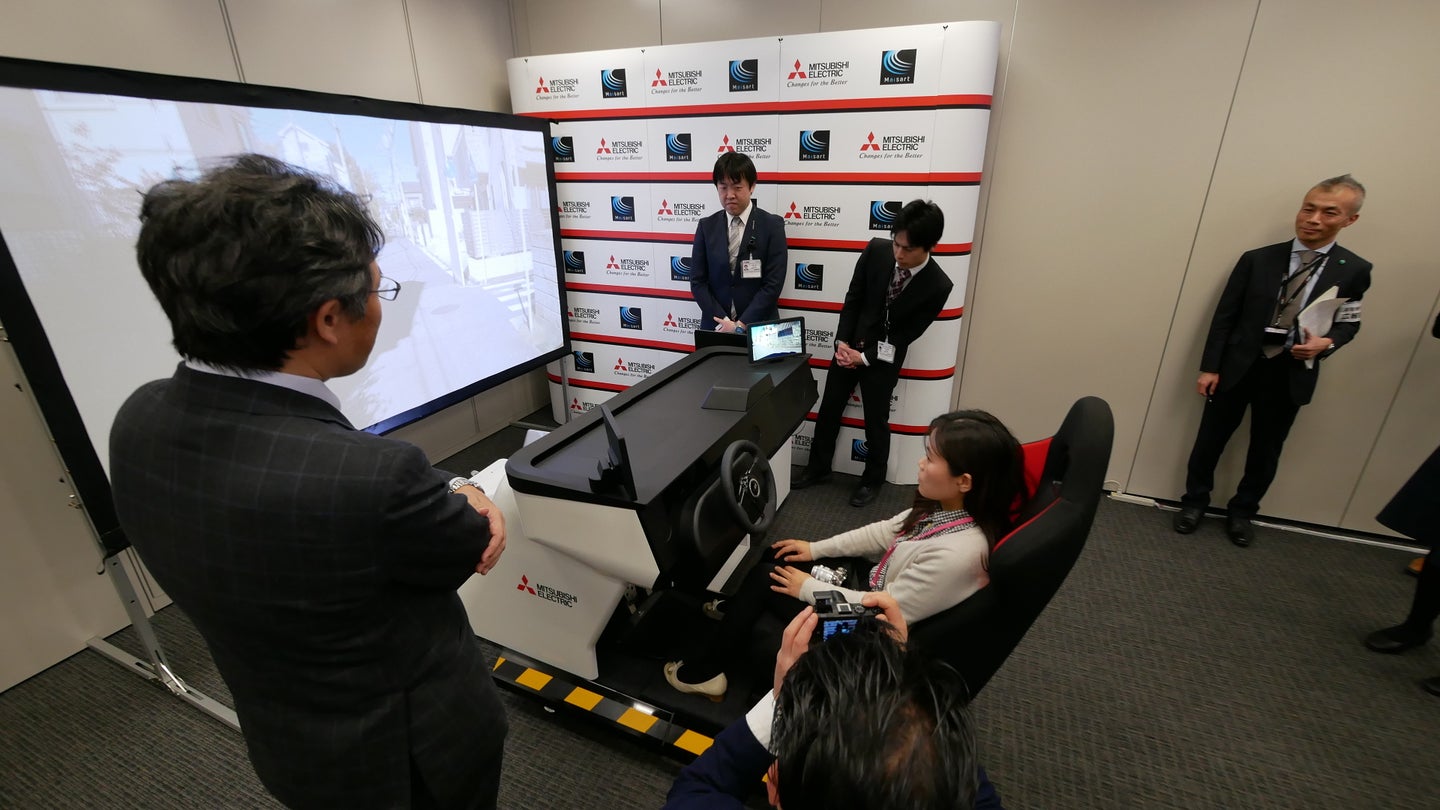 Does this sound familiar? You are threading your car through a dense neighborhood as your nav system announces:

You peer through the windshield, and mutter: “This one? Or the next one?”

The nav system can’t hear you, and it leaves you guessing.

The matter is especially pressing in a country like Japan, with its warren of little streets and similar-looking houses. So it fell to a Japanese company to finally come up with a solution.

As a preview of a broader announcement next month, the solution was shown to me this morning in a downtown Tokyo meeting room of Mitsubishi Electric

Again, the driver muttered: “This one? Or the next one?”

Except this time, a human-sounding, but still artificial voice answered: “Not this one, the next one.”

The immensely helpful system is quite tricky to implement properly, Mitsubishi engineers explained to me. “Cameras monitor the lips and eyes of the driver, to see who is talking and where the person looks,” told me Masahiro Abukawa, General Manager of Mitsubishi’s Human Intelligence Technology Department.

Detection of who’s talking is necessary to filter out comments by backseat drivers not worthy of computerized assistance. When kids in the rear asked, “are we there yet?” Mitsubishi’s voice robot wisely remains silent. To help the robotic brain understand what the muttered “This one? Or the next one?” refers to, it detects where the driver is looking.

Also demoed was another urban jungle survival tool: little cameras mounted into the nose of the car (or repurposed sensors from the existing suite) that can tell the driver if the road is clear when edging out of a garage or narrow alleyway. Cameras and corresponding small monitors are engaged via the driver’s eye movement.

Both technologies are building blocks in Mitsubishi Electric’s MAISART compact artificial-intelligence technology for smart mobility, the company says. Rather than trying to do away with the driver, MAISART, like other ADAS technologies by Japanese OEMs like Toyota or Nissan, is focused on assisting the driver as much as possible, and on turning her or him into a bionic driver with capabilities unsurpassed by man or woman. This approach is essentially the "augmented driving" concept championed by The Drive's Alex Roy.

You can buy the MAISART stack if you are an OEM, or a component manufacturer. Except for possibly sticking it into own boxes for industrial automation and such, Mitsubishi mostly licenses the technology.