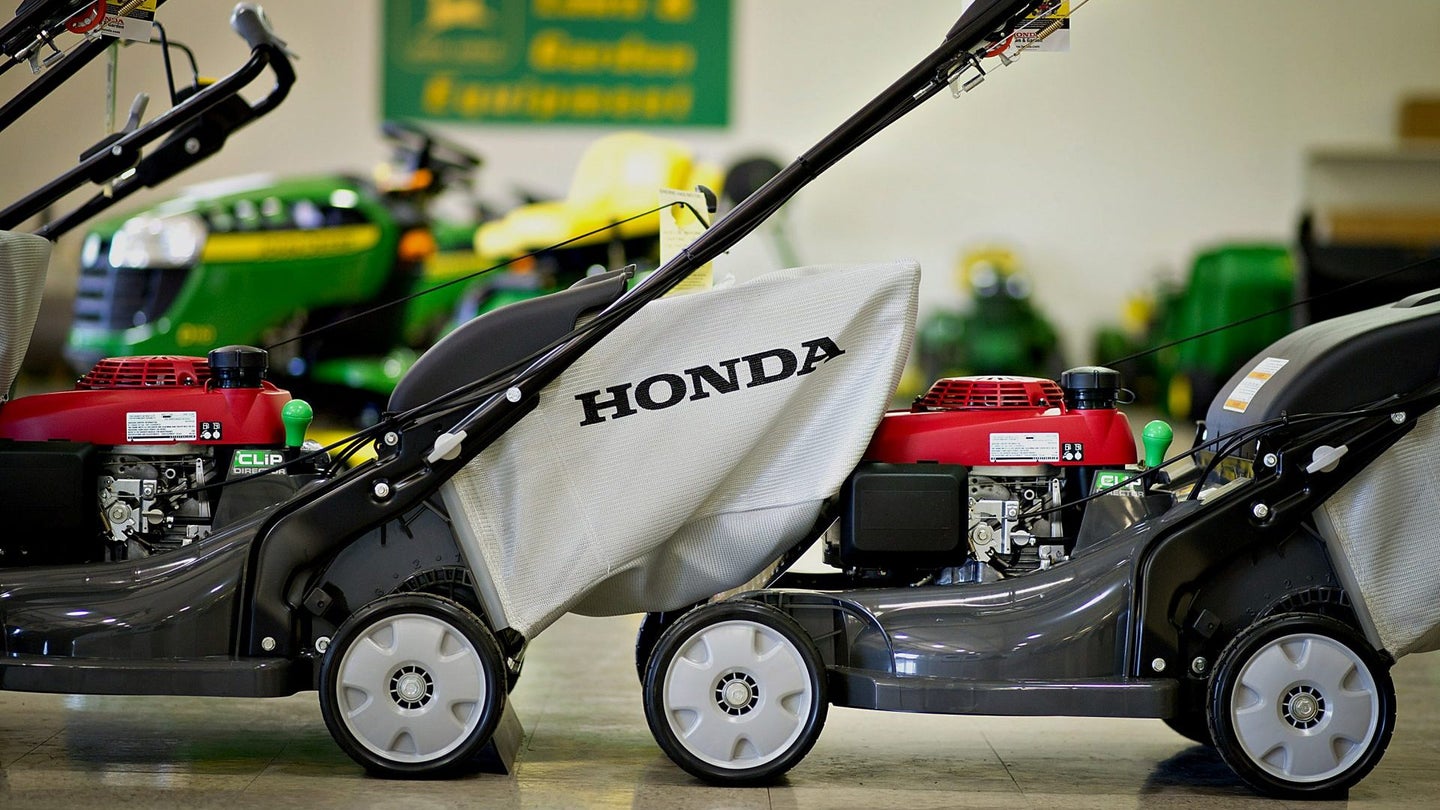 Back in 2014, Honda secured the absurd record of World's Fastest Lawn Mower, with its 116.57-mph "Mean Mower." The following year, some Norwegians paired their own mower with a 405-horsepower V8, snatching the record from Honda, and escalating it to 134 mph. After some time spent in the shop (and maybe the bar), Honda decided to recapture the record, and announced Monday that its Mean Mower has received a serious overhaul in the form of a new, modern bike engine.

The original Mean Mower used the 996 V-twin from a Honda VTR 1000F Firestorm, which produced 110-hp, and 72 pound-feet of torque. Updated with an engine pulled from Honda's CBR1000RR Fireblade superbike, the Mean Mower Mark 2 uses the bike's 999-cubic-centimeter inline four with dual overhead cams and 16 valves, which squeezes out 189-hp at a tall 13,000 rpm, and 106 pound-feet of torque, according to Honda's spec sheet on the bike.

All of the additional power is enough to push the mower to a top speed said to be greater than the 134 mph record, but no specifics have been detailed. Honda promises information on the new record attempt will be released soon.

Lawn mowers have plenty of company among land speed records not held by normal cars. Around this time last year, the record for the world's fastest bumper car was rewritten by a custom-built bumper car which averaged 100.3 mph in a two-way run. Elsewhere, the 47.6 mph Cedar Rocket is the record holder for the world's fastest log and went up for sale earlier this year, fetching $350,000 at Barrett-Jackson. I wouldn't have minded a ride in it before it sold, wood you?

Ali Reda sold 130 cars a month last year, more than some dealerships, but the previous record holder is disputing his claim.