Honda’s previous record was broken in 2015 by a Viking lawn tractor with an LS V8. 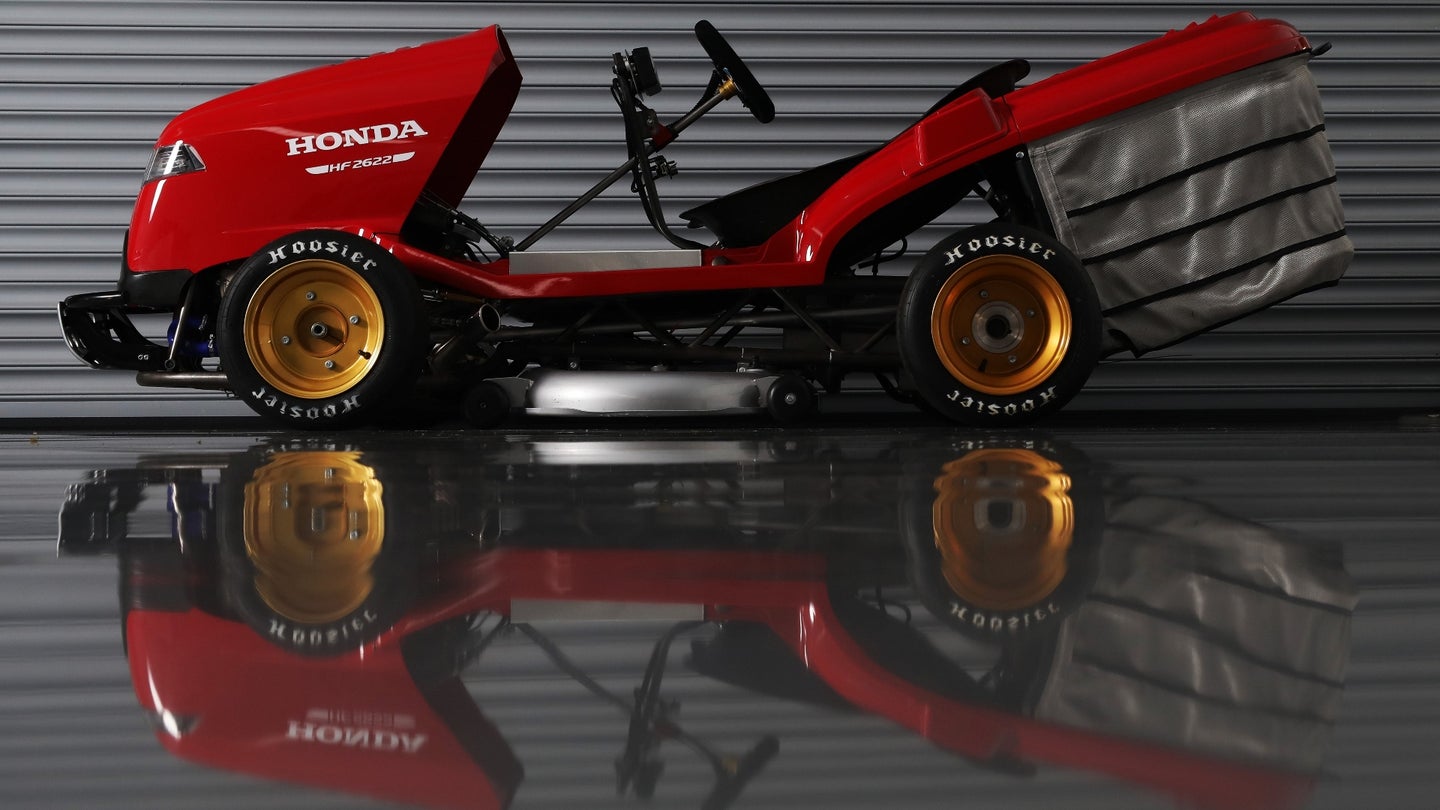 What happens when you put a 999 cc motorcycle engine in a lawn mower? Hopefully, a world record. That’s what Honda UK is going for with what it calls the Mean Mower V2 with a target top speed of 150 mph. And we’re not talking about a lawnmower chassis with a crazy engine in it. We’re talking about a fully functional lawn mower that can actually mow your lawn thanks to carbon fiber blades powered by electric motors.

At the heart of the Mean Mower V2 is the aforementioned 999 cc inline-four engine from a Honda Fireblade SP motorcycle. What the Brits call the Fireblade, us Yanks call the CBR1000RR. The motor is stock and in the Mean Mower V2 it makes 189 horsepower and 85 pound-feet of torque. Pretty good stats for a sport bike, unbelievable stats for a lawnmower. It gets 35 mpg and Honda says it can go zero-to-60 mph in less than three seconds. The engine is linked to a six-speed sequential manual transmission with steering wheel-mounted carbon paddle shifters.

As for the actual lawnmower, it’s a Honda HF2622 lawn tractor. It has a T45 steel custom-made chassis and weighs a little more than 300 pounds. It’s equipped with Hoosier R25B racing slick tires and no suspension. Stopping power comes from Kelgate brakes; four-piston calipers in the front, six-piston in back. This mower also comes with titanium Scorpion headers and exhaust.

So, why is Honda doing this? Simple, to reclaim the throne of world's fastest lawnmower. Honda broke the record with the original Mean Mower back in 2014 with a speed of 116.575 mph. Honda’s record was beaten by The Norwegian Speed Factory Team which took a GM LS V8 and stuffed it into a Viking T6 lawn mower making it hit 134 mph. If everything goes as planned with Honda’s new project, it could beat that record with a lot less horsepower.

Here’s a teaser from back in April with 23-year-old kart racing star Jess Hawkins revving the Mean Mower V2 in its early stages.