Honda has announced tweaks to the 2020 Civic Hatchback and headlining the changes for enthusiasts is the availability of a six-speed manual transmission on the car's top-of-the-line Sport Touring trim level. Previously, the manual gearbox was only offered on the Sport which means hatchback Civic buyers can finally have a clutch pedal and the nicer infotainment system; they were previously forced to choose one or the other.

This may or may not be in response to the fact that Honda, despite the manual's supposedly waning popularity, reportedly sold more row-your-own's in 2018 than it did in 2017. It's also a nice contrast against Mazda's decision to restrict the Mazda3's manual to just the top-trim, front-wheel-drive, hatch model.

Depending on how good you are at spotting minor visual differences between cars, you might notice the cosmetic revisions Honda has leveled at the 2020 Civic hatch. The black fake vents in the front and rear bumpers now feature a body-colored bar slashing through 'em. Oh, and if you look closely at the ones up front, you'll notice that they aren't really fake vents anymore as Honda has done away with the admittedly tacky faux-air vent hexagon motif and have just left them as plain, black plastic slabs. The rears, however, remain phonily vent-y and hexagonal.

Honda has also given the liftback compact new wheel designs and new interior patterns on all trims as well as a smidge of mascara, darkening the headlights which now feature wider and longer LEDs on the Sport Touring trim.

Continuing with the trim-specific value enhancements, the EX model receives an eight-way power driver's seat and leather on the steering wheel and shift knob. The Sport trim now gets the 7-inch touchscreen infotainment display with Apple CarPlay and Android Auto instead of the dinky non-touch, 5-inch LCD unit it's been saddled with before. Sport-level Civics also benefit from keyless entry, push-button start, and remote start.

The base 2020 Honda Civic Hatchback starts at $22,580 including destination. Those interested in the newly-available manual Sport Touring should prepare to pay $28,980. 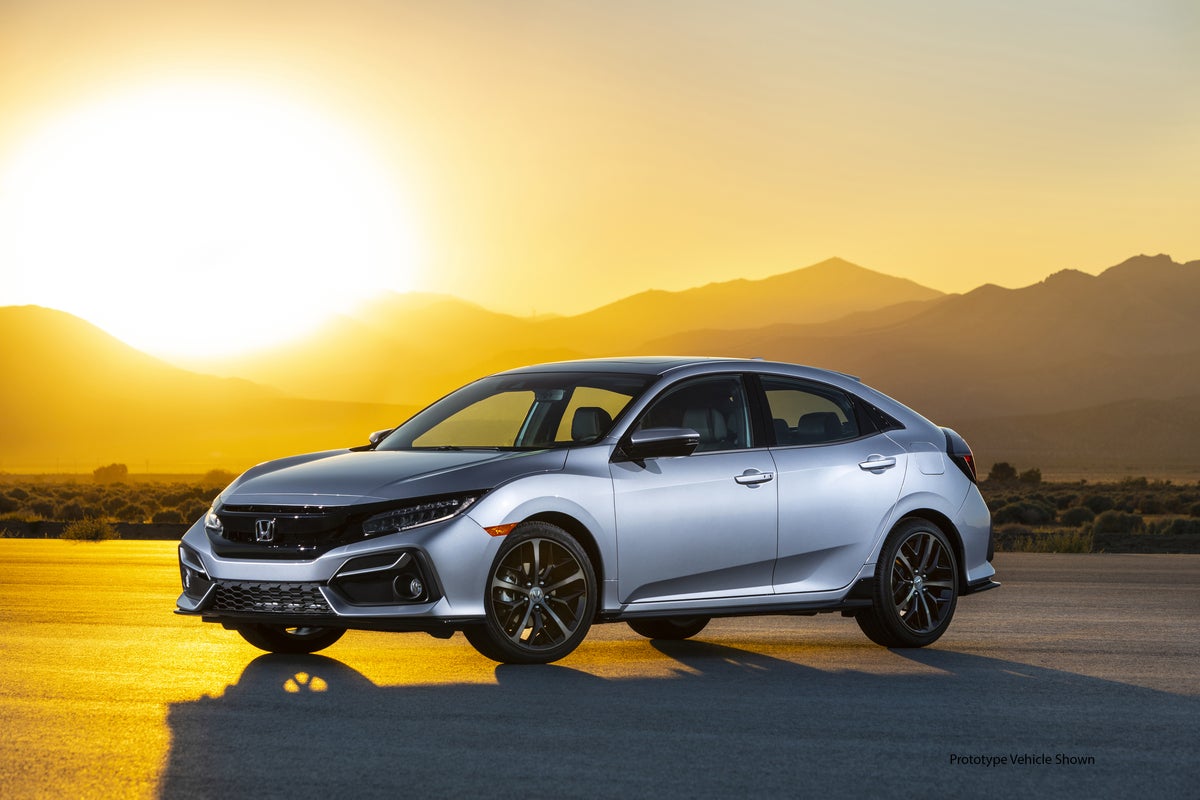 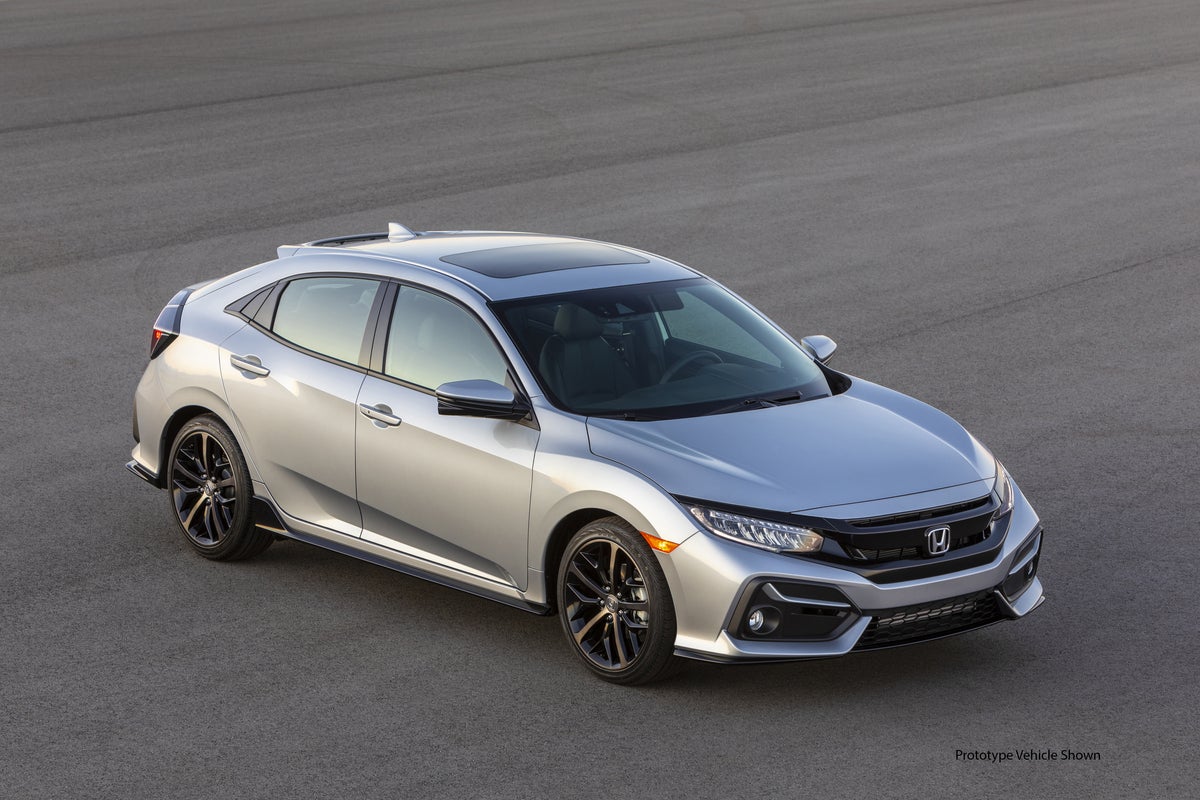 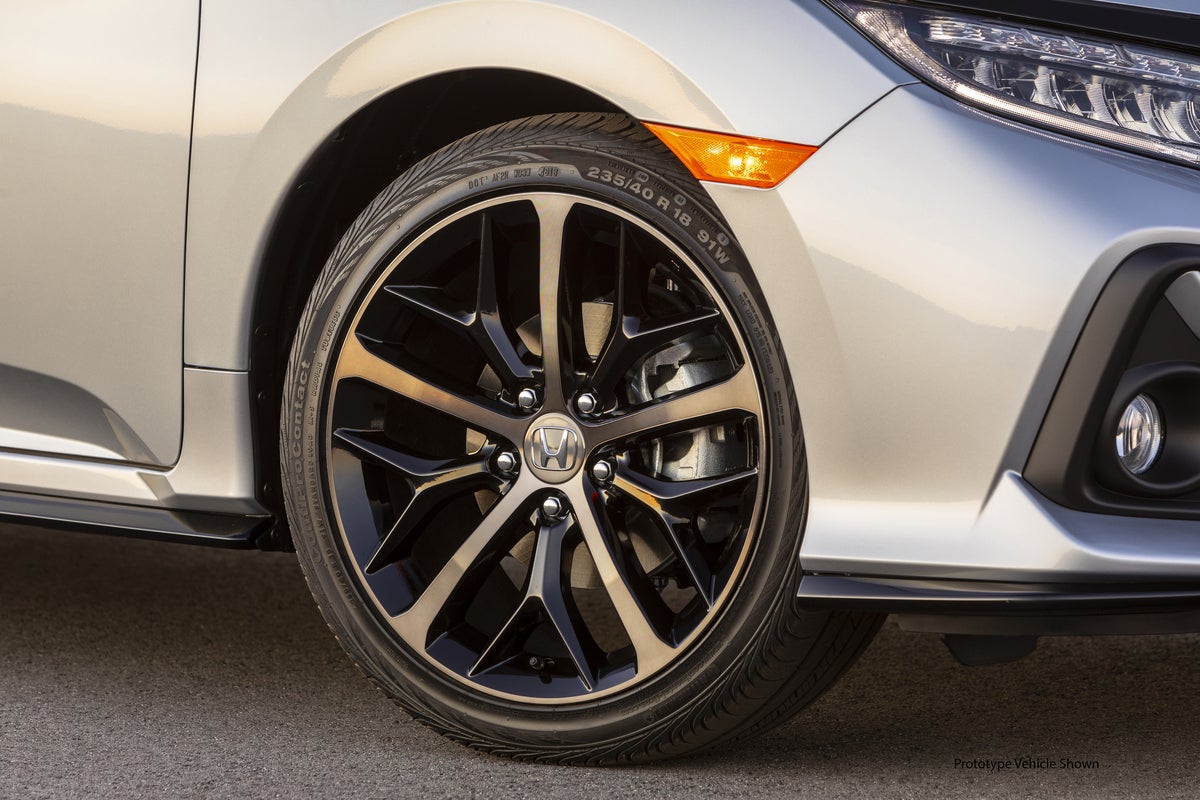