Watch a Honda Civic Thief Get Stopped by a Manual Transmission

The classics never get old. 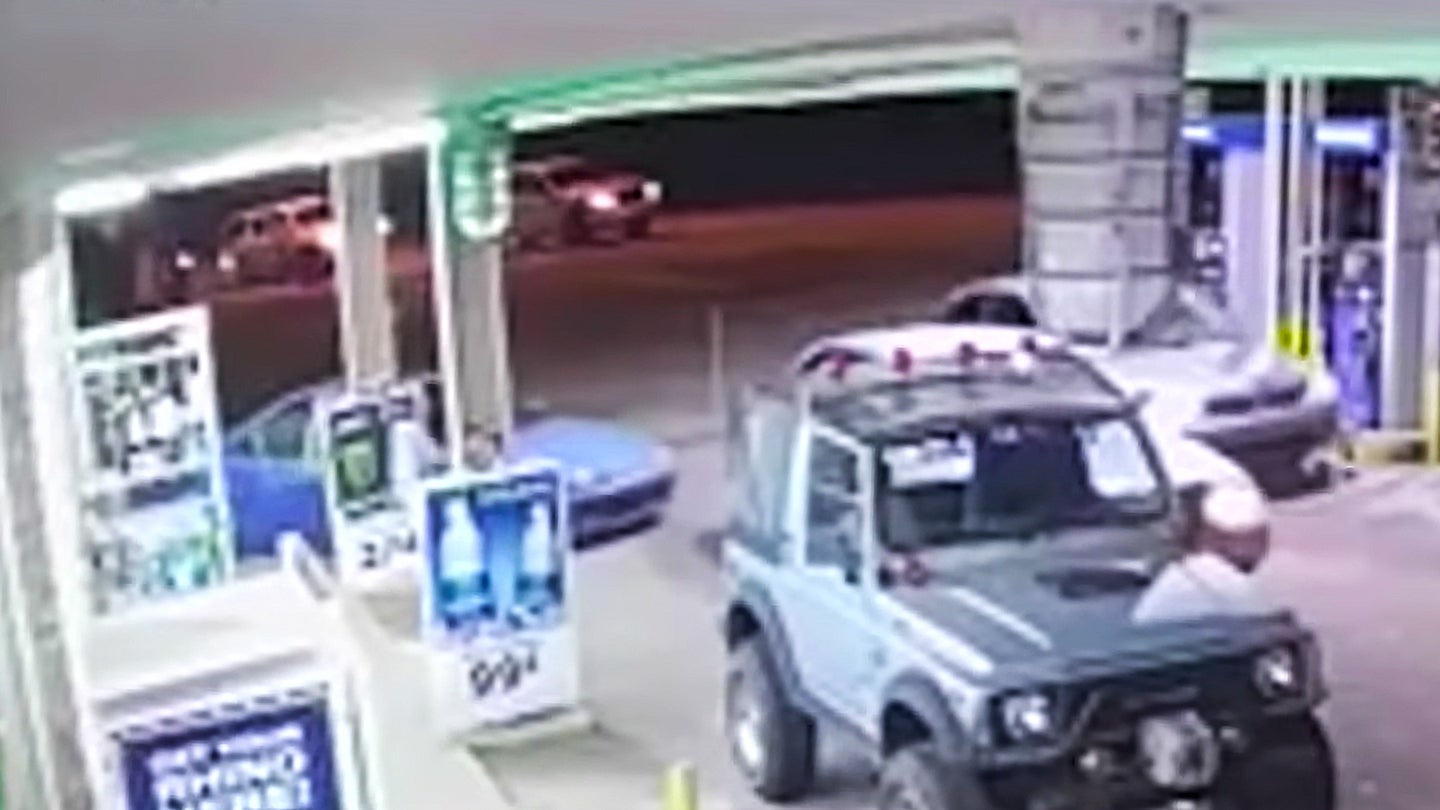 The Honda Civic routinely ranks as America's most stolen car each year, something an Alabama man learned in sharp relief when a crew of thieves attempted to nab his ride as it was left idling at a gas station last week. Thankfully, they were unsuccessful, and now security footage from the building shows exactly what went wrong: the car had a manual transmission.

According to Fox 10 News, the owner left his 1995 Honda Civic unlocked and running in a parking spot at the gas station outside Mobile when he ran into the convenience store. Less than a minute later, the quartet of ne'er-do-wells showed up in their own SUV; spotting the opportunity, two of them immediately hopped out to steal the innocent Honda.

We're not sure how they managed to get behind the wheel without realizing that it had a stick shift, or that none of them actually knew how to operate one. Whatever the case, the security footage shows the blue Honda sitting in its spot, distinctly not moving as the irate owner comes dashing out to confront the thieves. Or are they simply trespassers at this point?

Regardless, you can see the owner actually attempt to yank one of them out of the driver's seat before the car lurches forward a few feet. That's as far as they'll get—while the owner runs back into the store to grab his phone, the pair give up and sprint away. Meanwhile, their accomplices in the SUV are too slow to drive off, giving the owner a chance to record their license plate and faces.

The Mobile County Sheriff's Office arrested two of the suspects, Dustin Roberson and Blake Lawrence, and have reportedly issued warrants for the remaining two. Detectives say Lawrence is also a suspect in the attempted robbery of another gas station that same day, which ended with the cashier ignoring his "homemade weapon" and Lawrence buying a six-pack of beer.

Sounds like an accurate character profile for a man who would try to steal a manual transmission car without knowing how to drive one.

This kind. But I am willing to learn.